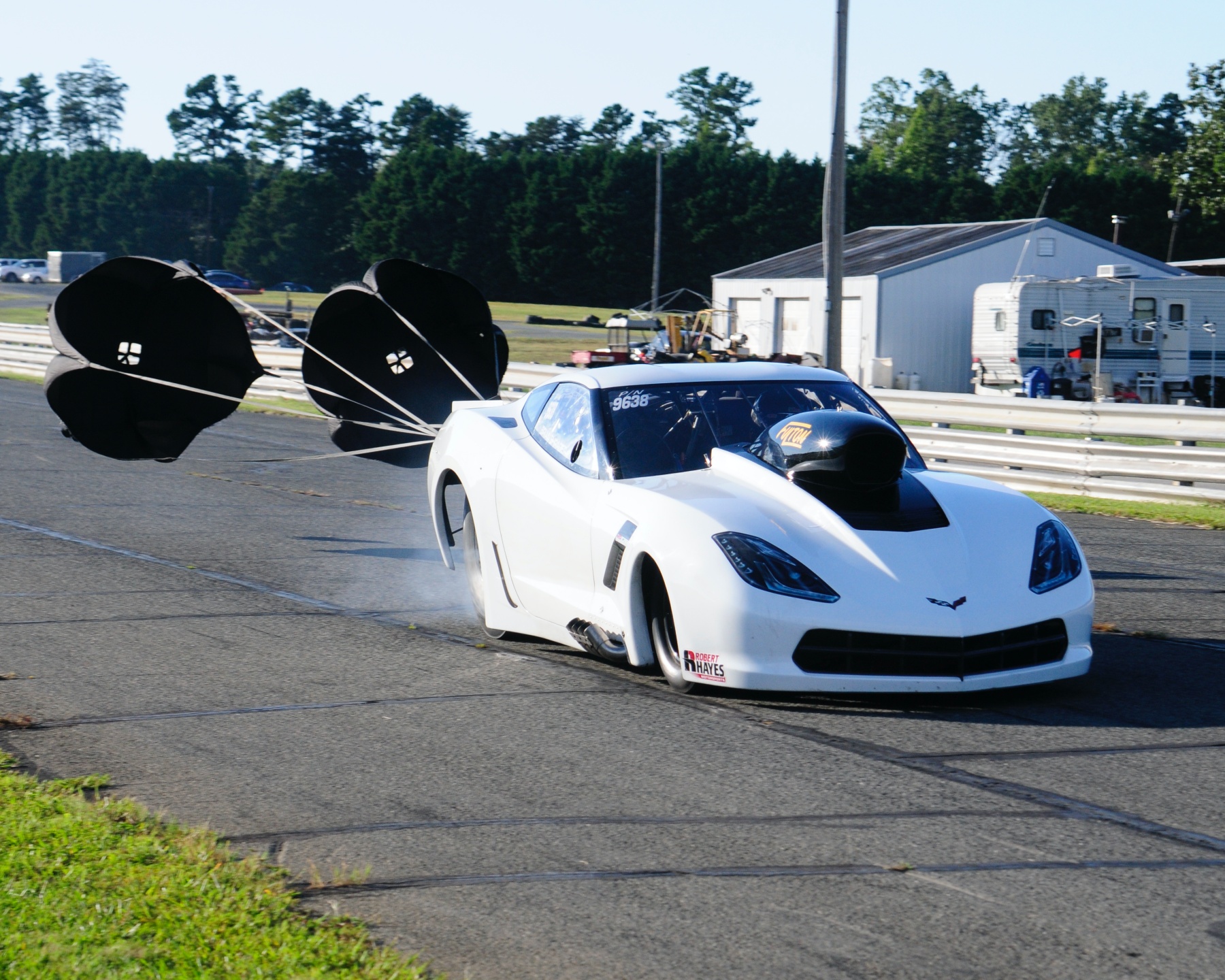 With 12 cars on the property, it goes without saying that the Big Dog Shootout, once given up for dead, is back. On this September day, the 12 cars were different from the August event, with Shannon Wilson’s beautiful ’49 Merc and Chevy Floyd’s Corvette not in attendance. In their places were Scott Lang’s supercharged Mustang, maintained by Charles Terrell, and the X275 Mustang of Anthony Matney, complete with big tires. 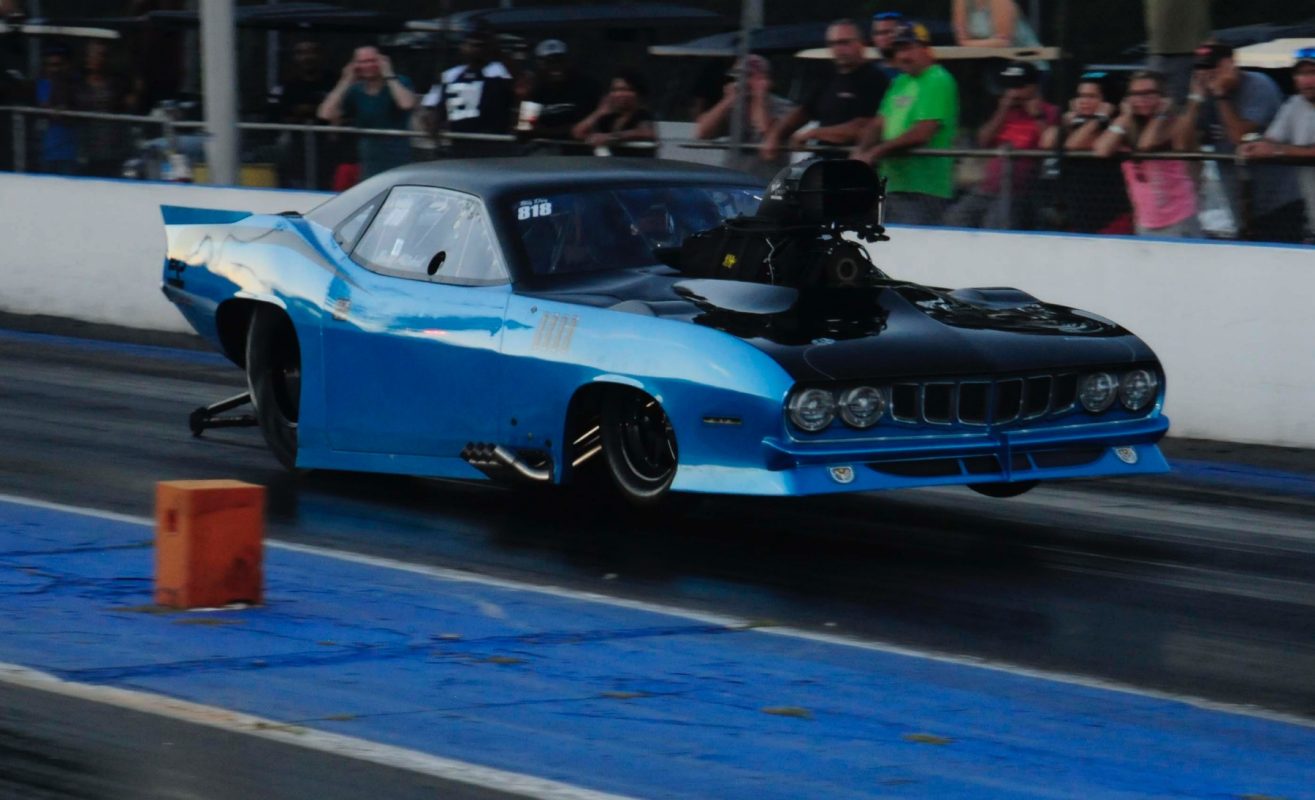 Again, as before, when qualifying was over, much had happened. The Shrader Corvette was on the pole with a 3.842 at 194.88 mph. Second was “‘Cuda Time” and Barry Mitchell at 3.876, of course tuned by Todd and Ty Tutterow. Third was Mike Graham in his Virginia Speed ’69 Chevelle at 3.889 and Jason Harris at a 3.907 using two different cars, one in each round. Cam Clark would have been in the No. 5 slot at a 3.940, but an unfortunate mishap between he and the Camaro of Graham Hayes disabled both cars. Fortunately both were unhurt, but please use your safety equipment – it works. Robbie Keziah was in the No. 6 slot at a 3.988 and No. 7 was occupied by Rocky Raynor, returning to competition in the former Jason Harris’ Corvette with ProCharger power by PAR Racing Engines. No. 8 would have been Hayes, but the accident allowed Lang and Travis Harvey to run in the first round.

The first pair up included Mitchell defeating Lang and Harris over Graham with a 3.80. Harvey drew a very uncharacteristic red light losing to Keziah. Shrader ran a 3.80 to defeat the Raynor Corvette.

Semis included Harris hurting a motor in the “Silver Bullet” losing to Keziah, who ran a 3.88. In the other pair, Shrader ran a very nice 3.798 to go to the final over Mitchell in ‘Cuda Time. 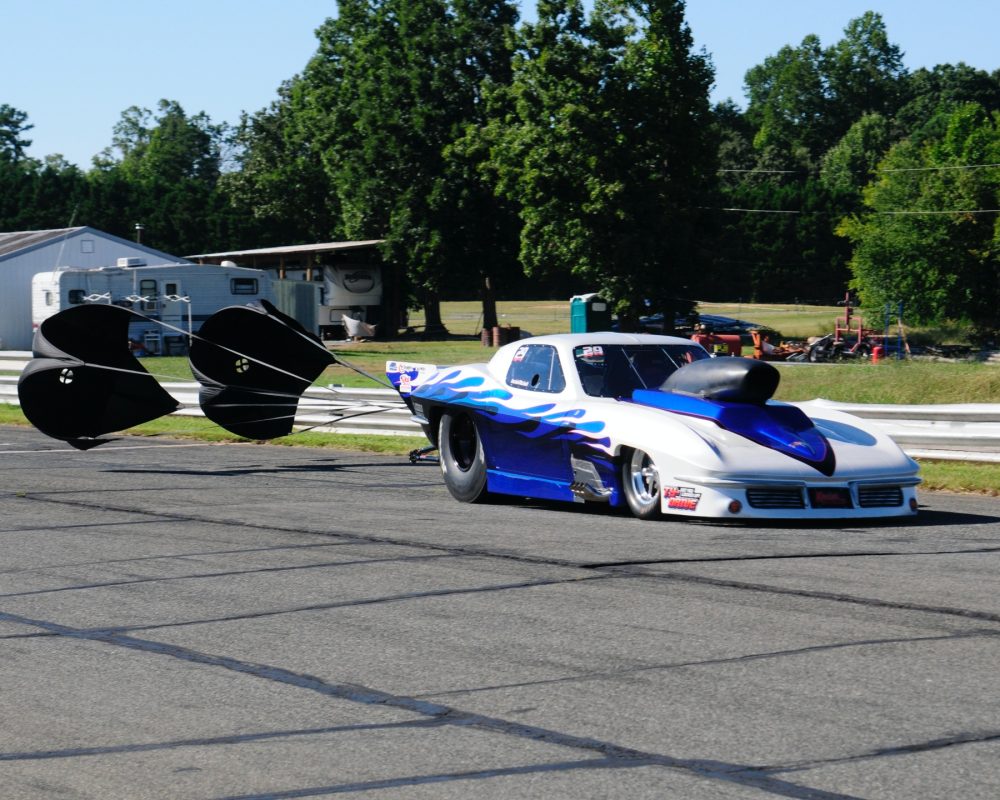 The finals had Shrader using a bracket-like 3.80 to defeat the Keziah Corvette, repaired from last month’s fire, running a 3.87.

The final Big Dog Shootout of the season will be on October 8, and should feature Shrader becoming the 2022 points champion, barring any problems. It has been a terrific season that began with four cars on the property for the first event. Then the Drag Illustrated interview with Jason Harris seemed to open the floodgates for full eight-car fields with now two events with 12 cars to qualify for eight spots. Once again, the “DoorSlammer Capital of the World” did not disappoint. See you October 8.

Also contested will be the Outlaw DoorSlammer Eliminator, right now in a virtual tie between Travis Harvey and Michael Otis Adams. The other eliminator is the 7.49 class, which features a tight battle between past champion, Melvin Watlington Jr. and Jeff Corey.