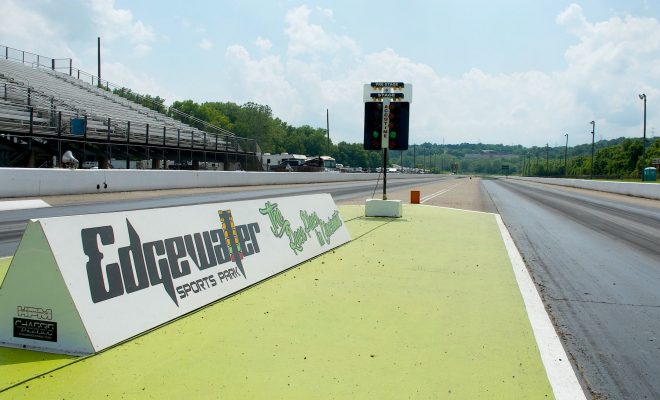 The passing of Edgewater Sports Park owner Dick Weinle in late 2019 left some pretty big shoes to fill in a variety of areas, but the Weinle family is convinced they found the right man for the job of race director when they tapped the expertise of famed bracket racer Scotty Richardson, who was hired at the beginning of 2021.

Rob Weinle, the youngest of five sons who are the heirs of this iconic dragstrip owned by their father, was first to meet with Richardson and immediately knew Richardson was the person to take the track in the direction it needed to go.

“Everyone kept telling me I needed to talk to Scotty Richardson, and so I did and I liked him,” says Weinle, whose father owned the Cleves, Ohio, dragstrip from 1979 to 2019. “As the sons of a gentleman who owned a racetrack for 40 years, we knew surprisingly little about the nuts and bolts of racing.”

The brothers have all owned successful businesses over the years, they just weren’t entirely related to racing. “The world lost a wealth of knowledge with the passing of our father,” Weinle says.

Richardson believes his arrangement with Edgewater Sports Park is the perfect marriage, and he was thrilled to assume the role of race director at the onset of a brand-new season. In addition to being a well-known fixture in big-money bracket racing, Richardson is also a multi-time world champion who’s won many races across the county, including several at the track that now employees him.

“I didn’t race here a lot, but my best memory is winning a NHRA divisional at Edgewater in 1994,” recalls Richardson. 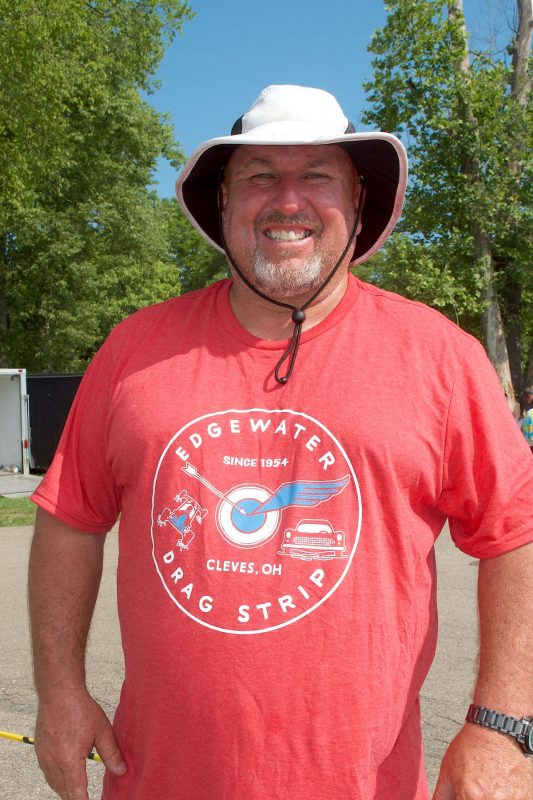 When he came to Edgewater to answer the new position, he found a facility with tons of potential for growing an already robust business. There’s a huge pool of racers from which to draw from nearby Cincinnati and the surrounding areas.

“The goal for this year is to simply finish the races we run and get a core foundation started for the future,” says Richardson.

Among the most celebrated regular events already in place at Edgewater is the monthly Friday night gathering known as Cincy Street Nights, which has a small-tire slant and is contested on the eighth mile, while a huge gathering of test-and-tune racers turn out for a crack at Edgewater’s all-concrete quarter-mile surface.

“I was amazed at the success of this event, but I think it can be grown into something even larger,” says Scotty.

While he’s made a name for himself in the big-money bracket arena, Richardson feels the format can get stale if you don’t mix it up somewhat. “Everybody’s doing the same thing it seems. Sure, I want to bring those races here, but why not throw in a 1,000-foot gamblers race, or even a quarter-mile gambler’s race? We’ve got the perfect facility to do it, and I think it would be very successful,” says Richardson, who also has plans to relaunch his “Schooled by Scotty” drag racing school from Edgewater this coming December.

Richardson’s heart is squarely in tune with the bracket racing scene, but he wants to bring in a variety of different races. “In order to get real rewards, you’ve got to be willing to take risks,” he believes. “

While already a top-tier facility, Edgewater is getting a facelift in a number of areas, including massive amounts of asphalt that was just laid in the pits. Other upcoming improvements include the extension of the right-hand side safety wall, sand pit installation and also a safety net.

“We haven’t held a divisional points meet here since 2003, and getting one back at Edgewater is high on my list,” says Weinle.

Richardson shares many of those same aspirations. “The potential is so great and I treat this place as if it’s my own. We’re just finding our groove right now and it’s only going to get better,” concludes Richardson.