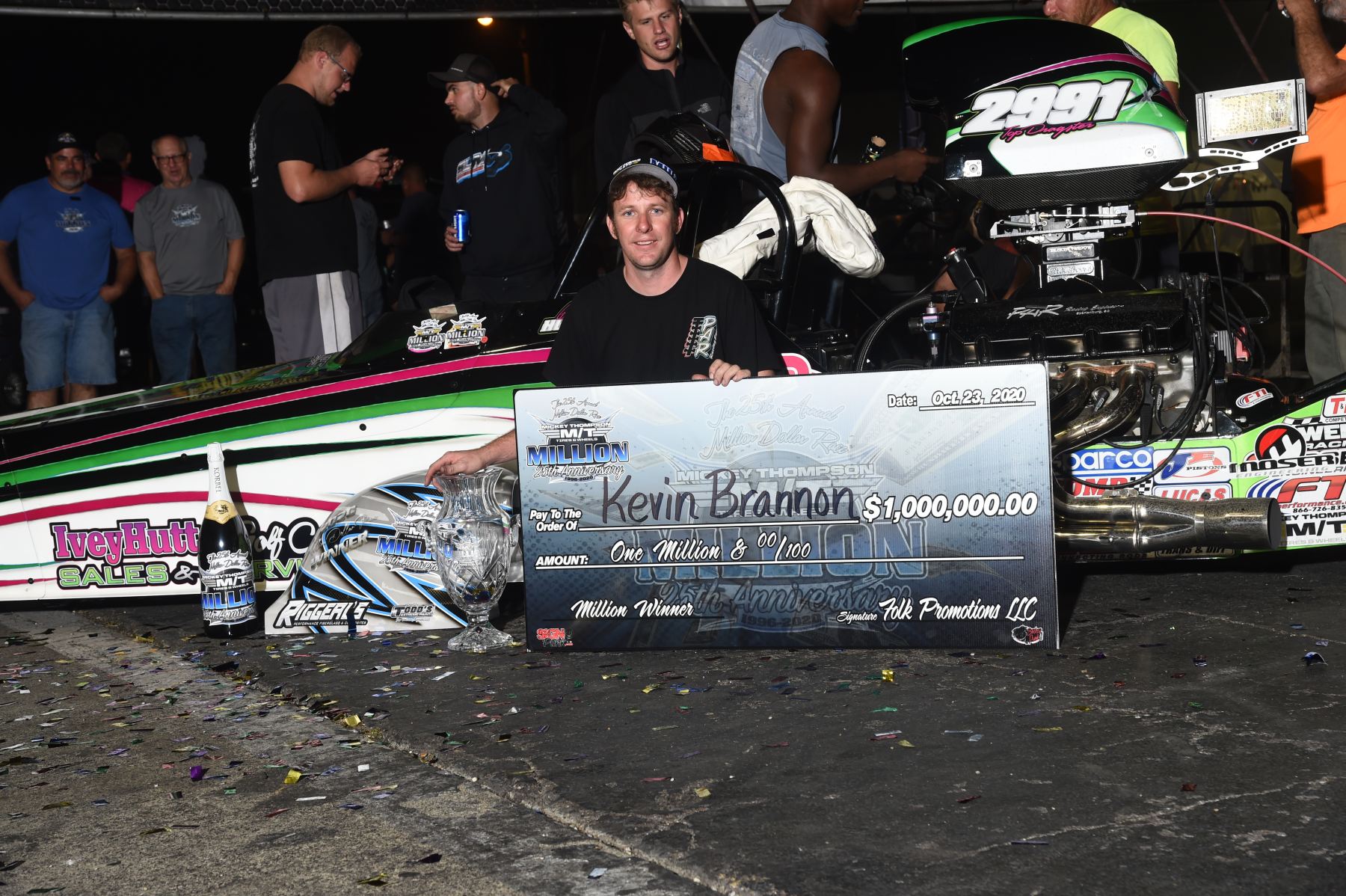 Kevin Brannon was already an accomplished big-money bracket racer and NHRA and IHRA world champion when he was featured in the 2016 30 Under 30 Issue. The well-rounded competitor has sharpened his ax every year since and picked off the remaining big-ticket items on his bucket list.

Brannon, who spends his week days assembling motors at mentor Scott Duggins’ PAR Race Engines, notched the biggest win of his career this October at the Million Dollar Race at Montgomery Raceway Park, cutting a perfect light in the final against Tom Dauber.

“It’s a huge relief,” says Brannon. “It’s something I’ve been going to since the early years in Montgomery with my mom and dad. I’ve always wanted to compete in and try to win something like that.”

Brannon had momentum entering this year’s Million, having reached the final round at a $25,000-to-win event at GALOT Motorsports Park. Though winning the Million can cement a big-money bracket racer’s legacy, Brannon sees more to accomplish in the driver’s seat.

“I just try to keep digging and set new goals every year,” says Brannon. “I’d say the true Million would be my No. 1 priority in trying to win. I always wanted to be a world champion, which I got to accomplish in NHRA and IHRA. Winning a national event was a huge goal. I come from more the bracket racing scene than NHRA, so winning the Million was the top of the list for me.”

Brannon won his first national event at zMAX Dragway in Top Dragster last season, ridding himself of the dubious honor of being a past world champion without a national event win. In 2019, the bracket racer of national renown finally captured a track championship at nearby Greer Dragway. Brannon credits the competitive local scene for making him a better racer, saying, “It’s like sharks over there.”

“We’re real fortunate in the bracket racing scene right now to have good series to choose from like SFG, Spring Fling, and Folk [Promotions],” says Brannon. “All the racing today is so tough that I am fortunate to be doing it. The competition is just incredible.”