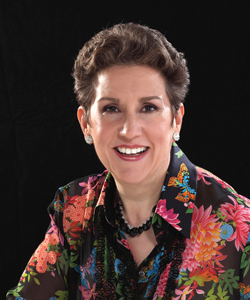 Showing great passion for racing and drag racing in particular, Bohm proves to be a logical fit for this up-and-coming racing superstore. Finding her love for drag racing during years spent as marketing manager at Weldon High Performance, Bohm shows much confidence in her decision to join the Speed City team as a key player in the company’s future.

Looking for continued market growth in a dominating industry, Speed City is putting its right foot forward and unleashing Bohm to do what she does best. By further developing the company’s brand image, market reach and communications message, Bohm’s experience in the racing industry will certainly bring increased visibility and awareness for this fast growing company.

Bohm’s role will also have her overseeing the Corporate Sponsorships Program for the Speed City Racing Team as they get set to debut in the professional ranks of the NHRA’s Mello Yello Drag Racing Series Nitro Funny Car class.

“Growth is key and we know the importance of a solid marketing and communications program to be instrumental for the company’s future success.” Said Diana Harker, president of Speed City. “Lydia is a great asset to the company and the fact she not only loves racing but ‘gets’ the racing marketplace from having spent time on multiple sides of the corporate fence truly shows she belongs at Speed City.”

As president of Speed City, Harker developed the concept for the company’s brand which sells new and used racing parts, race cars and trailers. The company  has achieved its place as a performance retailer and has continued to expand  by now  providing a high performance service shop for engine, chassis and general maintenance for drag racing vehicles. Speed City has seen considerable growth since its inception with customer reach growing in both the local and international markets.

For more information on Speed City check out SpeedCityPerformance.com or for the latest news on the Speed Racing Team visit SpeedCityRacing.com.