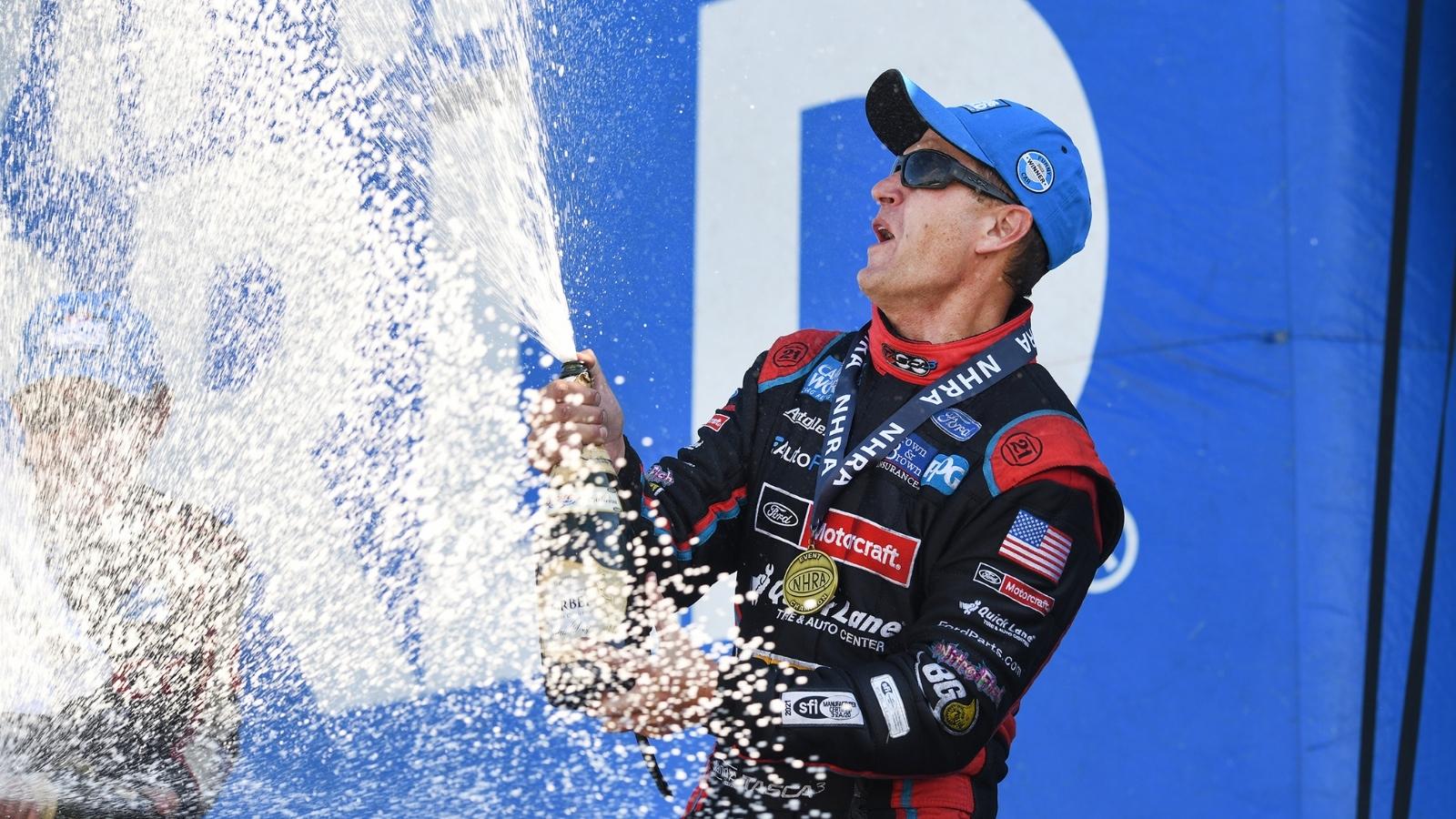 Funny Car’s Bob Tasca III also won at the 15th of 22 races during the 2022 NHRA Camping World Drag Racing Series season in front of another big crowd in Brainerd.

Funny Car’s Tasca continued his incredible run this summer, winning his second straight race and third in the past four events. He was the only driver in both nitro categories to make clean runs on every pass Sunday, finishing it off with a stellar pass of 3.945 at 329.42 in his 11,000-horsepower Motorcraft/Quick Lane Ford Mustang against defending world champ Ron Capps in the final round. While most teams struggled during the second and third rounds, Tasca only seemed to get better, making four three-second runs during eliminations to knock off Dale Creasy Jr., Chad Green, and points leader Robert Hight to reach the final round.

Tasca, who has now advanced to the final round in five of the past six races, followed with another great performance against Capps to win for the first time in Brainerd. With the Countdown to the Championship approaching, Tasca and his team appear to be peaking at the perfect time.

“I’ve said this many times but what we’ve done lately has been amazing,” Tasca said. “We’ve not backed into any win and performed at a high level throughout. This is incredible execution by the team, and I mean every single person. This team has performed flawlessly. The package we have is unlike anything I’ve ever had in my driving career. (My team) always has an answer and when that happens, as a driver you just have to go out and do your job.

“All weekend, I was fighting the car down the track. It was spinning and moving around. If you let it get out of the groove, it will spin the tires. Keeping it in the center of the groove is critical, especially today. I’m so proud of what we’ve done. We have a lot of unfinished business ahead of us and we’re all chasing the same trophy at the end of the year.”

Capps reached his 135th career final round by getting wins against longtime rival John Force, Bobby Bode, and Alexis DeJoria, staying third in points. Hight kept a comfortable points lead over Matt Hagan, while Tasca moved up to fourth in points with one race left in the regular season.