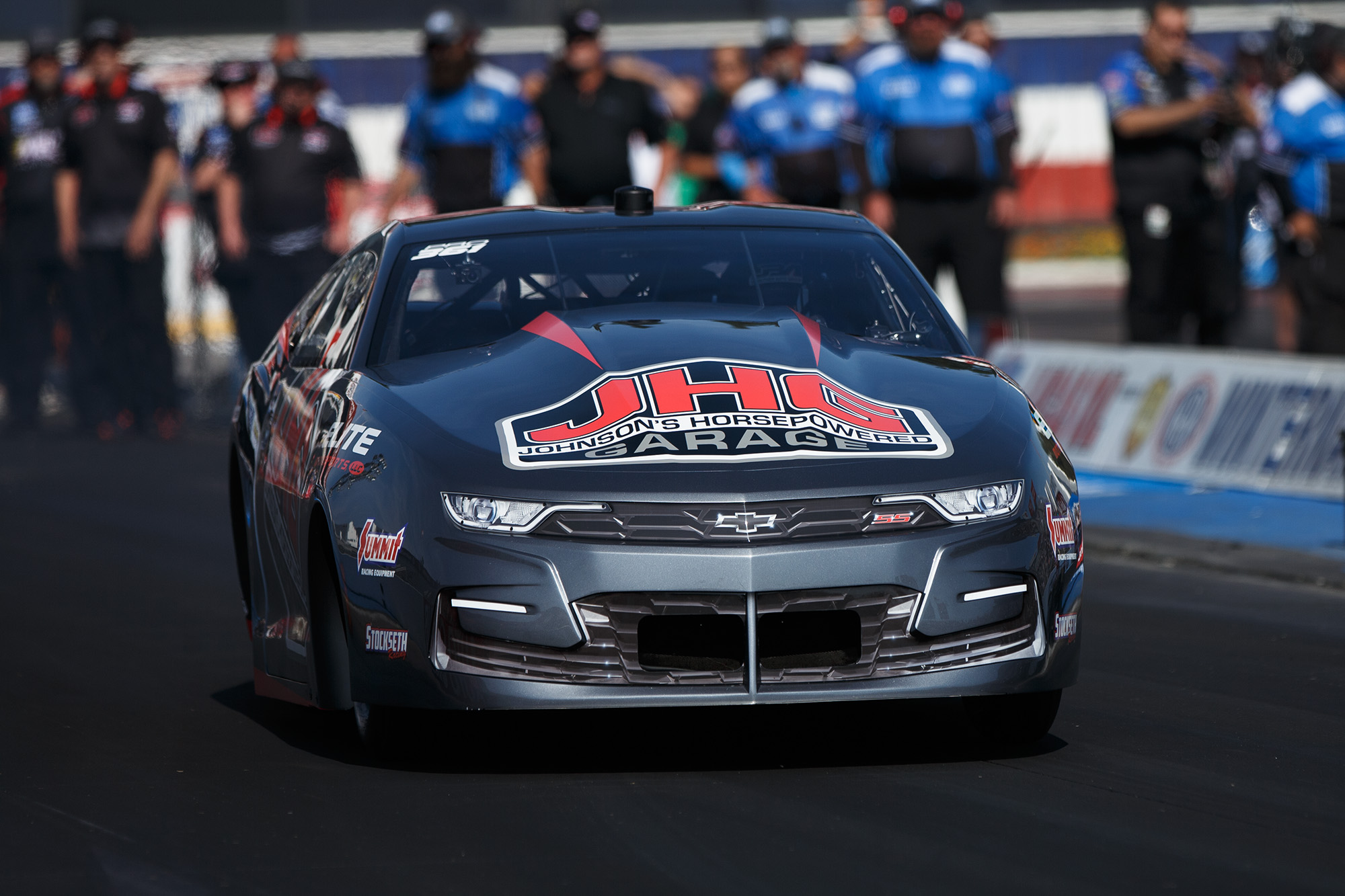 Veteran racer Bo Butner did something on Sunday at the NHRA Arizona Nationals that he’s never done before. The 11-time Pro Stock winner and 2017 world champion flinched on the starting line, and it cost him the win light in the first round.

“It was me, 100%,” said Butner, acknowledging the power under the hood of his Johnson’s Horsepowered Garage Chevrolet Camaro that was robbed of its time to shine. Opponent Deric Kramer got the win with a .037-second reaction time and 6.537-second pass at 210.18 mph to Butner’s extremely uncharacteristic .116 light and steady 6.571, 209.01.

“For some reason, I thought it was a long tree, so I started to let go. It started to roll, and I thought I got it stopped again – but by that time, the lights went. I flinched. I’ve never flinched in a Pro Stock car. Past that, it was one of the nicest runs I made down the track.”

Chalking it up to overthinking, Butner has already determined his course of action.

“I just need to get back into my rhythm of making runs. We may fly down to Tulsa to test on Friday, and we want to try some stuff on the car,” he said. “It’s a brand new car, but sometimes it can take time to get it to where it needs to be.

“There is still a lot of learning happening within our new team; I’m learning them, they’re learning me. I’m very happy with the team, and I have the best of the best, I just always expect to be perfect right off the bat. That makes it hard, because Pro Stock is tougher than it’s ever been.”

Butner is eager to get to Gainesville in two weeks and get back behind the wheel of his #JHGDriven machine, but he has another reason to be excited about the Gatornationals: fiancée Randi Lyn Shipp will be back behind the wheel of her well-recognized ’67 Pontiac Firebird racing Stock Eliminator. It will be the first race of the season for the 7-time NHRA national event winner.

“I think that might help me get back to my old self,” said Butner, who doubled up with Shipp in 2019 when he won Pro Stock in Gainesville and she won the Stock Eliminator trophy to become the first female in NHRA Sportsman racing history to own seven coveted national event trophies.

“I’m excited for Gainesville and put this behind us. I’ve been one that can adapt to whatever car I sat in, and I feel like I’m past making stupid driving mistakes like I did today,” he said. “I’ll learn from it, but the best medicine will be getting back in the car.”

The next event for the NHRA Camping World Drag Racing Series Pro Stock competitors will be the Amalie Motor Oil NHRA Gatornationals at Gainesville Raceway in Gainesville, Fla., Mar. 10-13, 2022.