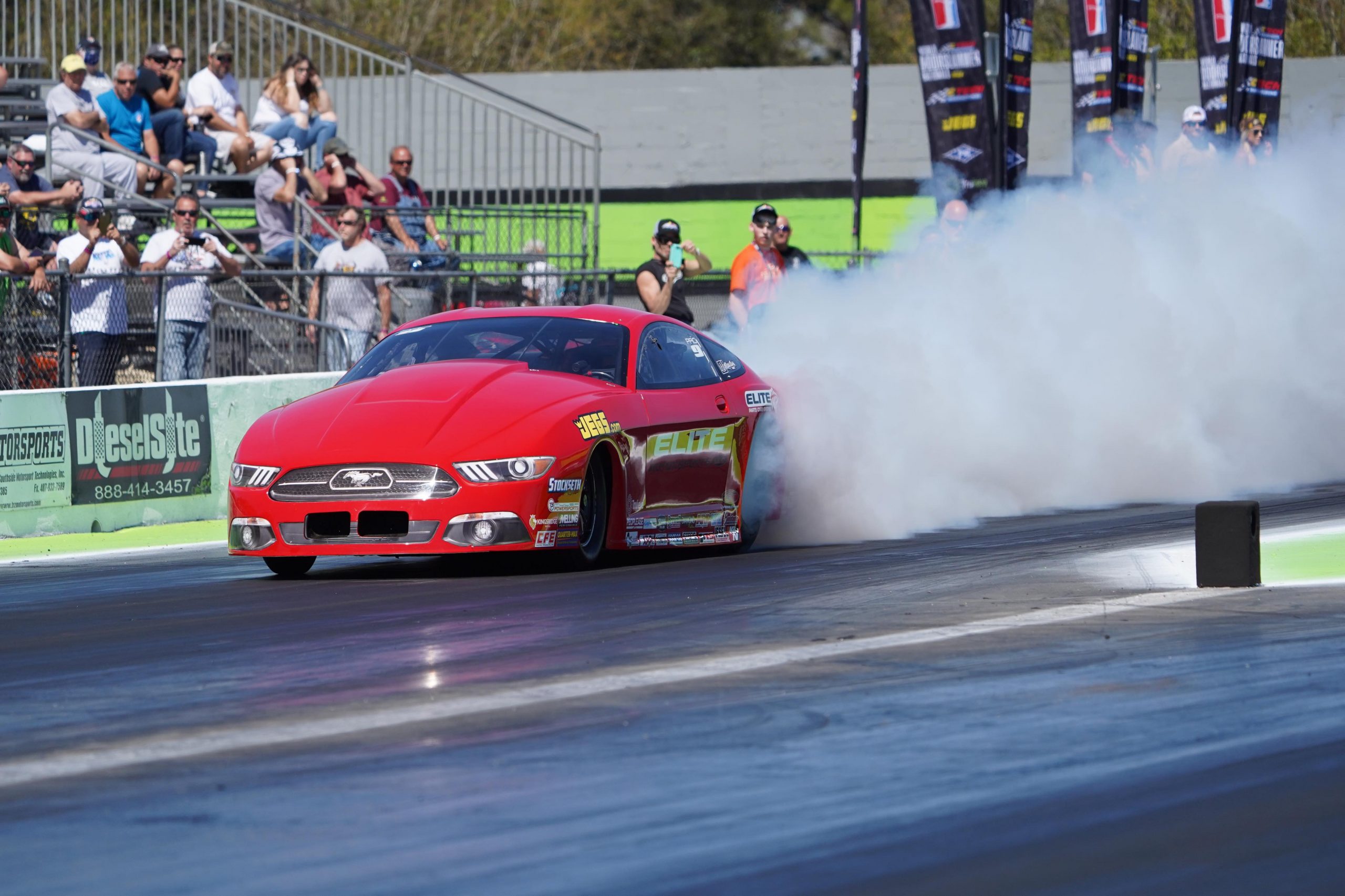 A familiar face was back in a Pro Stock car during Friday qualifying at the CTECH World Doorslammer Nationals presented by JEGS.

But former world champ Bo Butner insists the last-minute call to compete at the $75,000-to-win race at Orlando Speed World Dragway is solely a one-time thing.

Butner, who was already planning to compete in Top Sportsman, agreed, noting he had a blast at the inaugural race last year.

But, again, don’t expect Butner, who retired from Pro Stock racing at the end of last year, to make this more than a late-notice one-time thing.

“It’s a fun race and at this point in my life, I’m trying to have fun when I go racing,” Butner said. “I’m 100 percent retired from Pro Stock and I’m very loyal to Ken and Judy Black (at KB Racing), and I’m thankful for all they’ve done for me. Richard and I are good friends and I just thought it would be a lot of fun. It’s a great car and I felt I could be competitive and have some fun.”

As it turned out, the Pro Stock ride came in handy as the transmission in his Top Sportsman car exploded in testing, ending his weekend in that class.

But Butner was all smiles as he enjoyed the doorslammer-heavy atmosphere in Orlando on Friday, going 6.557-seconds at 211.16 mph during the first round of qualifying to sit in the top half of the field.

It was a good start to what has already been an enjoyable weekend for Butner. His fiancé, standout driver Randi Lyn Shipp, is also competing in Stock in Orlando at the event.

As for his chances, he’s driving a car capable of winning the massive $75,000 payday but, more than anything, Butner is simply having a blast.

“It’s a fun race. Obviously, the money’s great if you win, but it’s just a relaxed atmosphere,” Butner said. “You need to have fun when you come out to the track. That’s what it should be about. But it’s a great race and they’ve already had a great turnout.”

Butner is going to continue having fun while he’s racing, opting for a bracket race next weekend instead of the NHRA Gatornationals. It’s a big swing in priorities for Butner, but his main goal is just enjoying himself.

Freeman has already tried to persuade Butner to drive the Pro Stock Mustang next weekend in Gainesville – and perhaps some other dates — but the veteran remains adamant the CTECH World Doorslammer Nationals presented by JEGS is a one-time thing.

“It’s a very good car, there’s no doubt about that. All these cars (in Pro Stock) are good cars and they’re all so close,” Butner said. “It’s a lot of fun and we’re just going to enjoy it this weekend.”