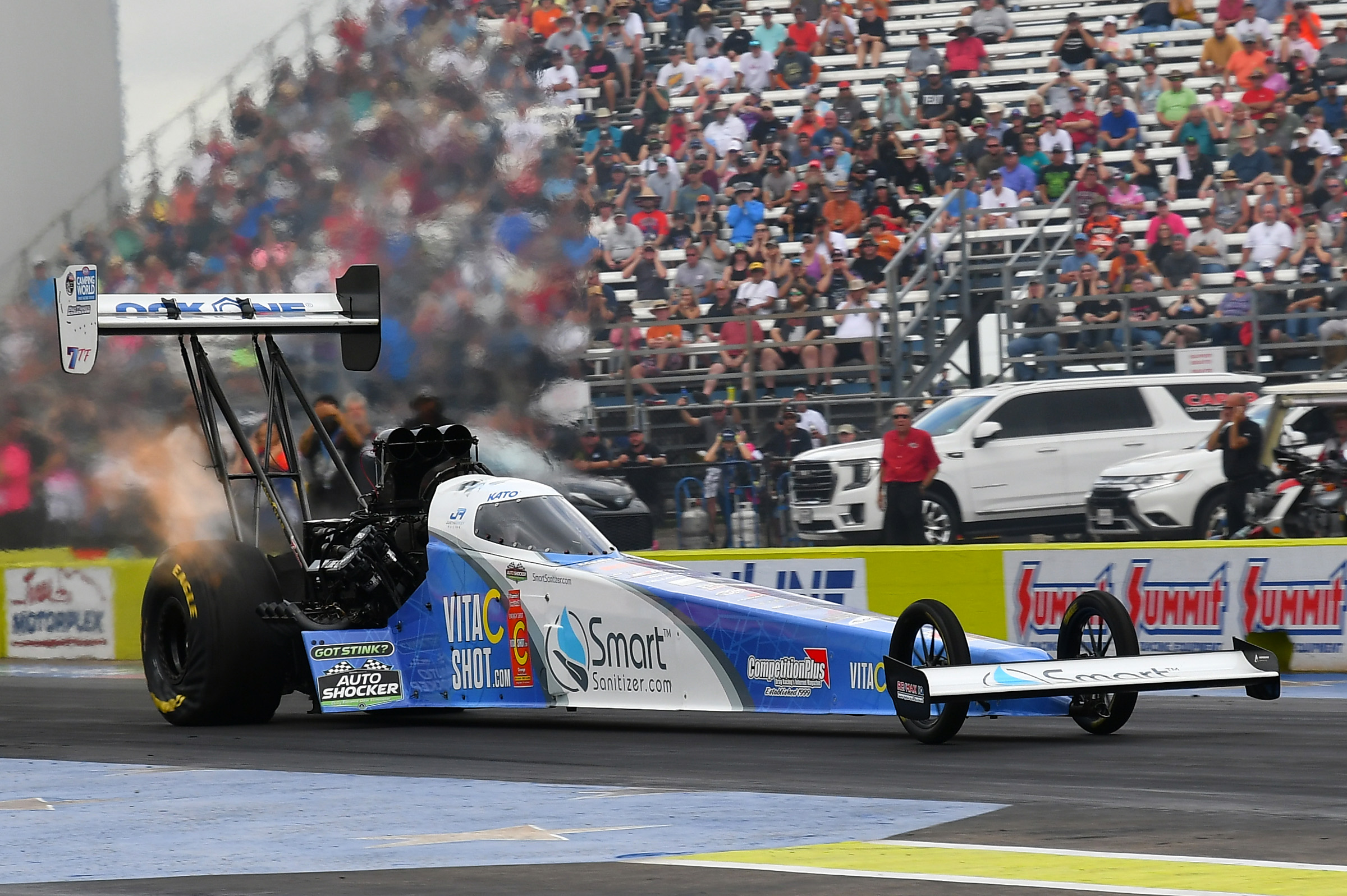 Biocide Systems/Auto Shocker, will be hosting 2020 NHRA Rookie of the Year Justin Ashley at their booth (#53089) at the annual SEMA Show at the Las Vegas Convention Center. Ashley, who has been sponsored by Auto Shocker for the past two seasons, is currently No. 3 in the NHRA Camping World Drag Racing Series Top Fuel point standings, will be meeting with SEMA attendees for photos and autographs on Wednesday, November 3, from 11:30 a.m. – 1:00 p.m. and on Thursday, November 4, from 12:30 p.m. – 2:00 p.m.

Guests who stop by the Biocide Systems/Auto Shocker booth will have the chance to enter a raffle to win two (2) three-day passes to an NHRA national event of their choice in 2022. Additionally, the first 100 people at the booth will receive a free autographed t-shirt and free Auto Shocker samples will be distributed to attendees while supplies last.

“We have enjoyed our relationship with Justin Ashley since the beginning of his rookie season,” said JC Baselli, Biocide System CO-Founder and C.E.O. “He is an outstanding brand ambassador and his on-track performance this season has been amazing. We are looking forward to our guests at SEMA getting the chance to meet Justin.”

Down the stretch of the 2021 NHRA Camping World Drag Racing Series, second year driver Justin Ashley has inserted himself into the Top Fuel championship hunt thanks to an impressive run in his first Countdown. The driver from Plainview, New York, has a win at the Texas NHRA Fall Nationals, a runner-up at the Reading Nationals and two semifinal finishes through the first five playoff races. The 2020 Rookie of the Year has moved from 7th place in the points to 3rd place going into the Las Vegas Nationals.

“We have made the most out of our first Countdown together as a team,” said Ashley, following the Thunder Valley Nationals. “The expertise and experience of crew chief Mike Green has proved to be invaluable, and the leadership of Dustin Davis has been elite. This Smart Sanitizer Vita C Shot Top Fuel team has made huge strides in performance all season and we are excited to see what we can do over these last two races starting this weekend in Las Vegas.”