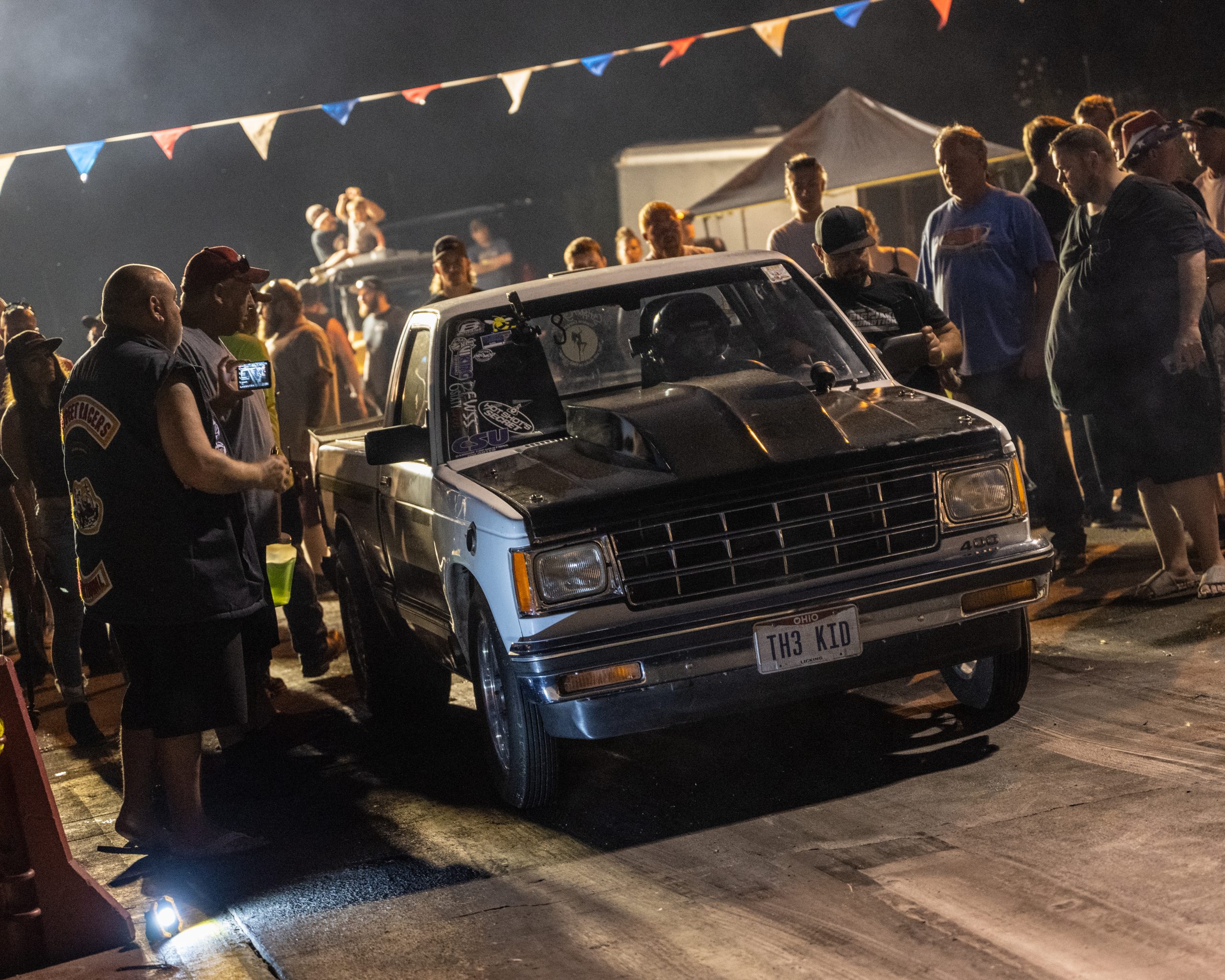 If you’re a fan of no-prep or street racing, you’ve heard the term “Cash Days” before. Cash Days have taken over the racing world and one search on YouTube will bring up thousands of racing videos from across the county of cars racing for big money, but there is only one official way of Cash Days. Chris “Limpy” Collins established the first cash days over two decades ago on the streets of Texas, raced by many you might have seen on the popular show Street Outlaws.

While Limpy has been on a few episodes himself, his heart is in the blue collar, grassroots racers across the country that he flags on tracks and streets every weekend. With the help from his partner, Happy, they brought the first-ever Cash Days to the famed KD Motorsports Park in South Webster, Ohio, with 46 of the baddest in grassroots Small-Tire No-Prep racing for a $13,000-plus pot.

Famed street racer and YouTube personality Billy Hoskinson from Street Racing Channel had one goal in mind: keeping the first official Cash Days of Ohio Small-Tire title in his home state. Hoskinson had recently completed a brand-new twin-turbo, big-block Nova build, but chose to bring out the OG Street Racing Channel S10 into battle in Sunday’s Small-Tire main event. Coming off winning the Tailgate class on Saturday night, Hoskinson took the reins of the small-block, twin-turbo S10 and never looked back.

It was no easy path for Hoskinson to make his way to the winner’s circle, as every round was hitter after hitter in small-tire no-prep. After getting by Houston Peyton with a drive by after Peyton got loose, he would gain his next two wins over Jacob Muncie and Kevin Hedges. The competition got even more stacked as Hoskinson was able to drive off from Jeff Thomas in his famous “Tre Styles” nitrous Mustang and set up a dream matchup in small-tire no-prep with Perry Stanley. Stanley’s Nova and Hoskinson’s truck went side by side to the stripe with a photo finish and Hoskinson moving on.

The finals would set Hoskinson versus Brian White in his turbo Fox-body Mustang for the $13,000-plus pot. Limpy hit the light and Hoskinson got out on White and held him off as he completed his journey, taking home the win and bragging rights as Ohio’s first-ever official Small-Tire Cash Days winner. His family celebrated on the line and Hoskinson drove back down the famous hill shutdown, parachute still out ready to get that trophy, cash, and all the bragging rights with the famed OG Street Racing Channel S10.