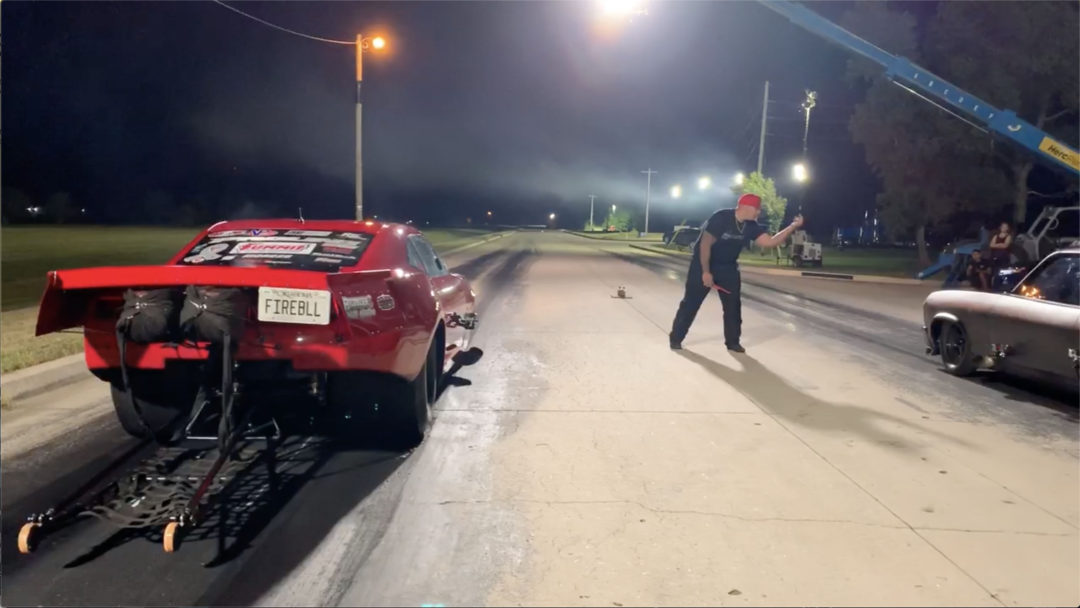 Love ‘em or hate ‘em, the cast of Street Outlaws is back on the streets! Discovery Channel’s hit franchise is alive and well, and in recent weeks, cast members have taken to social media, announcing that they have hit the streets of OKC and filming for Season 13 has begun. We caught up with Big Chief, Ryan Martin, Daddy Dave, and Murder Nova to get their thoughts on starting the new season, the shows longevity, and the challenges that go along with trying to stay competitive.

“The last 13 seasons have been a crazy ride, and it continues to surprise me every season,” explain Justin ‘Big Chief’ Shearer. “From what I can tell, this season is going to give the fans more what they want to see!”

“I don’t see the show going anywhere any time soon, with the popularity being what it is,” adds Ryan Martin, driver of the Fireball Camaro. “I feel like a new format for the show would be an interesting twist that would keep the show interest, because it’s been the same for 13 seasons.”

“As we start filming season 13, we can’t feel anything but thankful,” states ‘Daddy Dave’ Comstock. “With every season that passes we always think it’s the last one. But here we are seven years later and 13 seasons into the show, and we are still going strong.”

“I think as long as we can get back to our roots, and kind of slow everything down a little bit, not just the cars, but the technology and everything that were doing, I think that the show has the opportunity to keep going longer,” says Shaun Ellington, driver of the Murder Nova.

While some sort of format change would be a great way to keep the show fresh, it doesn’t look like it’s something viewers will see soon—at least in Season 13. The start of this season brings some unique challenges for some of the cast members. If you follow the show, you know that the third season of Street Outlaws – No Prep Kings (NPK) is still in the process of being filmed. That means the teams that are competing in both have a ton of extra work to do if they want to be competitive.

“There are two completely different car setups for the track and street, and the car needs to change for each,” Ryan Martin tells us. “That’s probably why I’ve fallen short and missed the NPK championship by 5 points in both seasons. It is difficult to be competitive in NKP knowing that you have to come back and change the car over for the street in two days with little to no test time. I am not as fortunate as guys like Mike Murillo and Birdman who only focus on NPK.”

“Doing both shows is forcing me to learn so much more about my car, and I’ve realized how crucial ‘note taking’ really is,” explains Big Chief. “The last few seasons, the 405 list has gotten so much faster and it’s harder and harder to stay competitive. I have a whole new respect for the badass guys that have been pulling double-duty for the last couple of seasons. No prep and Street Outlaws seem like similar platforms to the average viewer, but it takes a completely different setup in the car, and a totally different mindset to win races on both shows (something I have yet to accomplish).”

With the focus on the street, teams have to put everything else aside and commit to racing for number 1. The top of the list was fairly one-sided last season, but at any point, anyone can sneak in and take the top spot.

“We ended [last season] at #1,” Big Chief adds. “I defended my spot week in and week out, and although it appeared as if I had the car to beat, in reality, last season was really tough for me. I have a feeling that this season will be no different. Season 12 was all mine, and I did it with the same ol’ shit that I had 10 seasons ago. My plan for season 13 remains the same—out work, out think, out drive, and out run EVERYONE, by making more passes on the street than ANYONE.”

“Everyone has a common goal here and that is to go as fast as you possible can down whatever street they put in front of us,” adds Shaun Ellington. “The more that you test, the more knowledge you’re going to have with your car, with your tune-up, with your setup, and the faster you’ll go.”

In racing, the cars, the technology, and the strategy is always evolving, it’s no exception for the 405 guys. Though most of it happens without TV cameras filming, there are constant changes being made in an attempt to find a competitive edge. Though this is a necessary evil to stay on top, sometimes luck and simple hard work are just as significant.

“Our plan for the new season is way more testing, way more heart, way more soul, and way more passion about what I’m doing,” explains Shaun. “I need to find my groove again and get the car where it needs to be.”

“I’m always trying something new every pass, whether it be chassis related, weight bias, different [gear] ratios, tire/wheel combos etc.,” Chief tells us. “The basic outline hasn’t changed, but we continue to perfect my combo and we’re constantly searching for more reliability within the limited parts we have available. Butler Performance, Carl Rossler, FuelTech, Kinetic Engineering, etc. has worked closely with us in order to improve our consistency every season. The less time we’re forced to spend maintaining/servicing the car, the more time we have to test/race. In this cat and mouse game of racing on the list twice a week, reliability goes a long way…And right now, we have the most reliable stuff we’ve ever had!!! So we can keep our attention on going faster, winning races, or testing all our crazy theories in between, instead of just patching it together every couple of days.”

Ryan tells us they have made some big changes to the Fireball Camaro as well, “We went from a two-speed to a three-speed transmission, went from a Proline Stage 3 481X to a Stage 4 481X, and I am running the car heavier this year than last year. I don’t know if the added weight will help or hurt us, but we will see. We are really focusing on tires and the chassis setup to try to get the car to leave better on the street. It’s been something we’ve struggled with in the past and we plan on changing that for this season.”

“We ended season 12 at number 3 after switching from ProCharger to twin turbo and trying to figure the new combination out,” explains Daddy Dave. “As time goes by, I’m slowly figuring out how to make power and apply it to the street. So season 13 we look to be at number one. We’re trying not to trip over ourselves this season, do things right, and end it on top at number one.”

Hopefully Season 13 will bring some excitement to Monday nights when it hits the air. It sounds like its off to a great start and we can’t wait to see who ends up with the crown.