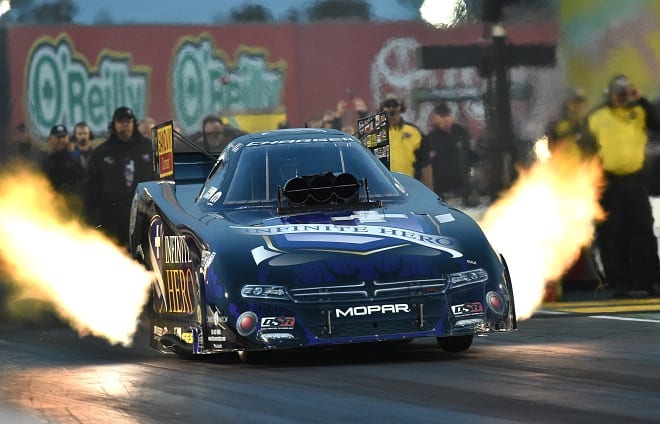 Jack Beckman powered his Infinite Hero Foundation Dodge Charger R/T to the quickest Funny Car run in NHRA history Friday as he raced to the qualifying lead at the NHRA Sonoma Nationals.

Beckman and his crew, led by Jimmy Prock, took advantage of the cool sea-level conditions and posted a Sonoma Raceway track record with an incredible time of 3.921 seconds at 323.43 mph to take the top spot.

Beckman can certify the run as an NHRA national record by posting another run within one percent of that performance during the remainder of the weekend. The current national record is 3.965 seconds set by John Force in 2014 at Pomona, Calif.

Beckman, who earned his fourth win of the season last weekend in Denver and is second in the series standings, was quickest in both sessions with three-second runs. There were eight total three-second runs during the day, the most in a single day of qualifying, and there were two pair of side-by-side three second runs, a first in NHRA history.

Beckman’s teammate Matt Hagan, the current category points leader, qualified second at 3.967 with the fastest Funny Car speed in history, at 325.77 in his Mopar/Rocky Boots Charger. Force was third in his Blue Def Chevy Camaro SS with a 3.970 at 322.96. In the second session, Robert Hight and Alexis DeJoria became the first pair to clock side by side three second runs, with each running 3.974.

“The fans are getting a phenomenal show,” Beckman said. “I thought we had a chance to set a national record tonight, but I didn’t realize we were going to obliterate the thing.”

Brown raced to a track record time of 3.707 at 326.95 in his Matco Tools dragster to take the qualifying lead in Top Fuel. His time ties the fourth quickest run in history. 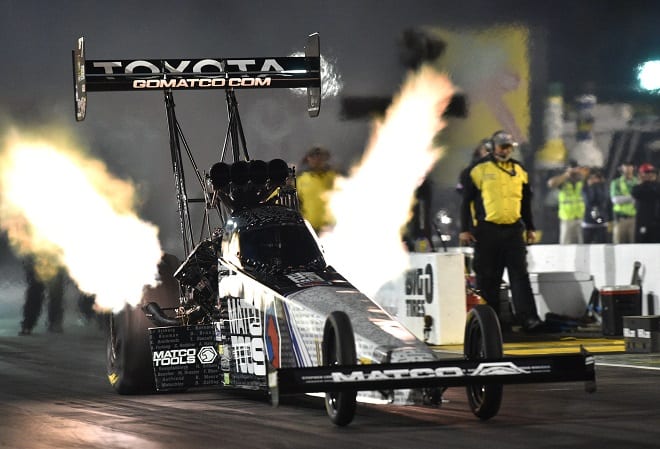 “We were definitely pushing and it’s always good when the car does what you want it to,” Brown said. “They backed it down a little. We wanted to go out there and make a good quality run. It was very aggressive at 60-foot. The car was on a really good run and she was motoring. It feels good to put that number up on the board. To come out here and have two good runs in qualifying is a great start for this weekend.”

McGaha posted a track record time of 6.499 at 212.36 in his Harlow Sammons Racing Chevy Camaro to lead Pro Stock qualifying. 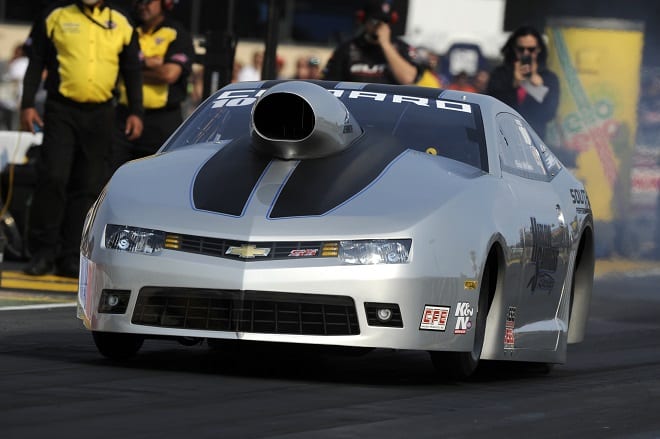 In Pro Stock Motorcycle, series points leader Krawiec took the top spot with a 6.843 at 194.27 on his Screamin’ Eagle Vance & Hines Harley-Davidson. 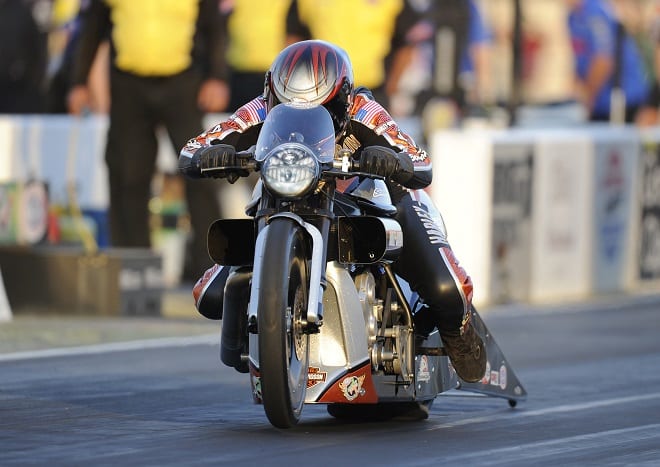 “We had a headwind all day, so that hurt us a bit,” Krawiec said. “On Q1, we made a good, clean run, but I had to correct the bike quite a bit. We went back, made an axle adjustment, and came out and ran that 6.84, but even that run was nowhere near perfect.”

Qualifying continues Saturday with sessions at 1:10 and 4:15 p.m. for Sunday’s 11 a.m. eliminations.