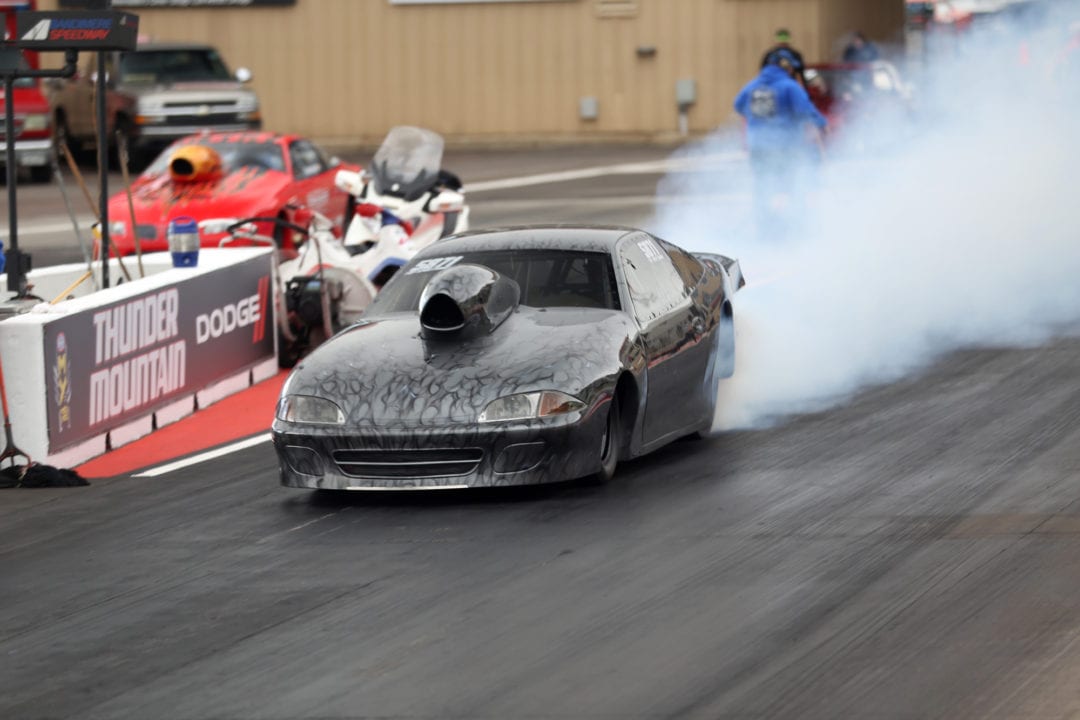 Gary Jackson has enjoyed great success at Bandimere Speedway, winning the track championship in Top Sportsman a year ago.

He’s also the current points leader in 2019 on Thunder Mountain, but in his eyes the biggest weekend of the year takes place on Friday and Saturday for the Drag Illustrated World Series of Pro Mod presented by presented by J&A Service, Elite Motorsports, Big O Tires and benefiting One Cure in Denver.

It’s a significant sum for Jackson and his wife, Valeen, this weekend, but there’s several other reasons why this weekend will be time well spent at Bandimere Speedway.

“It’s by far our biggest event and the race we look forward to the most,” Jackson said. “It’s just a cool race and a heck of a show. It’s the upper echelon when it comes to atmosphere and we’re really looking forward to it. I can’t wait to race.”

Jackson raced at the inaugural WSOPM in 2017, but a transbrake issue on the starting line in the first round of eliminations ended his day before it could ever get started.

He has other plans this year in his 2004 Jerry Bickel Race Cars Cavalier, as does his wife, who will be campaigning a 2008 GTO in Top Sportsman as well.

With a massive field set to compete for $10,000 and plenty of standout talent, Jackson knows it will be a challenging road. But that’s also a major reason why the Greeley, Colo. native enjoys the event so much.

“It’s amazing the amount of cars that will be racing,” Jackson said. “The bump spot was around 7.80 last year, and I assume this year is going to be faster. There’s no guarantees I’ll make the show. There’s going to be some fast cars, and this purse and this show brings out a lot of cars. But I love the high stakes and the big pressure and those high-pressure events, so it should be fun.” 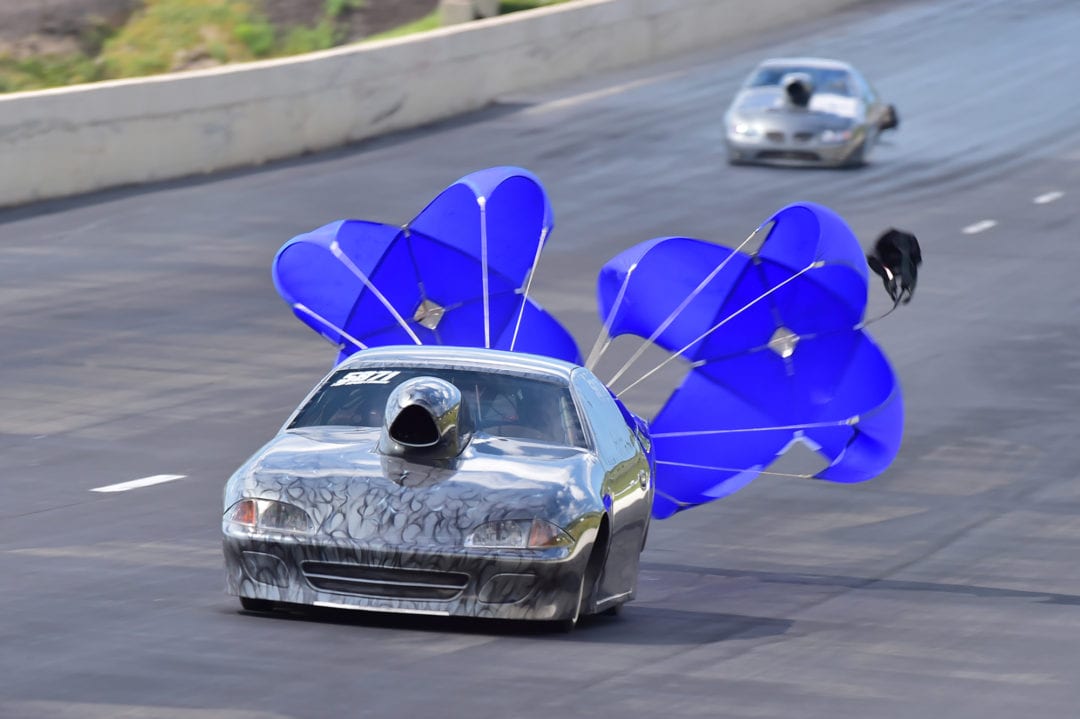 As far as the pressure, Jackson mentioned he seems to thrive on it. He’s impressed at Bandimere Speedway for a number of years and is intent on winning a second straight track championship.

But one of the draws of the WSOPM is that it isn’t a points meet. Despite the $10,000 purse, Jackson feels a sense of peace heading into the weekend.

“I’m really anxious to get out there, but this is a no stress race,” Jackson said. “I feel more relaxed because there’s no points, even with the big purse and stuff like that. So that makes it a lot more fun for me.”

Jackson certainly feels at home racing on Thunder Mountain, but the veteran doesn’t think that makes him a favorite.

In fact, he said he wouldn’t be surprised if his wife ended up in the final round. One way or another, he hopes someone in the Jackson family holds the big check at the end of the night on Saturday. But Jackson knows he’s going to have an incredible time no matter what, enjoying every moment of being part of an electric atmosphere with a huge and talented field on Thunder Mountain.

“I don’t really think I’ll have an advantage because there’s a lot of high-caliber racers,” Jackson said. “Everyone at this race puts on a great show and we definitely appreciate it. Who wouldn’t want to be a part of this?” 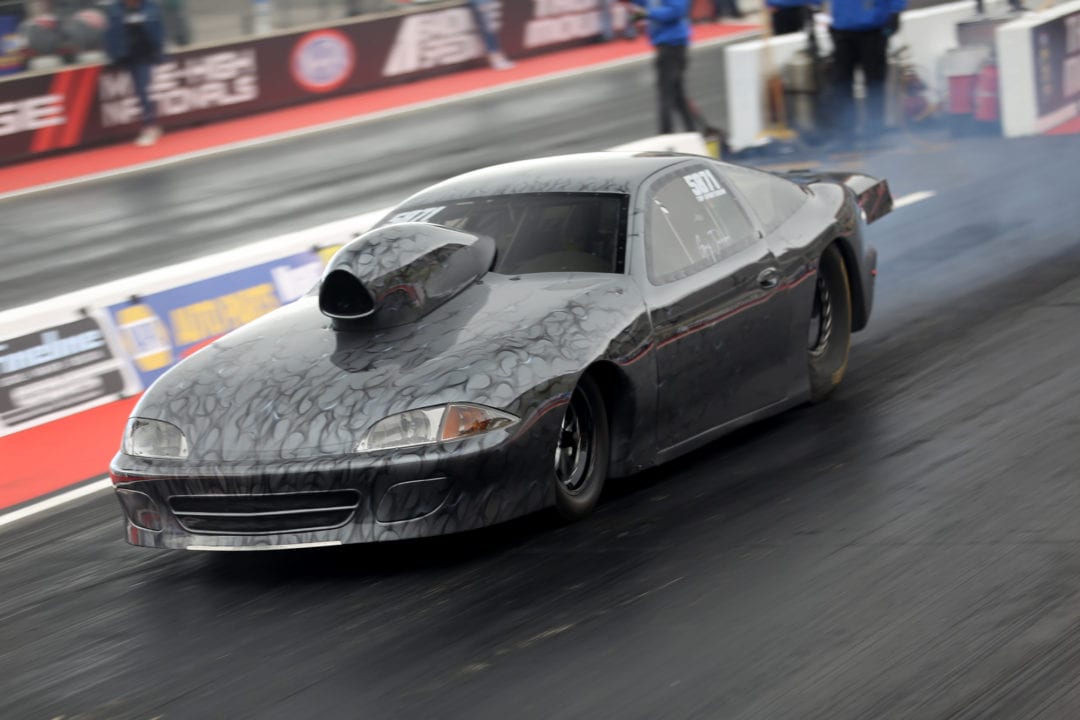