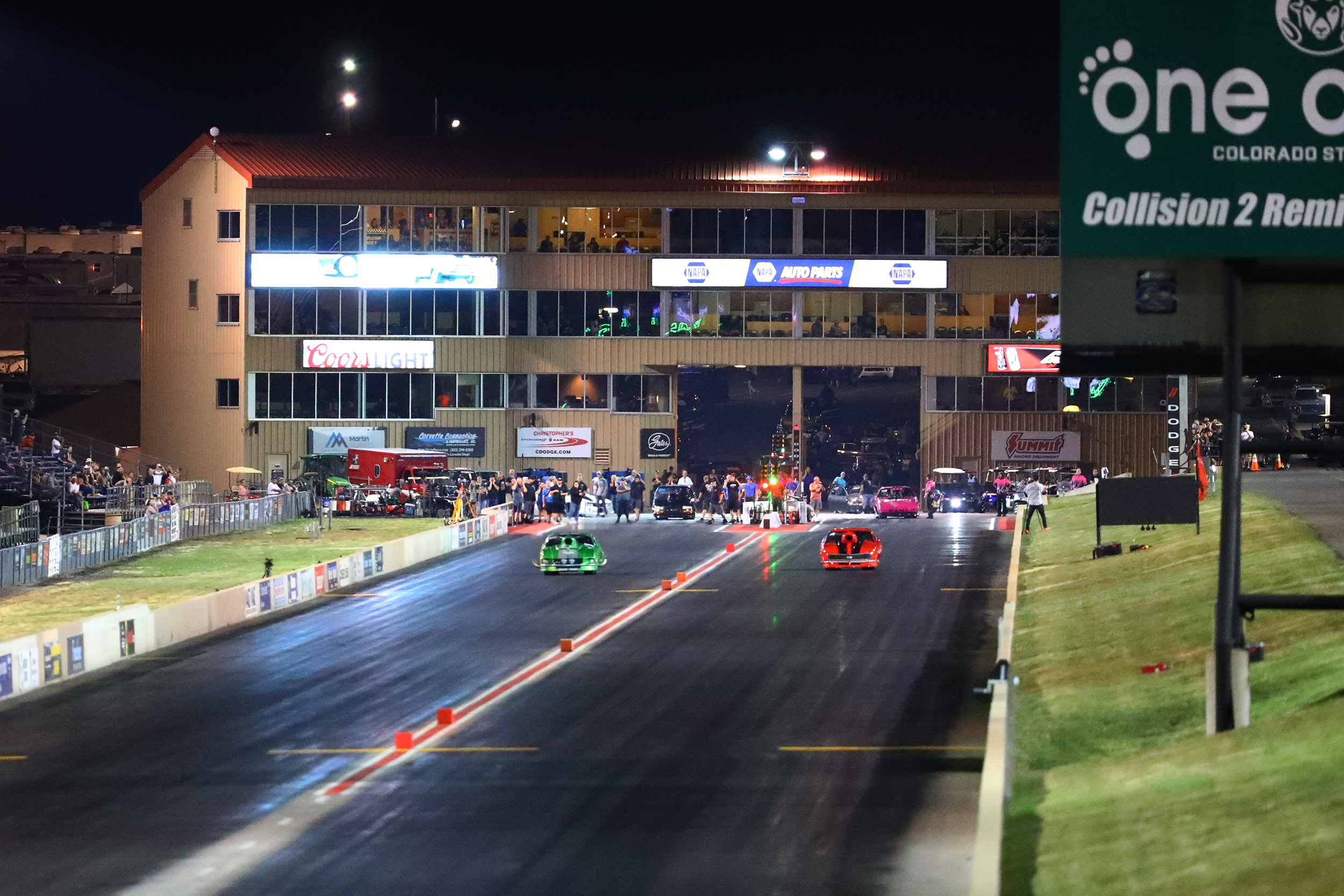 For more than six decades, Bandimere Speedway has been a mainstay in Jefferson County, Colorado. Its impact on the local community has been immeasurable, if only because the impact has been so great.

Through that time, the Bandimere family has contributed greatly to the community, which has made the recent actions from the higher-ups in the area so confounding.

A temporary restraining order continues to be in place at the track, as county officials continue to come down hard on the business during the COVID-19 pandemic while other area locales seemingly are playing by a different set of rules.

“I really truly feel like we’re getting singled out and bullied, so to speak,” John “Sporty” Bandimere III says. “I can show you pictures of lakes, campgrounds, flea markets, gatherings in towns where people are wall-to-wall. It’s very frustrating and very discouraging, and it makes you really think about whether you want to be in the county and possibly the state at times. It’s very, very disheartening that your county is not trying to fight with you.”

When Bandimere mentions the county, it’s directed to the “people in high places” or some of the top officials, not the thousands upon thousands – many from the local area – who have shown their support for a track celebrating its 63rd year in 2020. 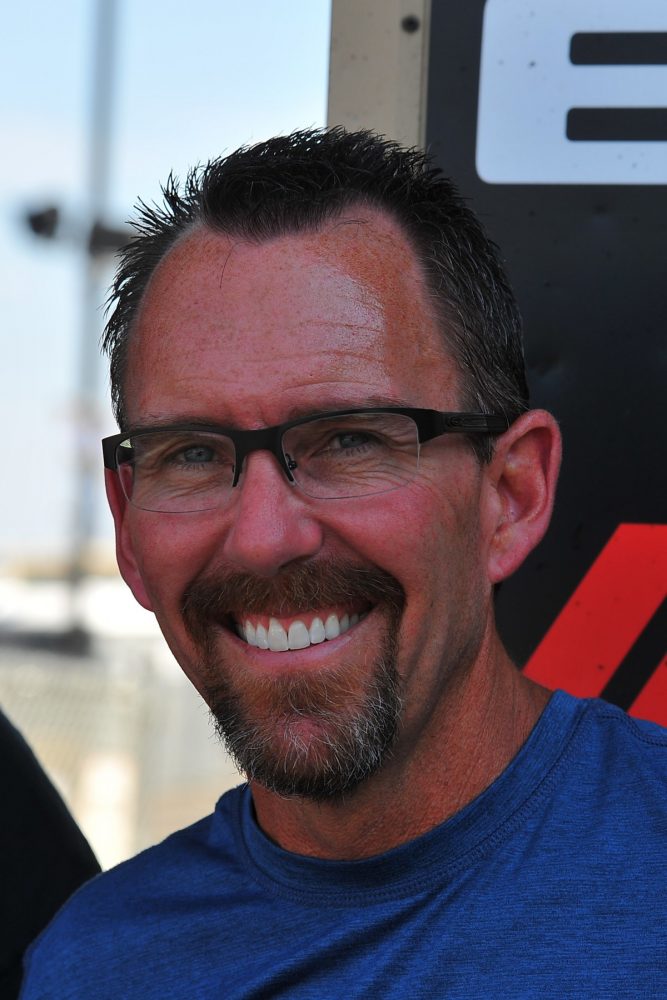 This year has been unlike any in that span, as the public health crisis has wreaked havoc across the country. But the most discouraging aspect of this has gone far beyond the coronavirus.

The county health department approved small events for a stretch of three consecutive weekends in August, but the protocol seems to change by the day. As it currently states, the track must limit its crowd sizes to 175 people per activity, and must follow physical distancing guidelines, such as ensuring fans from different families stayed 6 feet apart. But communicating with county officials has become increasingly difficult.

The track had to cancel racing suddenly on the weekend of July 24, stating on their website, “after three days of numerous attempts to comply with the restrictions being placed on the drag strip due to the current COVID-19, they were ultimately unable to get the approval from the Jefferson County Health Department.”

Still, the family forges forward, even as they appear to be singled out within the local community.

It’s a surprising turn from the county after the track has put millions into the local economy, with the annual NHRA national event putting $15 million into the economy. Away from the track, the family has been active in the community with its “Race to Read” program and much more.

“As a track, we’ve worked hard on that and that’s been the discouraging part for our family,” Bandimere says. “We’ve been in Jefferson County our entire lives with various businesses, growing up here, going to school here. The track has been here 63 years and in the past, we’ve been proud to be part of the county and community.”

The family, though, isn’t standing by idly. They continue to fight and continue to be ready to pivot on a moment’s notice.

That means being ready to host the annual NHRA Mile-High Nationals should it happen later this fall, even if it’s a longshot. It also means trying to reduce expenses wherever they can and finding new ways to do things.

They’ve redesigned their specialty days, implemented an online driver registration program –  working out the bugs during the pandemic – and they will continue their wildly-popular light show during the Christmas season.

“When you go through something like this, it does teach you a lot,” Bandimere says. “We’ve learned things we can do better, make some adjustments and figure what else we can utilize the facility for that may not be racing.”

Through all of this, the entire Bandimere family has been energized by the legions of supporters, who have encouraged them from the courthouse, at the track and on social media. 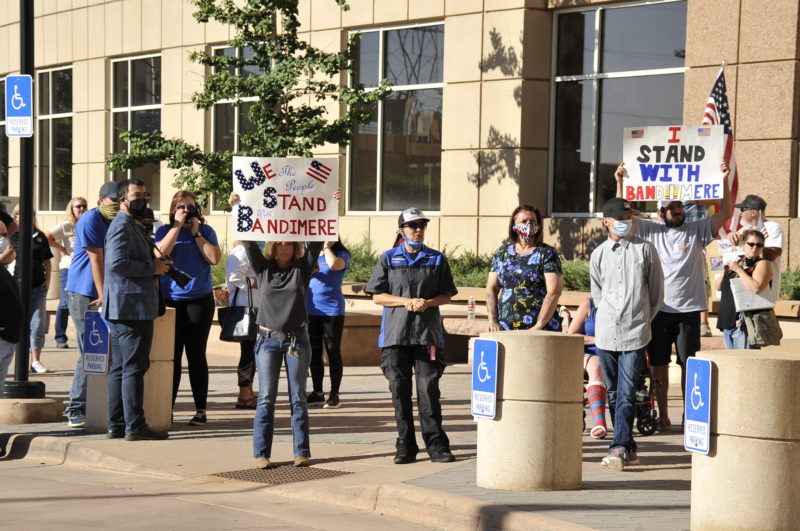 The “I Stand With Bandimere” Facebook group is over 10,000 individuals strong, all wholeheartedly showing their support for the facility.

Decals and shirts have been created, rallies and cruises continue to show support for the Bandimere family, and it’s all provided a massive boost for them, especially as they trudge through this process with seemingly no end in sight.

Make no mistake, though. The family isn’t backing down – and neither are those offering their support.

“That’s just been huge,” Bandimere says. “It’s been very overwhelming and humbling. It’s also very eye-opening to see how many this truly affects.

“But it does energize you,” he continues. “This is not necessarily physically draining, but it is emotionally draining, not knowing what tomorrow brings. We’ve been in a fight to stay open and we’ve done so many things, but ultimately just don’t know from day-to-day. It’s a scary time, a frustrating time, a stressful time, but at the same time, we’re very blessed and very thankful for all the support we’ve received.”