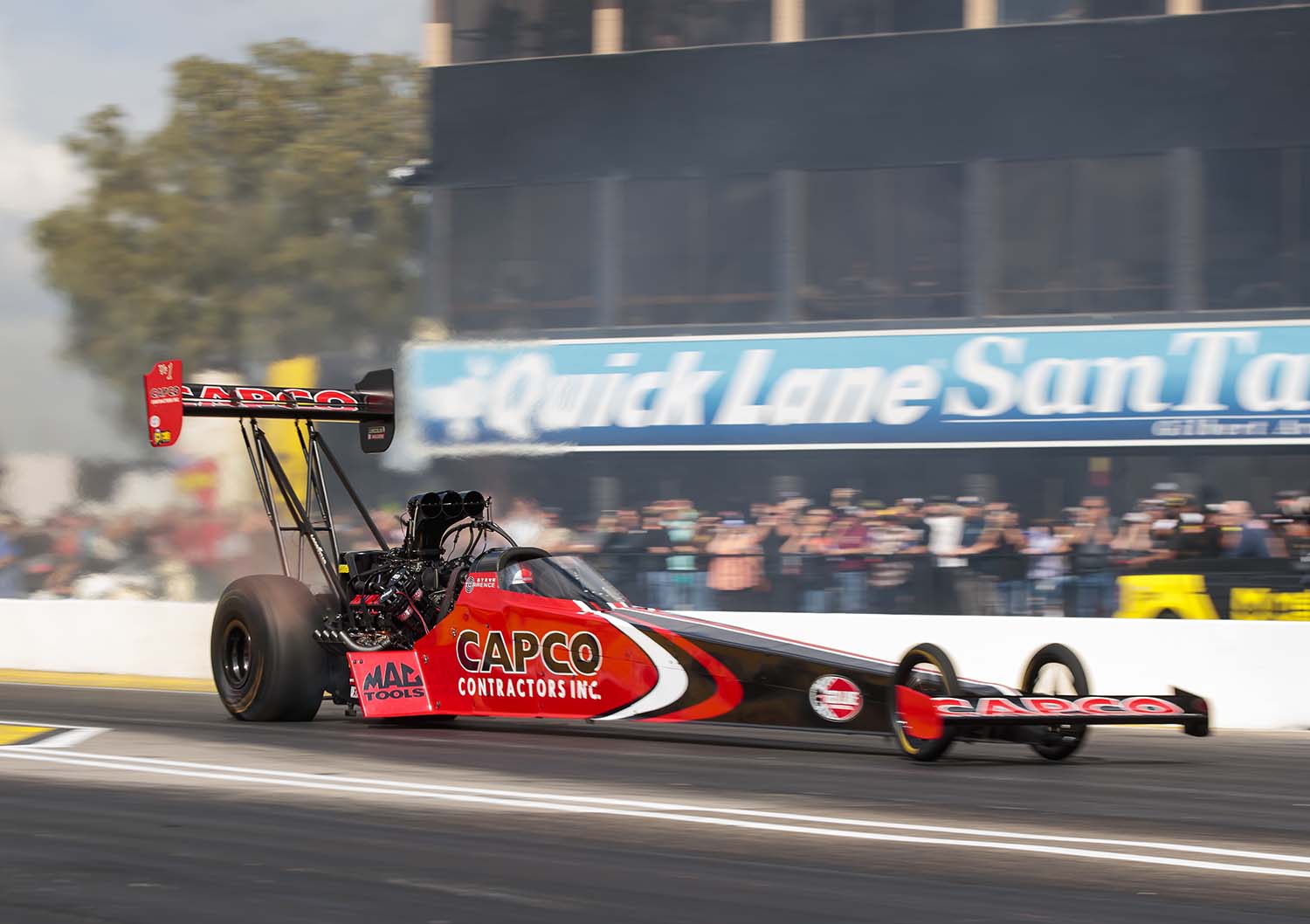 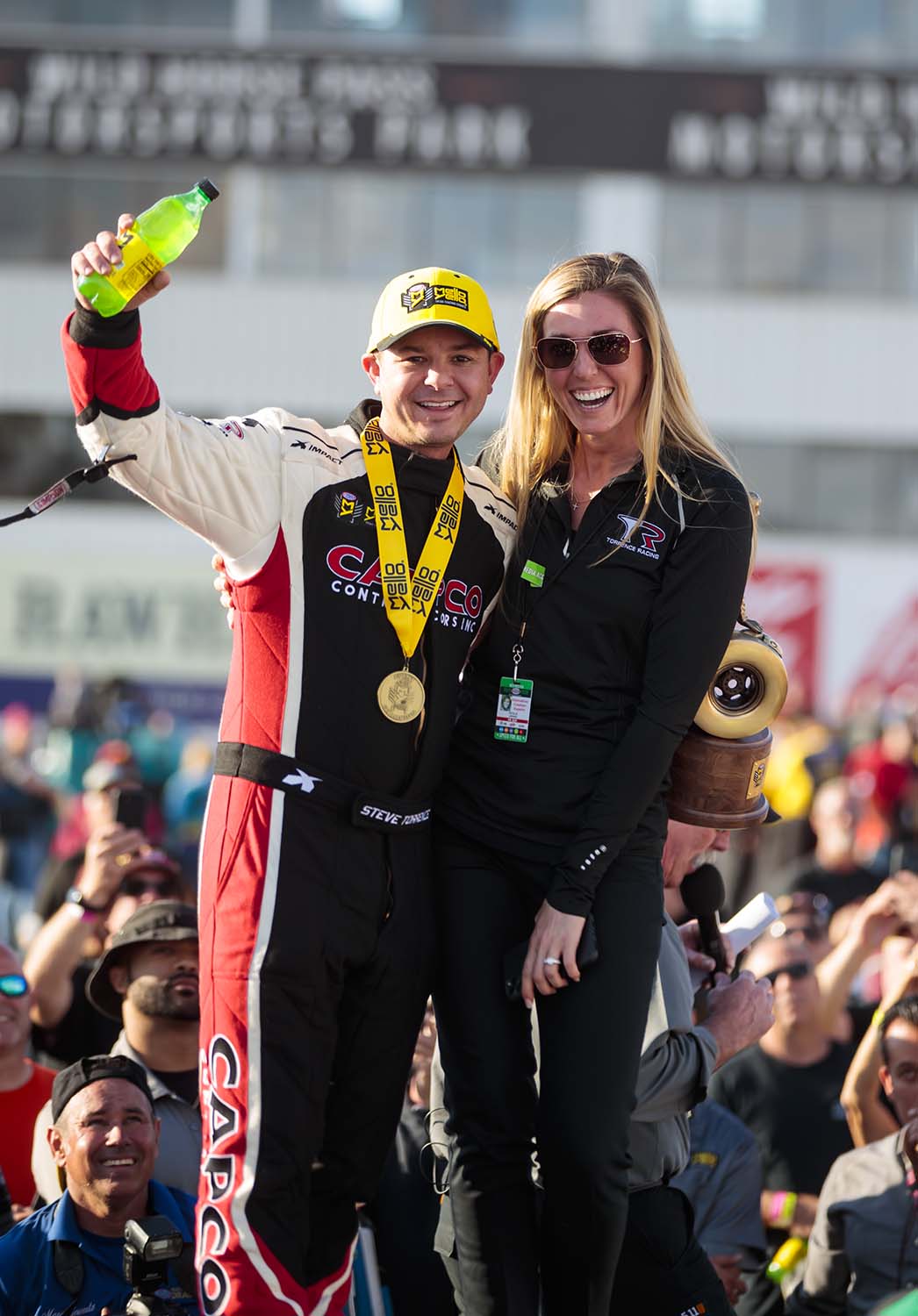 Significantly, it was the cancer and heart attack survivor’s 37th career victory, his 29th in his last 68 starts and the team’s 34th win in the last 69 NHRA events dating back to 2017. Billy Torrence, whose resume includes a pair of Super Comp victories in the national series, won five times in Top Fuel in 2018 and 2019.

“It felt good to be back in the car,” Torrence said. “There’s always more work to be done and more history to be made, but I am blessed with what we have been able to accomplish the past few seasons.

“Two championships would not have been possible without the hard work and dedication of Richard Hogan, Bobby Lagana Jr., Gary Pritchett and all the rest of these bad-to-the-bone Capco Boys along with favorable blessings from the Lord.”

Since he missed the opener, Torrence started the race outside the Top 10 for the first time since June, 2013. He finished the day in fifth place, 91 points behind Kalitta.

“Well, just because we missed (a race) doesn’t mean we forgot how to do it,” he joked. “It’s a long season and we know how the system works but our philosophy hasn’t changed. We still want to win every race. There’s always room for improvement.”

The No. 2 qualifier at 3.671 seconds, Torrence took out journeyman Jim Maroney in round one and former world champion Shawn Langdon in round two to set up the latest episode of an ongoing family feud that has its roots in sportsman racing.

After losing the last two duels to his dad, the younger Torrence regained Monday bragging rights at Capco, the Texas-based oil and gas pipeline construction company at which both father and son work during the week, with a narrow 3.698-3.699 victory.