Both Brittany and John Force enjoyed another impressive performance in qualifying on Friday, as each raced their way to provisional No. 1 positions in Top Fuel and Funny Car, respectively at the DeWalt NHRA Carolina Nationals at zMAX Dragway.

Aaron Stanfield (Pro Stock) and Steve Johnson (Pro Stock Motorcycle) are also the provisional No. 1 qualifiers at the 15th of 20 races during the 2021 NHRA Camping World Drag Racing Series season and the second race in the Countdown to the Championship playoffs.

It marks the second time in three races the father-daughter duo have powered to the top, with B. Force tying her track record set earlier this year with a run of 3.662-seconds at 331.85 mph in her 11,000-horsepower Monster Energy dragster. She is aiming for eighth straight No. 1 qualifier and 10th this season to continue her incredible string of top qualifiers.

“It always feels good to come out and run No. 1 and right now it’s about gaining as many bonus points as we can,” B. Force said. “(Crew chief) David Grubnic set our number and we actually stepped up on it. It’s pretty impressive for our team. There’s a lot on the line and we want to win, but right now we’re focusing on one weekend at a time and run at a time.” 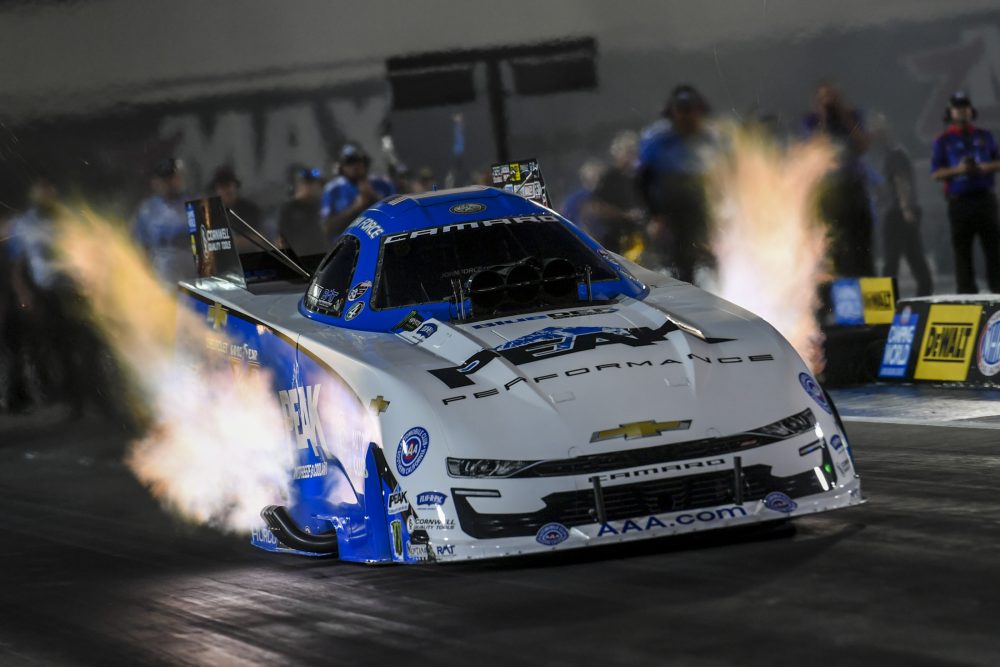 In Funny Car, J. Force blasted to a run of 3.860 at 332.18 in his 11,000-horsepower PEAK Antifreeze and Coolant Chevrolet Camaro SS, continuing his strong pace to open the Countdown to the Championship. If it holds, it would be the third No. 1 qualifier this season for the Funny Car points leader and the 163rd in his career. Force picked up a final round berth last weekend at the first playoff race.

“The points are all jammed up and everybody is within a few points of each other trying to win,” J. Force said. “We’re trying to stay in the game and we’re in the hunt. This track here, it’s just an excellent race track. Everyone is running pretty good out here and we’re excited to be here. I love it, I”m healthy and I just want to race with these kids.”

Force’s teammate, Robert Hight, qualified in the second position through one round after going 3.878 at 330.07 and Cruz Pedregon, who qualified No. 1 last weekend in Reading, is right behind in third with a run of 3.879 at 323.58. 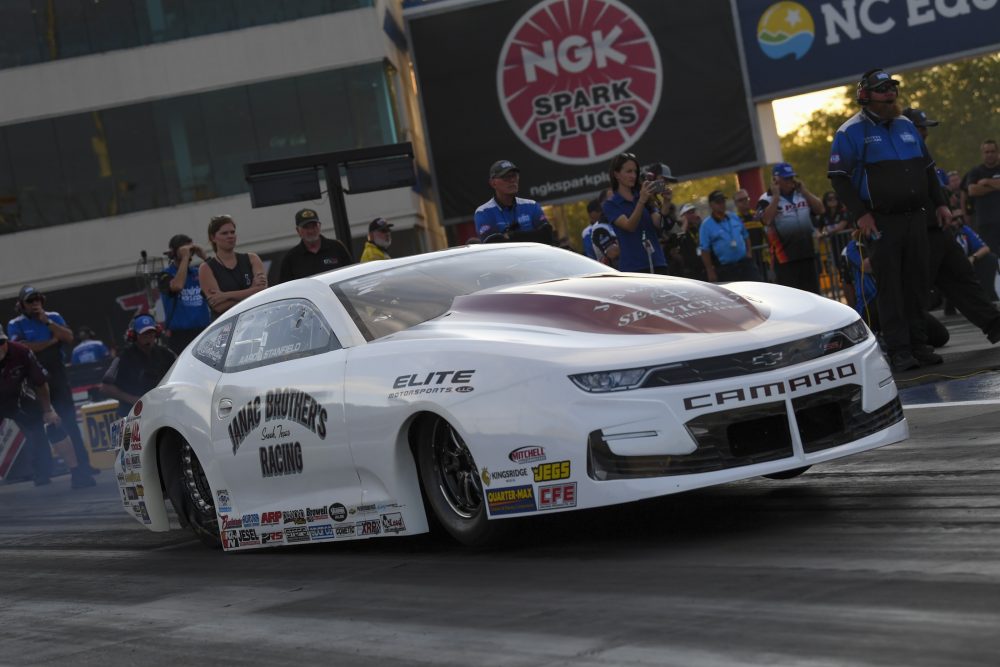 Stanfield made a huge run in Pro Stock and is now in line for his first career No. 1 qualifier after going 6.575 at 208.59 in his Janac Brothers Chevrolet Camaro. Dueling with points leader and defending world champ Erica Enders, Stanfield made a big move on Friday as he looks to get on track in the Countdown to the Championship. Stanfield, currently third in points, lost in the second round at the first playoff race, but picked up some valuable qualifying points in the first session. Enders, who qualified No. 1 in Reading, is right behind in the second spot after going 6.578 at 208.49 and Anderson, who is trying to move past Warren Johnson for the most wins in Pro Stock history, ran 6.580 at 208.39 to qualify third. 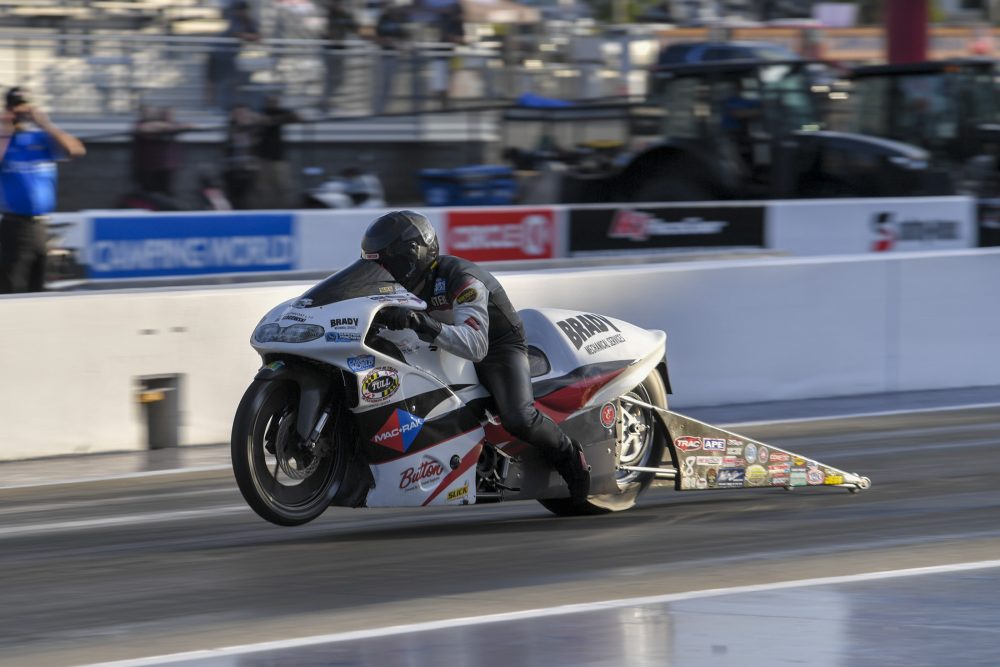 Things continue to roll in a great direction for Johnson, as the points leader vaulted to the top spot on his Mac Rak/Slick 50 Suzuki with a strong run of 6.807 at 196.47. It was a run that separated himself from the competition in Pro Stock Motorcycle, as Angelle Sampey qualified second with a 6.848 at 195.05. If it holds, Johnson would qualify No. 1 for the second time this season and sixth time overall. It would also mark the first time in Johnson’s career that he has qualified No. 1 twice in one season. It would be the latest mark in Johnson’s impressive season, as he has two victories and leads the Countdown to the Championship for the first time in his career.

He also has momentum at zMAX Dragway as Johnson won the spring race at the facility in May, picking up his first win in seven years. Sampey made a solid run to sit second, while defending world champ Matt Smith, who is second in points, went 6.852 at 197.42 to currently qualify third.

Qualifying continues at 1:30 p.m. ET on Saturday at the DeWalt NHRA Carolina Nationals at zMAX Dragway.