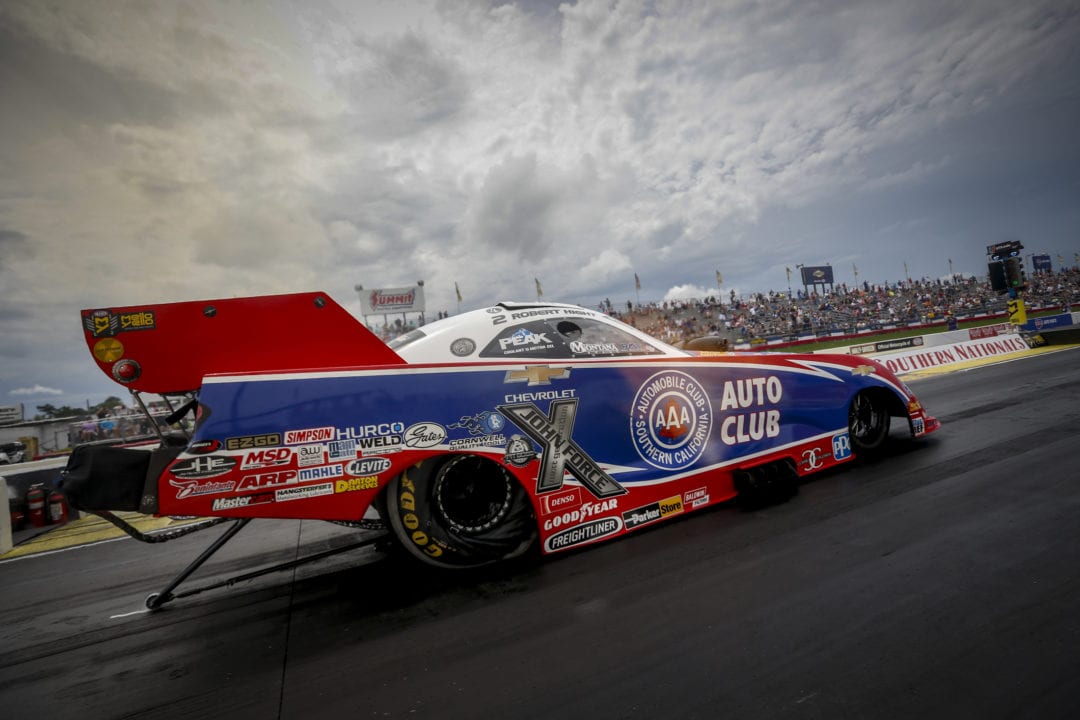 COMMERCE, Ga. – Brittany Force powered to the No. 1 qualifying position in Top Fuel on Saturday at the 39th annual Arby’s NHRA Southern Nationals at Atlanta Dragway.

Robert Hight (Funny Car) and Eddie Krawiec (Pro Stock Motorcycle) are also the No. 1 qualifiers in their respective categories at the seventh of 24 events during the 2019 NHRA Mello Yello Drag Racing Series season. Qualifying concluded after the third session on Saturday due to weather.

Force will look to become the fourth driver in her family to win at Atlanta Dragway following previous wins from her sisters, Courtney and Ashley, as well as her father, John Force, who celebrated his birthday on Saturday.

“I’m feeling good and we’re exactly where we want to be going into raceday,” Brittany Force said. “We have three No. 1 qualifiers this season and that’s awesome, but we want more and we want more wins. We want it all. All of my family has won here, so we’re hoping for a win.” 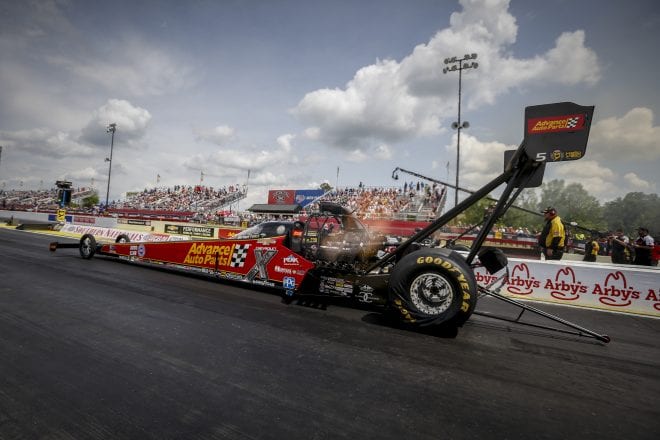 It also marked the second time Hight and his John Force Racing teammate, Brittany Force, qualified No. 1 at the same event in 2019.

“Going in (to the third qualifying session), we knew we were going to be in the bottom half of the field if we didn’t improve, but instead of making a safe run (crew chief) Jimmy (Prock) put it down,” Hight said. “When you push that hard, you risk smoking the tires, but we didn’t and we made the run. It doesn’t get any better than this right now. We don’t want it to go away.” 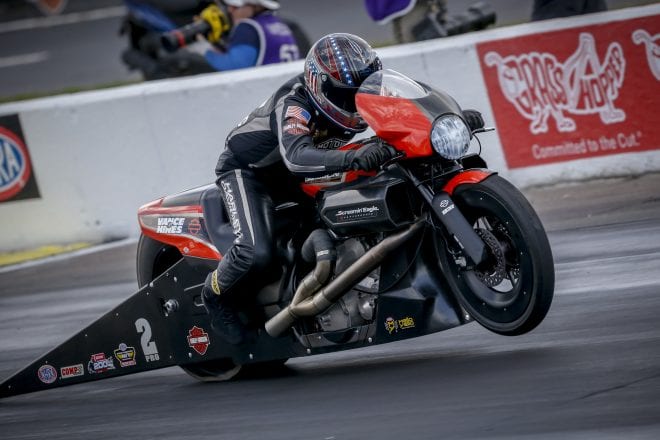 Krawiec took his first No. 1 qualifier of the season and 44th in his career in Pro Stock Motorcycle thanks to a 6.851 at 196.90 on his Screamin’ Eagle Vance & Hines Harley-Davidson. Krawiec, the defending event winner, slipped past teammate and points leader Andrew Hines’ 6.855 at 196.44, and is after his fifth career win at the track. Hector Arana Jr. qualified third with a 6.861 at 196.27.

“We’ve never had motorcycles the way we’ve had them this weekend where they’re this consistent,” said Krawiec, whose first career win in the class came in Atlanta in 2009. “They’re within thousandths of each other, trading numbers going down the track, and it’s something that’s really cool. It’s hard to tune to changing weather conditions, but we’ve done a pretty good job of that here.”

In the E3 Spark Plugs NHRA Pro Mod Drag Racing Series presented by J&A Service, points leader Stevie “Fast” Jackson claimed his second No. 1 qualifier of the season in his supercharged Bahrain 1 Racing Camaro, racing to a class-best qualifying time of 5.768 at 250.69.

“We were ready to make a run for it in that last session before the weather hit since we knew we could stand on our run from (Friday),” Jackson said. “We were trying some stuff to get ready for raceday, but it wasn’t in the cards to run it today. Qualifying in Pro Mod in general is an accomplishment and I think the odds are in our favor (Sunday).”

Eliminations for the Arby’s NHRA Southern Nationals begin at 11 a.m. ET on Sunday. 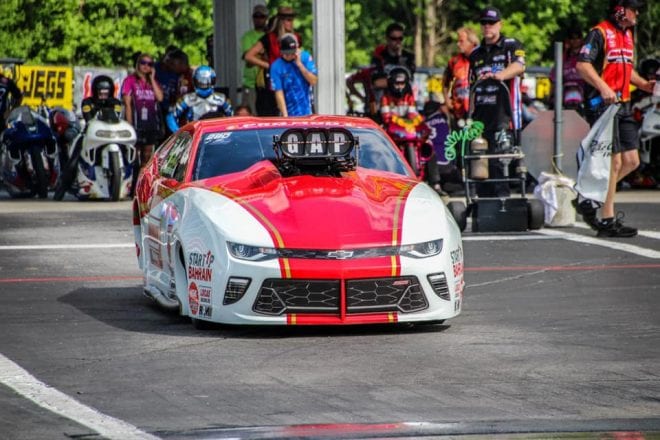