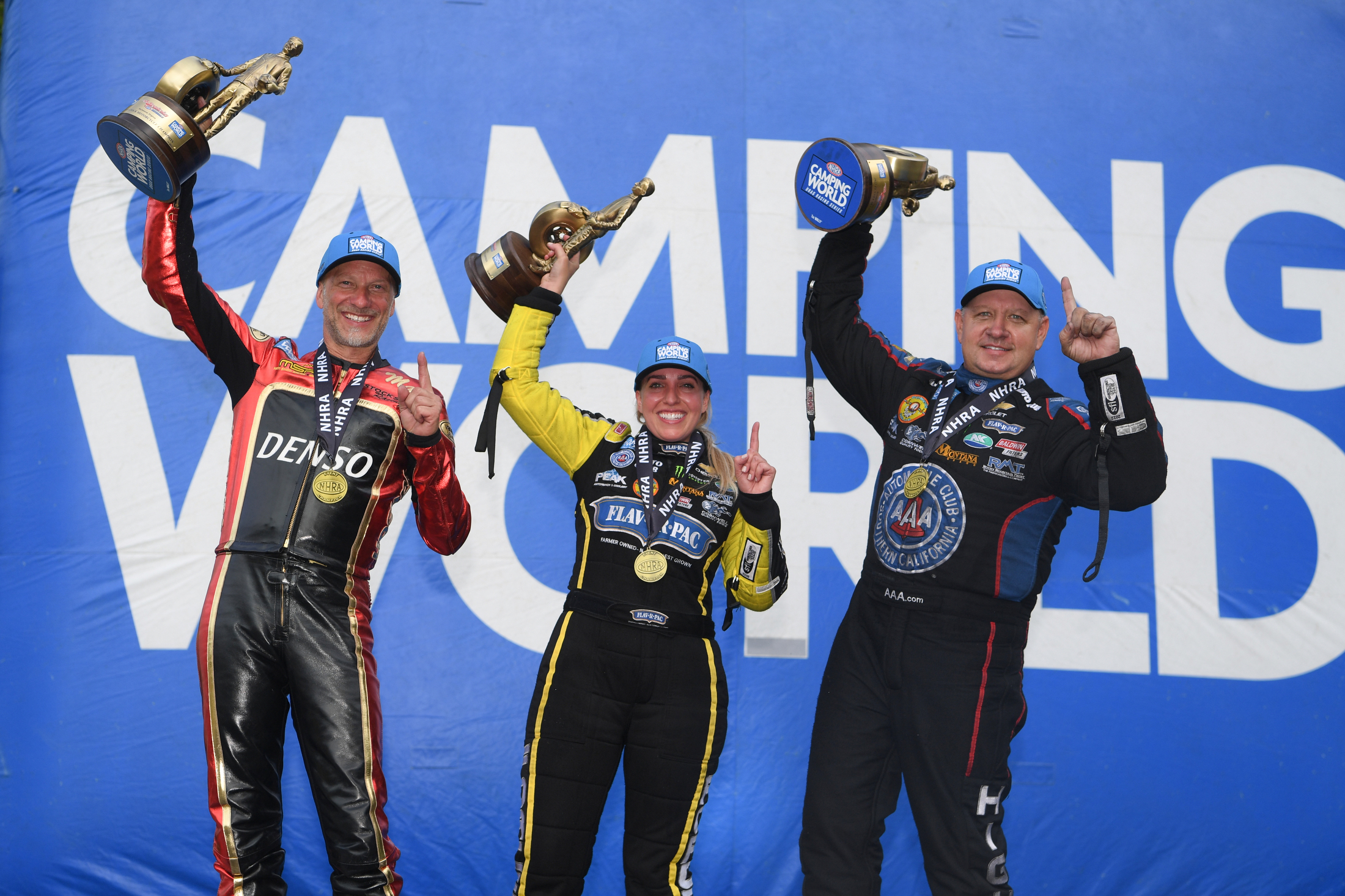 Brittany Force finished off a dominant weekend that included track records and a No. 1 qualifier with an impressive Top Fuel victory on Sunday at Virginia Motorsports Park, helping John Force Racing to a Top Fuel and Funny Car sweep at the Virginia NHRA Nationals. 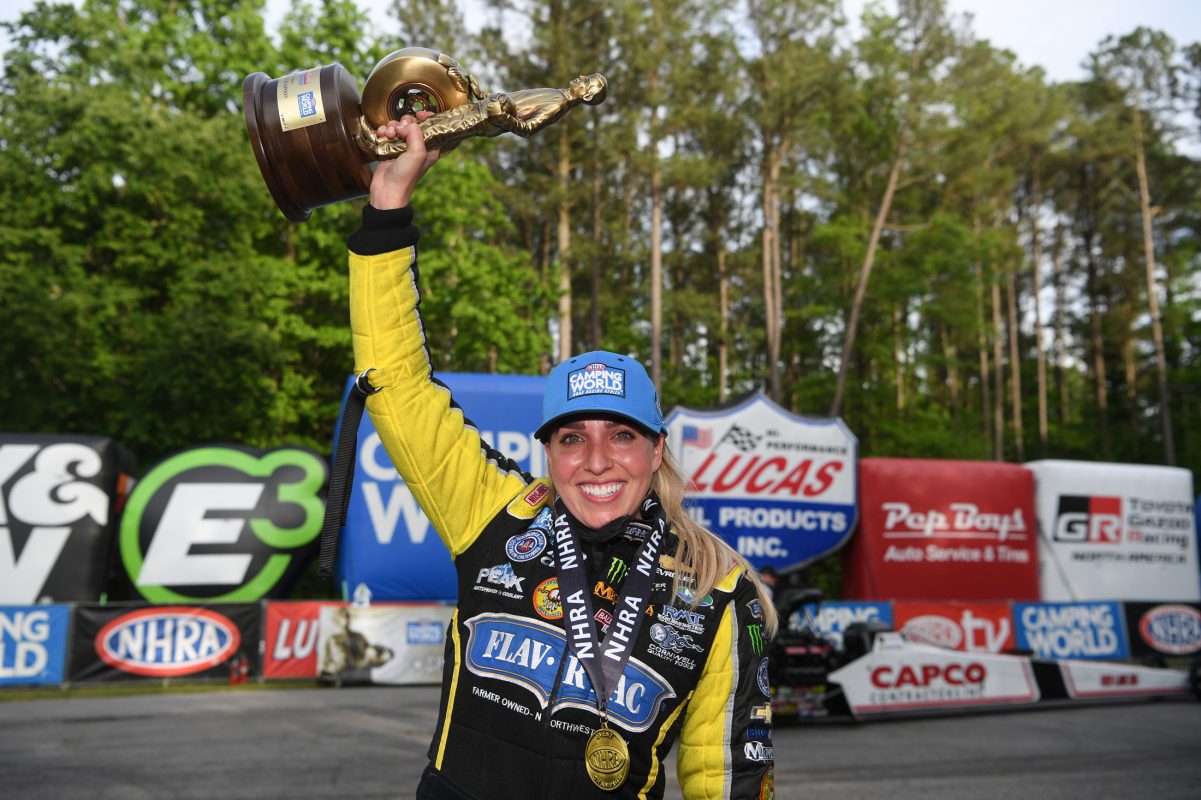 Force never trailed in the final round against four-time defending world champion Steve Torrence, going 3.770-seconds at 334.07 mph in her 11,000-horsepower Flav-R-Pac dragster to win for the third time this season. After the Top Fuel points leader set both ends of the track record in qualifying, she knocked off Shawn Langdon and Mike Salinas to reach the final round, finishing off NHRA’s first race at Virginia Motorsports Park since 2019 with her 14th career win. It was particularly rewarding to finish off the JFR sweep, extending her points lead to 81 over rival Torrence.

“This has been our greatest season yet,” Force said. “To come on strong with this many wins, I’m so excited. We’ve never won here in Virginia, so it was very cool to get this win. This Wally (trophy) is for (crew chief) David Grubnic because he makes the impossible happen. Any win is special, but to qualify No. 1, set the track record and then get the win, it’s great. Robert and I seem to have a lot of luck together, and it was great to see him win. Our whole team has come a long way and we’re already ahead of ourselves from last year.”

Torrence reached his first final round this season and 78th in his standout career thanks to wins against Scott Palmer, Tony Schumacher, and Austin Prock. He also moved into second in points. 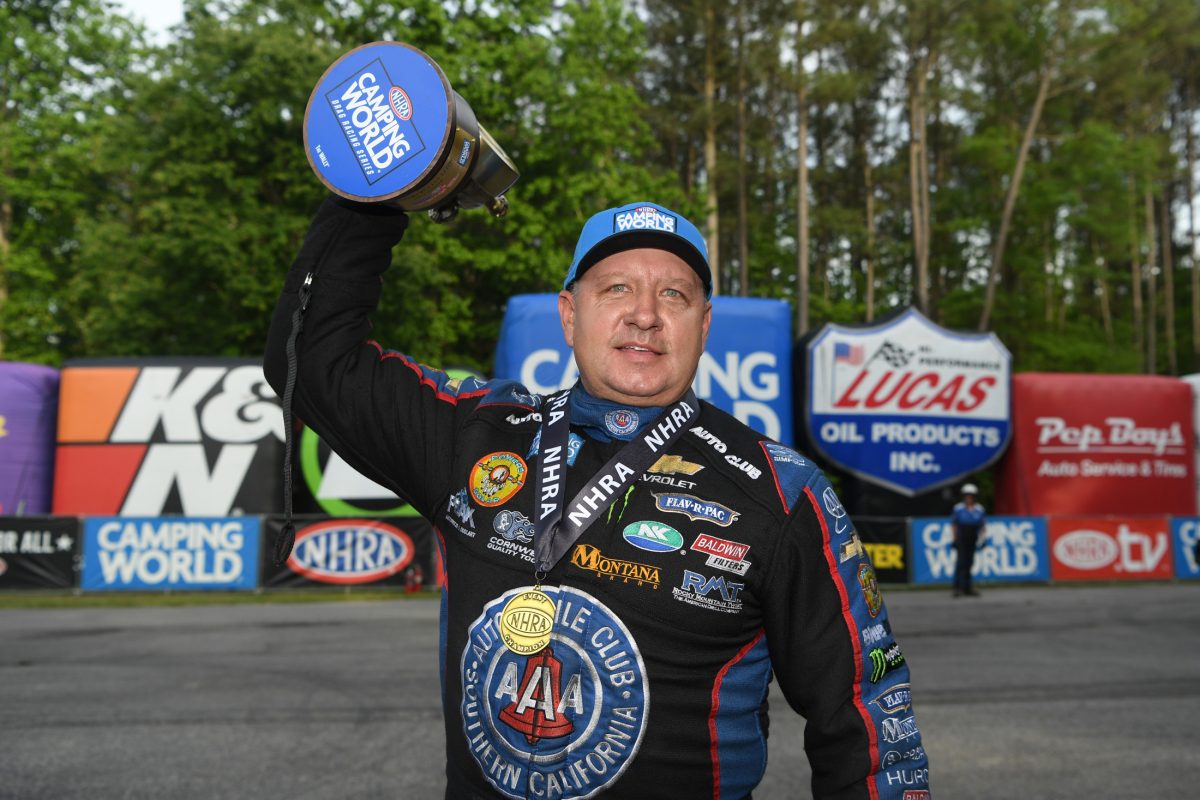 Hight helped ensure a nitro sweep for JFR, delivering a 3.907 at 328.86 in his 11,000-horsepower Auto Club Chevrolet Camaro SS in the Funny Car final round against points leader Matt Hagan. It marked a massive turnaround from the previous two days, where Hight and his standout team struggled mightily in qualifying. But the team found the winning recipe in eliminations, knocking off Tim Wilkerson, defending world champ Ron Capps and Bob Tasca III to reach the final round. Hight followed with the victory against Hagan in another thrilling matchup in their 2022 duel, picking up his third win this year and 56th in his career. It also gives Hight his first victory at Richmond to finish off an incredible weekend.

“I think we’ve had three battles with Hagan this year and it seems like it happens every week,” Hight said. “I think we’ve got the best two cars in the class and when you race them, you better be up for it. They were better than us in qualifying, but what a difference a day makes. We had mechanical failure the first run and it set us behind the whole weekend. But when you’ve got this great team, you just believe in them, and they just navigated things great today. We’re going to have a lot of these battles the rest of the year and hopefully we can just keep winning them.”

Hagan, who was the No. 1 qualifier, delivered a strong 3.948 in the finals, reaching the championship round with wins against Chad Green and John Force. It was his fifth final round this season and the 76th in his career. His points lead now stands at just 15 over Hight. 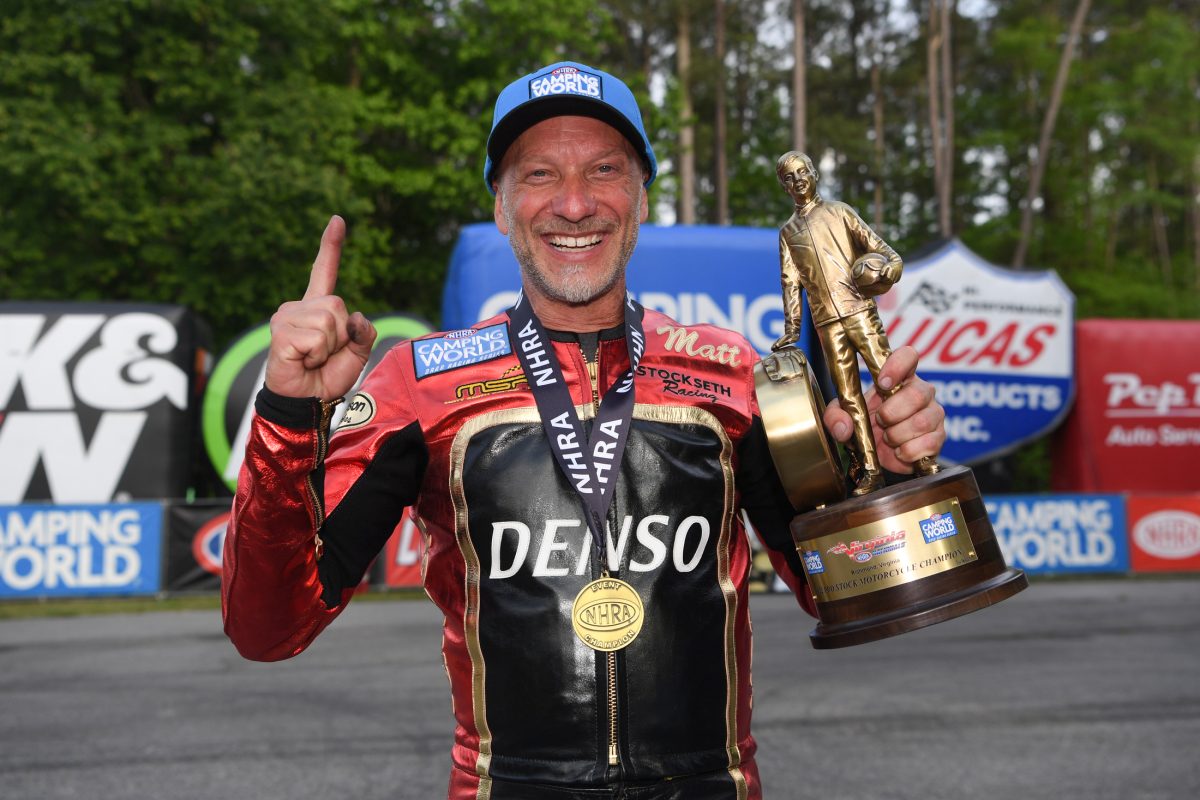 In Pro Stock Motorcycle, defending world champ Smith denied Steve Johnson his third straight win, adding another great layer in their ongoing rivalry, going 6.842 at 198.35 on his Denso Auto Parts/Stockseth/Matt Smith Racing Suzuki to beat the points leader on a holeshot. It was a satisfying first victory in 2022 for Smith on a number of levels, including the fact that it was his first career victory on a Suzuki.

“This is big for us,” Smith said. “Our did team did their homework after Charlotte. We’re still not where we want to be, but we’re getting closer and all in all, it was a great weekend for us. I went to 4-5 finals on a Suzuki early in my career, but I could never close the deal, so to now have won on a Suzuki, I’m truly blessed. I haven’t been this excited to win a race in a very long time.”

To reach the final round, Smith knocked off Chris Bostick, teammate Jimmy Underdahl and Eddie Krawiec. He left first on Johnson in the finals, holding him off at the finish line to earn his 33rd career victory and first at Virginia.

Johnson, who maintained his points lead, reached his third straight final on the strength of wins against Ryan Oehler, Karen Stoffer and Marc Ingwersen.