Brittany Force unleashed the quickest run in the history of Bandimere Speedway on Saturday, rocketing to the No. 1 position in Top Fuel in front of a huge crowd at the Dodge//SRT Mile-High NHRA Nationals presented by Pennzoil.

Force, a former Top Fuel world champ, put together a monstrous track-record run of 3.717-seconds at 326.00 mph in her 11,000-horsepower Monster Energy dragster to close out qualifying. That gave Force her third No. 1 qualifier in 2021 and 23rd in her career, as she tries to close in on her first win of the season and also her first victory on Thunder Mountain in Denver. She’s been close throughout the year, advancing to a pair of final rounds and Force will look to finish the job on Sunday.

“John Force Racing as a whole, we took a step back in 2020. Every single one of my guys put their faith in John Force Racing and every one of them returned,” Force said. “I think that shows so much about character and their loyalty to this team. (Crew chief David) Grubnic said he was going to push it like he always does, so thank you to my guys. I’m excited to be here and I’m just glad to be back in Denver. I really want to win on the mountain. I’ve never won here in Denver and hopefully, we can win this thing tomorrow.”

Points leader and three-time defending world champ Steve Torrence finished second thanks to his impressive run of 3.778 at 327.11 from Friday. Mike Salinas took the third spot with his run of 3.836 at 320.51. 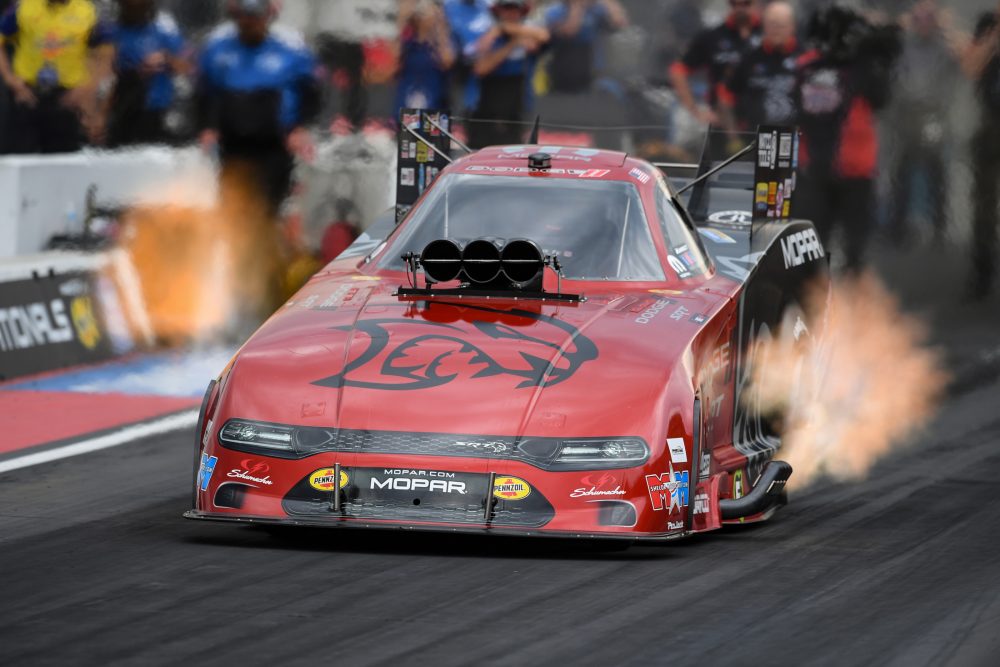 Matt Hagan moved a step closer to picking up his first victory at Bandimere Speedway, as he qualified No. 1 thanks to his run of 3.966 at 319.22 from Friday in his 11,000-horsepower Mopar Dodge Charger SRT Hellcat Redeye. That run gave Hagan his second No. 1 qualifier of the 2021 campaign and 42nd in his career. Winning in Denver has been one of the few things that has eluded the defending world champ and Hagan is in a prime position to change that on Sunday.

“We’ve got to go rounds, there’s no doubt about it, but we’ll take that No. 1 qualifier right now,” Hagan said. “We’ll take that momentum into raceday tomorrow. This Hellcat is running strong and I cannot wait to put on a show tomorrow for all these fans here in Denver. It’s going to be awesome.”

Alexis DeJoria qualified second with her run of 3.982 at 323.50 on Friday and Tim Wilkerson jumped to third during the final qualifying session on Saturday with a pass of 3.984 at 312.35. 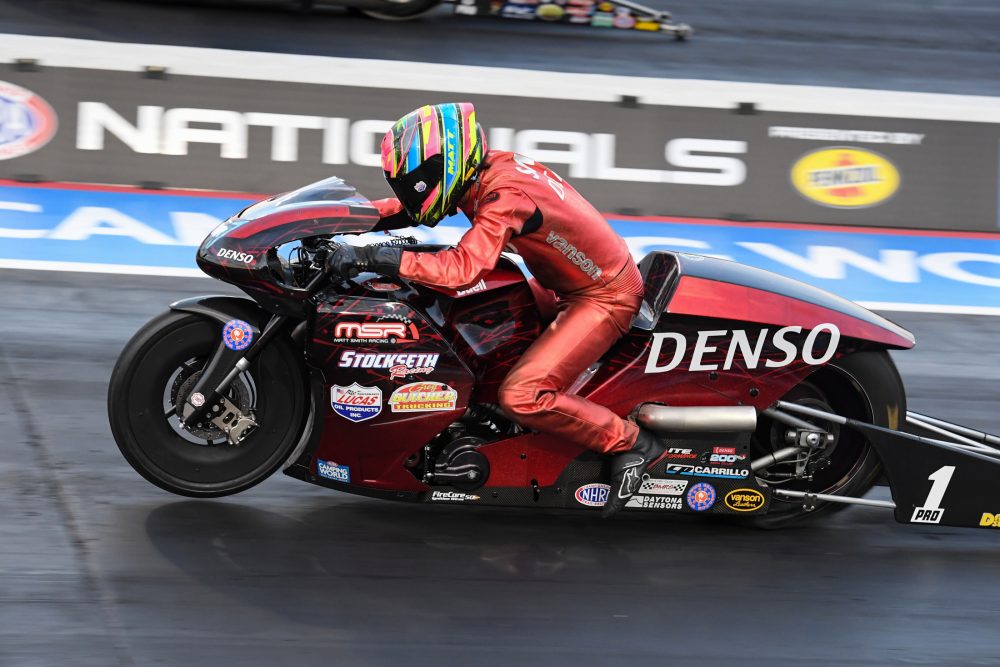 After qualifying in the No. 1 spot on Friday in Pro Stock Motorcycle, Matt Smith only got better on Saturday, improving on each run and finishing the day with a pass of 7.113 at 189.47 on his Denso Auto Parts/Stockseth/Matt Smith Racing EBR. It hands the points leader and defending world champ his second No. 1 qualifier of the year and the 45th in his career, and also gave Smith the speed record at Bandimere Speedway. Smith made the quickest run of every session in qualifying, giving the standout plenty of confidence heading into eliminations.

Justin Bond finished No. 1 in the E3 Spark Plugs NHRA Pro Mod Drag Racing Series presented by J&A Service. He ran a 5.976 at 230.45 to place himself atop the competitive category.

Eliminations for the Dodge//SRT Mile-High NHRA Nationals presented by Pennzoil begin at 11 a.m. MT on Sunday.