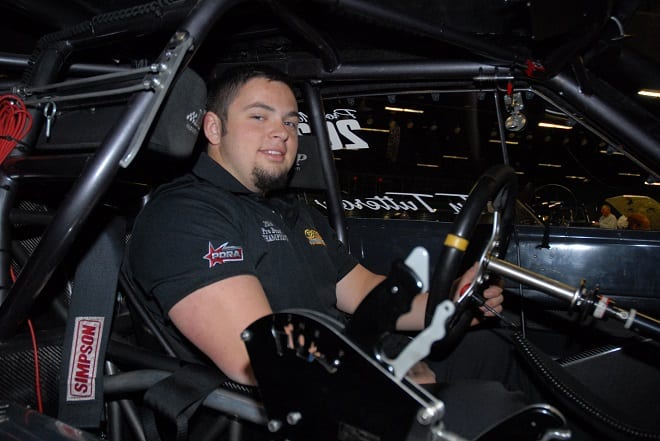 Always looking to improve what is probably the longest running single track series in the country, Piedmont Dragway’s “Big Dog Shootout” is proud to announce that ATI has come on board for the 2015 season. The racing transmission firm, with roots in Maryland dating back 50 years when Funny Cars were just beginning to run 200 MPH in the quarter mile, now has racing automatic transmissions that can take the punishment of today’s Pro Mod cars, which are running 200 MPH in the eighth-mile. Just ask Chris Rini, whose Pro Nitrous Camaro has been sponsored by Jim and JC Beattie of ATI for several seasons and is a previous “Big Dog Shootout” points champ.

Additionally, the partnership with EOPM as far as events and rules has opened the door for competitors that previously were unable to compete in the ever-competitive series. With three events that combine the series with the EOPM group – the July Power Jam, an August 1st race, and the Lucas Oil Pro Mod Shootout – should produce record car counts and record times. At the last event in 2014, two competitors surpassed the 200 MPH mark with several running 199 MPH. Discussions are underway to start a 200 MPH Club that would include Todd Tutterow and Randy Weatherford. Event winner Tommy Franklin was knocking on the door with a run at 199-plus MPH. Over 30 cars showed up for this event and the coming season should provide similar car counts in the always popular series.

Also announced as a new title sponsor for the Renegade Series is Super Clean. This product has been a popular cleaning product that has become a standard in many racers’ tool boxes to combat the day-to-day grime of racing. With new rules that will make it a fit for some of the idle Mountain Motor Pro Stock cars, the Renegade Series should see increased car counts, as well.

In all, with new sponsors, rules, and possibly large car counts, the fans and competitors are in for a tremendous year at historic Piedmont Dragway, the “Doorslammer Capital of the World”, continuously operating since 1957. For more info call 336-449-7411 or go to www.piedmontdragway.com.