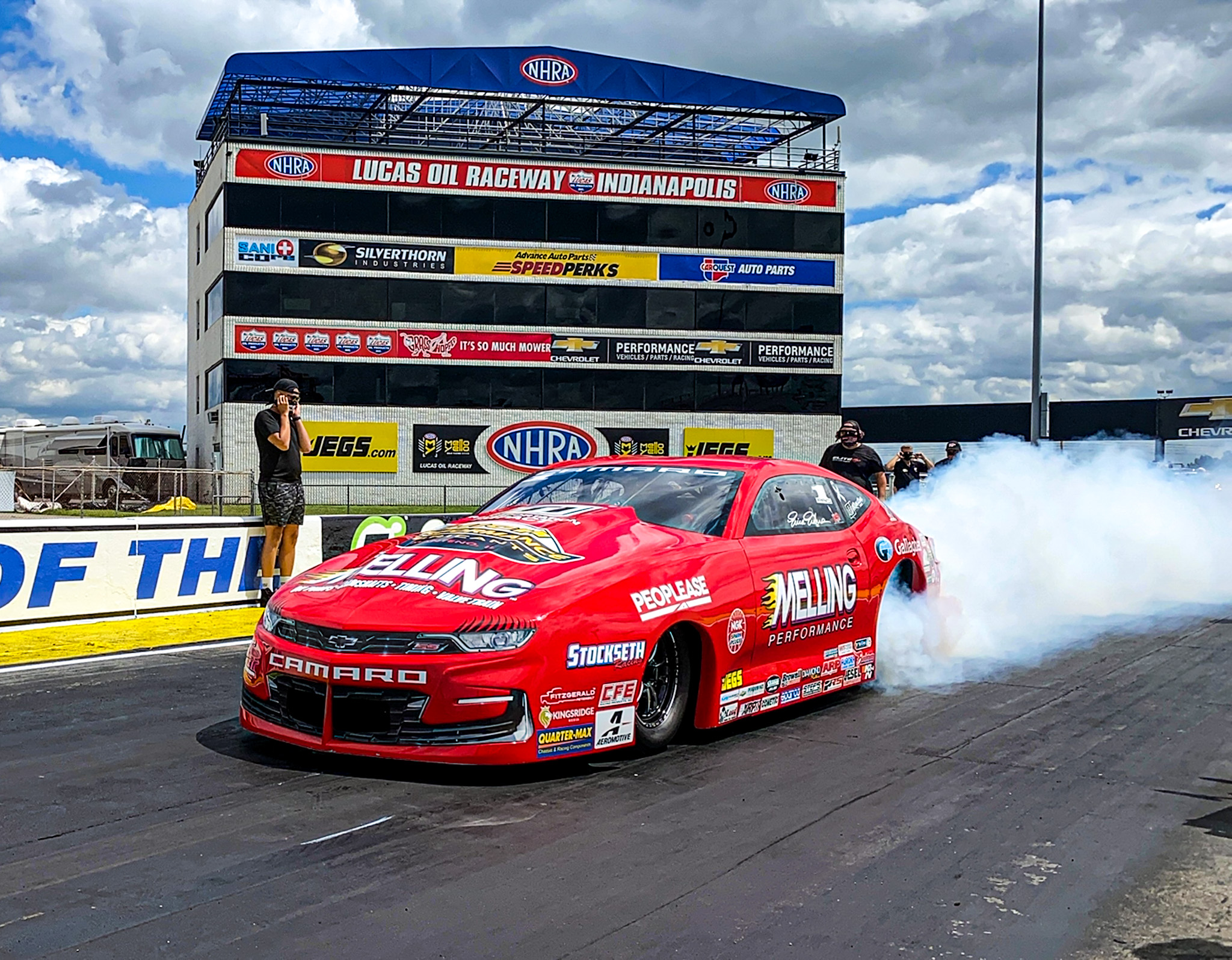 It’s been nearly five months since Erica Enders last competed in a NHRA race. But that one went pretty well for the reigning Pro Stock world champion, which means the goal is to pick up right where she left off after winning in Phoenix way back in February.

The COVID-19 pandemic put NHRA racing on hold since then, but the 2020 campaign officially restarts this weekend in Indy with the E3 Spark Plugs NHRA Nationals. It’s just the third race in the Pro Stock season during a year that been like no other, but the mindset remains the same for Enders. She ran impressed in Phoenix in her Melling Performance/Elite Motorsports Camaro en route to the win, and the team aims to keep that up this weekend in Indy.

“It was a great start to the year for our team. It shows the hard work everyone on the team has put in is paying off, and that’s been exciting,” Enders said. “We have the points lead and our goal is to never relinquish it. It’s a tall order, but we’re going to come out swinging.” 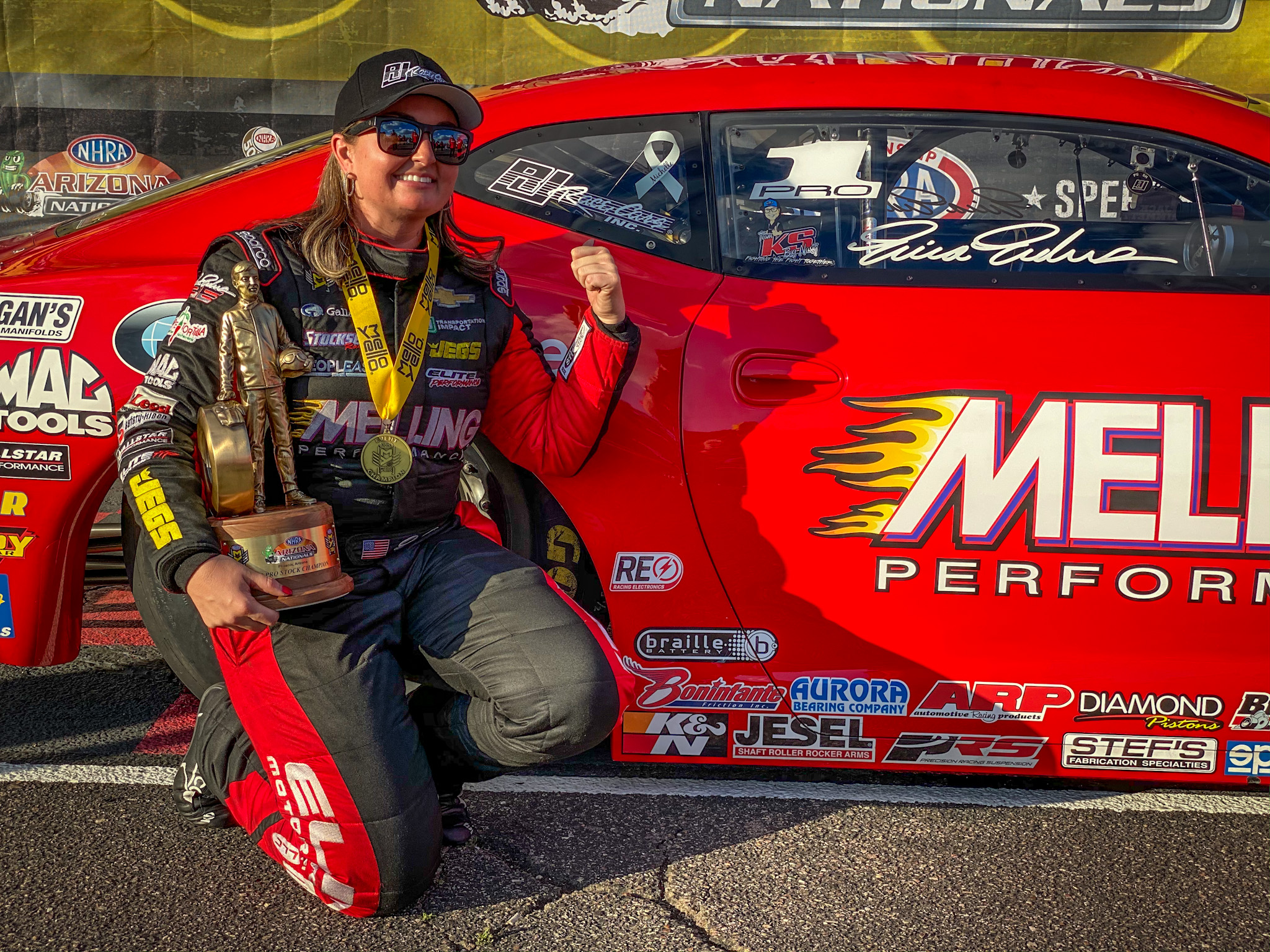 That’s already been evident in testing at Lucas Oil Raceway leading to Saturday’s first qualifying session. The Elite Motorsports team, well-represented with six Pro Stock entries this weekend, looked strong right off the bat with Jeg Coughlin Jr. leading the way. Enders ran a strong 6.640 in the heat of the day, the second-quickest in the class, putting her in a good spot heading into Saturday.

The test session knocked off whatever rust was there, but Enders’ approach to the restart has always been to start well right off the bat. The team has been hard at work during the extended downtime, which the three-time world champion hopes leads to immediate results.

“It’s important to come out on the right foot as soon as you step off the trailer,” said Enders, who has 26 career victories. “We have our plan and we’re going to stay prepared. It’s going to be very important to be methodical about how we run things. Every race matters and we have to be diligent.”

The team has been methodical away from the track the last several months. The Elite Performance engine shop was busy developing intake manifolds and finding more horsepower with their engine program, while Enders will also debut a new trailer in Indy.

That all has Enders excited for the weekend, even if it’s like starting fresh after such a long gap between Pro Stock events for the defending world champ and the rest of the talented standouts in the class. Still, Enders watched the work the team put in these past four months and she is confident that will pay dividends this weekend.

“All of our engines were sitting in a line ready to go,” Enders said. “We’ve used all this time off to make us as prepared as possible for what’s to come. The engine shop stayed on track as if we were racing as far as R&D, totally working as normal. We’ve spent time switching everything over to the new trailer, getting it organized, and it’s been all hands on deck.”

Qualifying for the E3 Spark Plugs NHRA Nationals takes place at 11:45 a.m. and 3:15 p.m. on Saturday, with eliminations beginning at 10 a.m. on Sunday. Television coverage includes qualifying action at 4:30 and 8 p.m. on Saturday on Fox Sports 1 (FS1), with live action continuing from 12-2:30 p.m. Sunday for eliminations on the FOX national broadcast network. 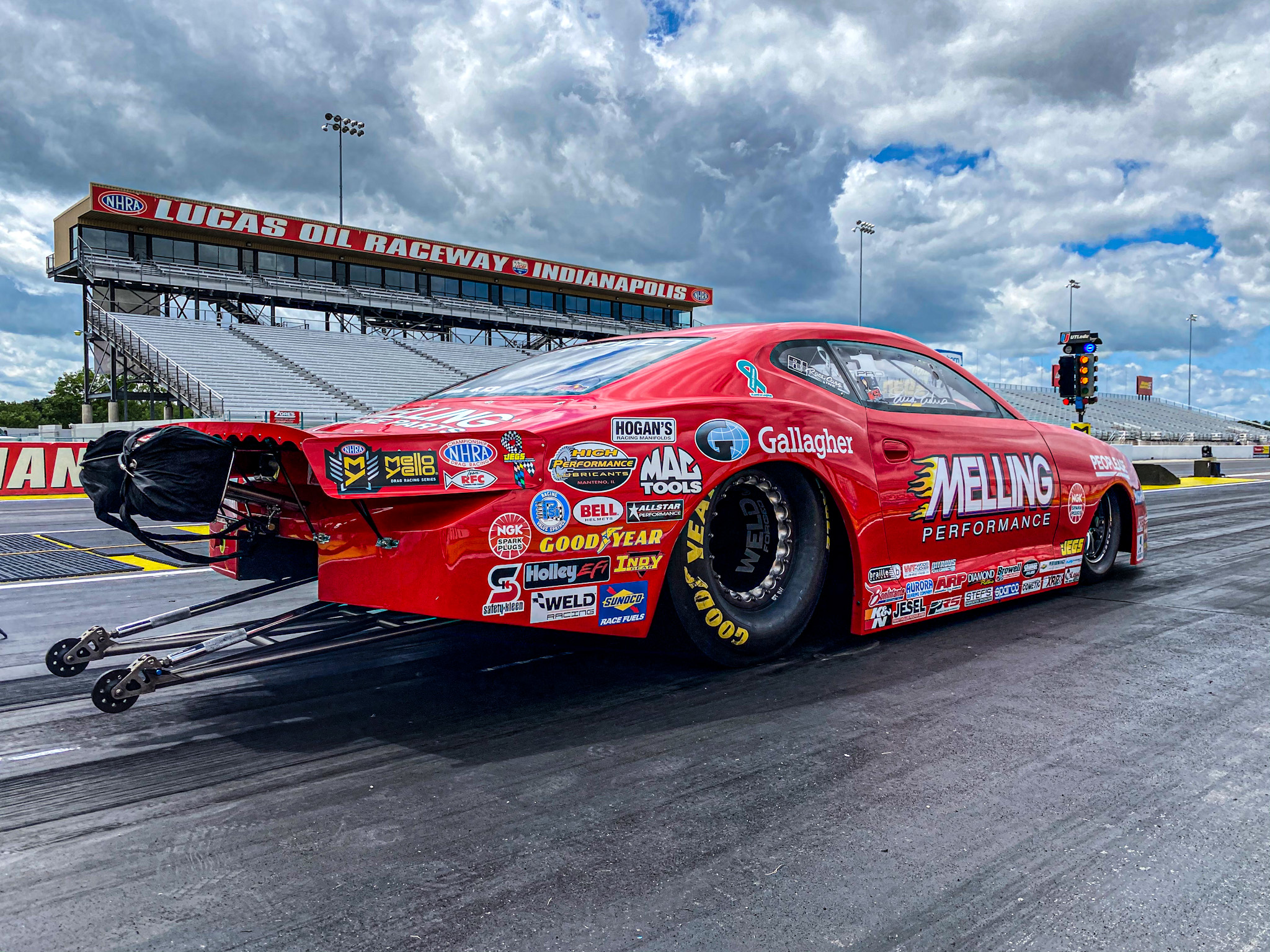