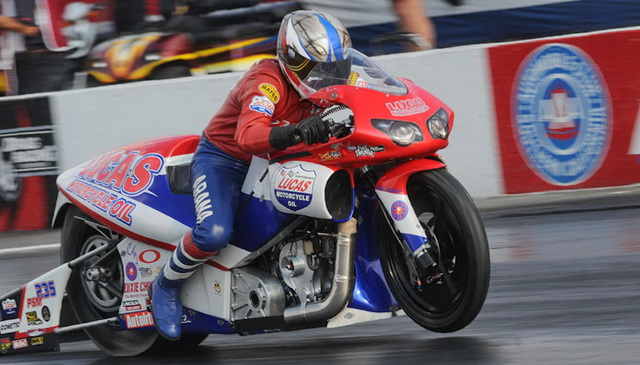 The Countdown to the Championship begins at this weekend’s Carlyle Tools NHRA Nationals, and Lucas Oil Buell rider Hector Arana Sr. knows he can learn from the advice he gave his two sons.

Arana’s oldest son Hector Jr. leads the Pro Stock Motorcycle standings heading into the first of six playoff races, and his other son Adam is making his first appearance in the Countdown.

His advice to Hector Jr. was pretty simple. 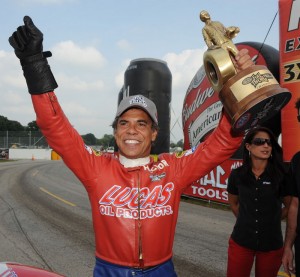 “All I said was, ‘Let’s go there and do the best we can and stay focused and grounded,’ ” Arana said. “That’s all I’m expecting.”

His advice to Adam was a little more detailed.

“I’ve been having conversations with Adam, and the thing I’ve been telling him is, ‘Listen, I’ve been there,’ ” Arana said. “I’ve been a coach so he can get better faster. I told him not to worry about anything, that whatever happens, happens. I told him not to be afraid of going for the light, to learn how to relax: ‘We’re just running here like qualifying. That’s where I want you to be.’ ”

Arana, who sits fifth in the points, knows he needs to listen to his own advice.

“My strategy is the same,” Arana said. “I need to start being more aggressive and wanting it more to do better and win. I need to stay focused. It’s time. I’ve seen that I know how to do it. I’ve just got to find my way back there and just do it.”

Arana heads to this event after qualifying No. 1 at the U.S. Nationals in Indianapolis and reaching the semifinals at the race before that in Sonoma, Calif. He is the 2009 Pro Stock Motorcycle champion, winning the title with two victories, one semifinal appearance, and four No. 1 qualifiers in five Countdown races.

Qualifying for the Carlyle Tools NHRA Nationals gets under way at 4:15 p.m. EDT on Friday and continues at 12:15 p.m. on Saturday. Eliminations will begin at noon on Sunday. ESPN2 will air the qualifying sessions on Sunday at 3:30 a.m. EDT and eliminations at 8:30 p.m.