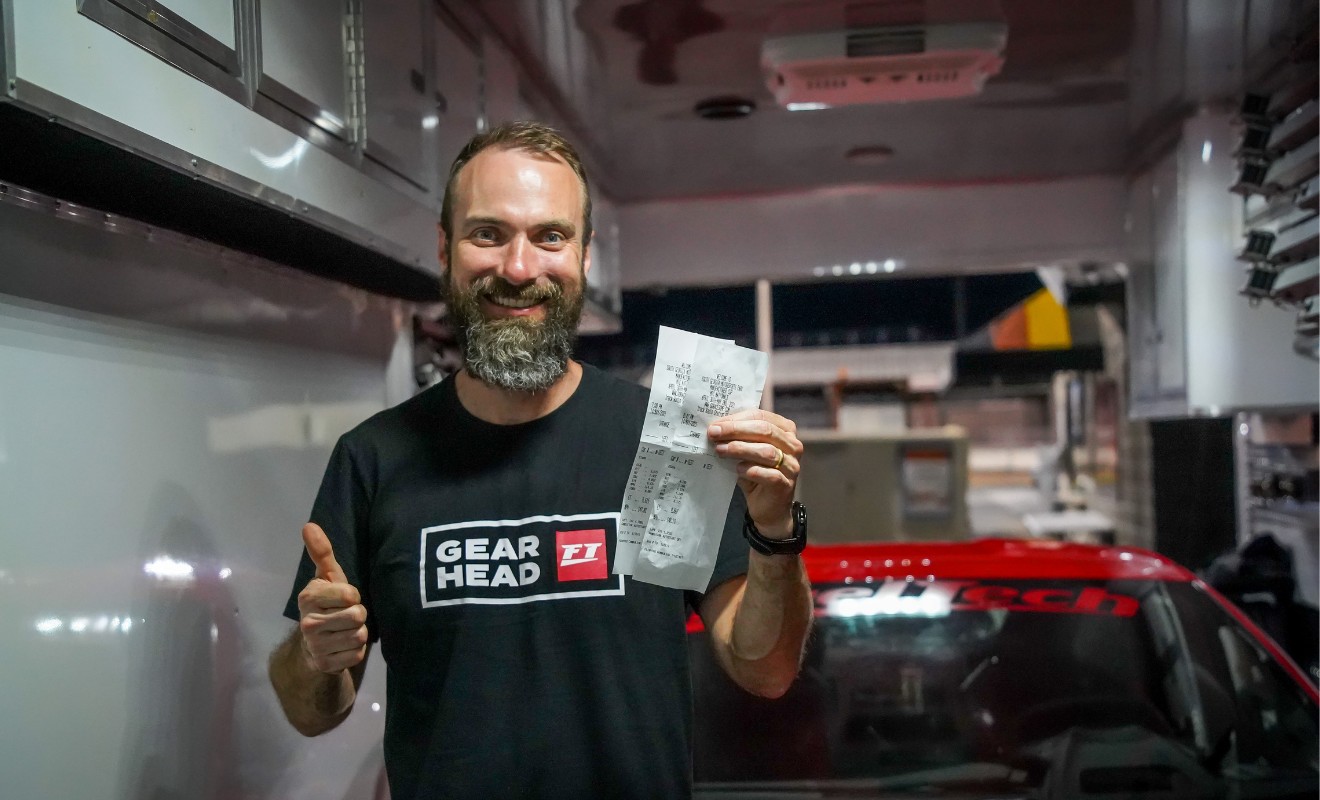 Almost two months ago the gang at FuelTech USA shocked the late-model Corvette, throwing down a jaw-dropping 1,075-horsepower from their twin-turbocharged C8 on their in-house hub dyno. They followed up the big power pull with a stout 9.72-second, 146mph pass down the quarter-mile at Virginia Motorsports Park during the Outlaw Street Car Reunion. Clearly, Anderson Dick and his crew were just getting started. 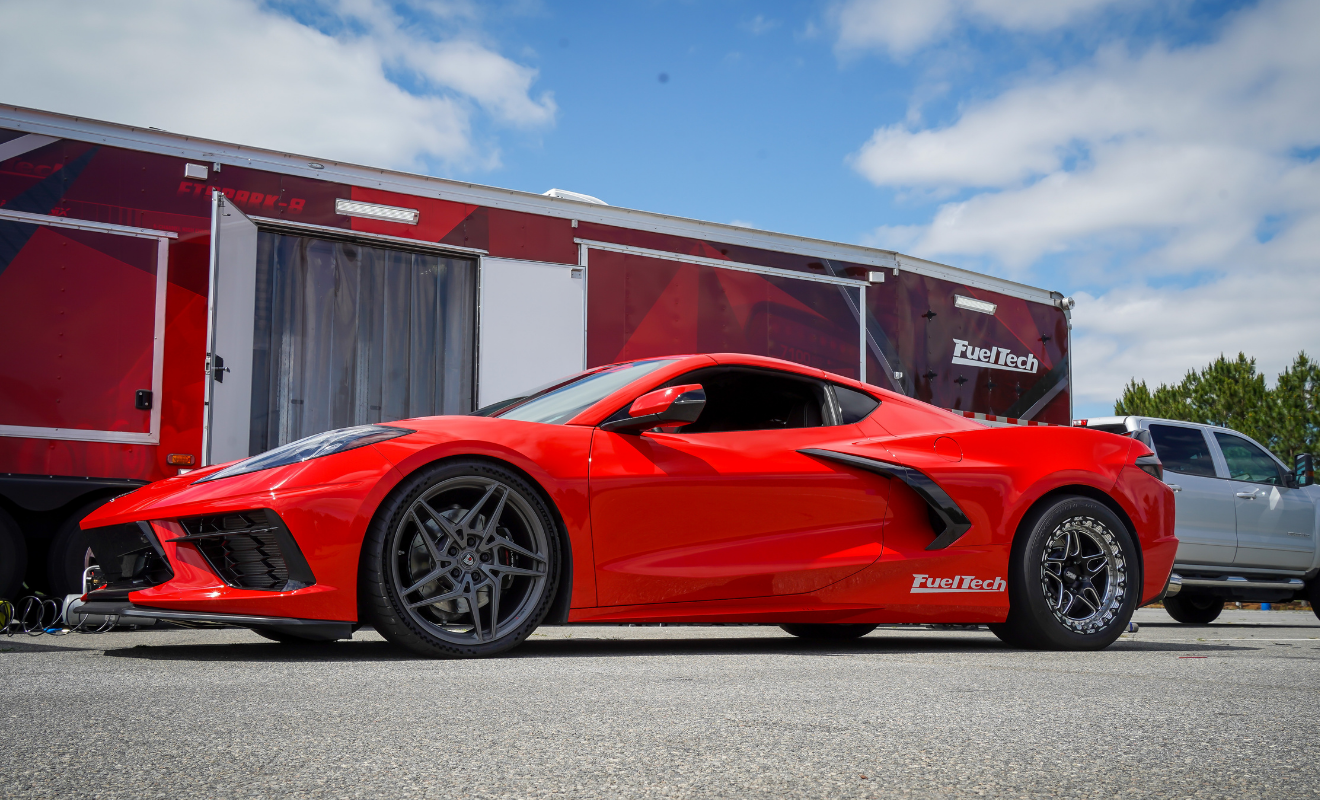 During a private test session earlier this week at South Georgia Motorsports Park, Dick clicked off a slew of killer runs, including a 9.61-second, 148mph pass to bookend a seriously impressive track outing.

The main goal of the C8 Corvette is to develop EFI technologies while showing the versatility of the PowerFT line of engine management systems. The EFI setup on the FuelTech C8 Corvette features a custom jumper harness that allows a FT600 ECU to control fuel and timing in this twin turbocharged combination. The internal boost controller and power management options allow Anderson to custom program the power curve, which is a critical function in getting the vehicle to perform properly on the drag strip. The OEM powertrain control unit forces the team to modify the shift procedures, transmission pressure controls, and the clutch adjustments. The team made huge strides this outing with multiple 9-second runs and three jaunts into the 9.60s, but there is more work to be done.

The team also relies on the FT600 data logger to record factory sensors at a high sampling rate in addition to an assortment of FuelTech sensors. The Corvette employs two WB-O2 Nano meters that monitor the air/fuel ratio through Bosch LSU 4.2 sensors in the exhaust. Other sensors wired into the FT600 include backpressure canister, 0-150 psi pressure sensor to monitor the port fuel injection, two backpressure sensors for each turbocharger as well as turbocharger speed sensors. Anderson also added two FuelTech EGT-4 kits, which allows individual cylinder EGT monitoring for all eight cylinders, aiding in complete data collection and engine safety.

New for this track outing was the addition of a Nitrous Outlet laughing gas kit with the goal of getting the Corvette to run quicker 60-foot times. And if you’ve watched the video, it was mission accomplished as Anderson yanked the driver’s side front wheel off the ground at the drop of the green! The FT600 includes a Pro Nitrous controller, allowing Anderson and his group to bring in the nitrous quickly and shut it off as the Garrett turbochargers start to reach peak boost at 21 psi. An Aeromotive fuel system supplies VP Racing Fuels M1 methanol to a second set of fuel injectors, all controlled by the FT600, and can provide ample fuel volume for boost and nitrous usage.

If you are just checking in on the FuelTech C8 Corvette, a brief overview shows it has two Garrett G35-900 turbochargers mounted topside that provide plenty of boost to the fortified LT2 engine. Simplicity reigns in this engine compartment—the turbo kit doesn’t have an intercooler due to the use of methanol fuel to help cool the incoming air. Late Model Racecraft’s Steve Fereday, who was also on-hand to enjoy the barrage of 9-second runs at South Georgia Motorsports Park, inspired Anderson to build this turbo combination. The only drivetrain modifications has been the addition of a Dodson clutch and GForce Engineering rear axles.

Incredibly, the FuelTech gang made FOURTEEN runs down the quarter-mile at SGMP during the test session, including three in the 9.60s, and left with a daily drivable, still-running street car. Pretty impressive if you ask us.