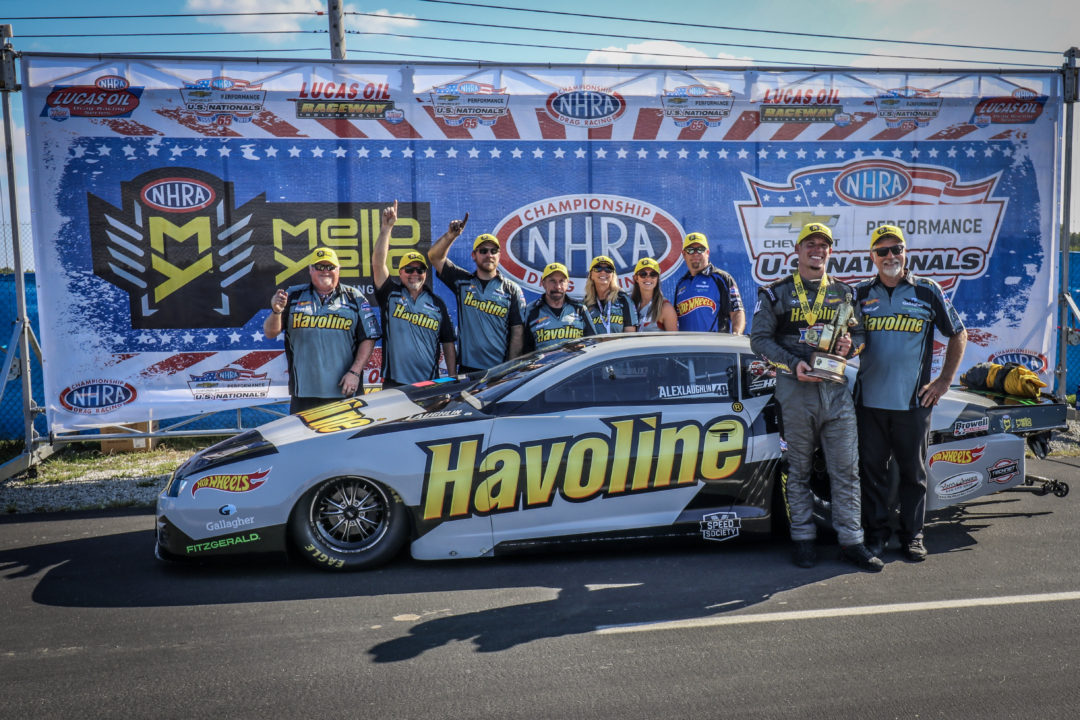 Momentarily in shock from the win light he just saw appear in his lane, Alex Laughlin took a deep breath and fell silent.

The voice of crew chief Brian “Lump” Self soon came over the radio, breaking the silence with some of the best words Laughlin has heard in his racing career.

“Alex, you just won the U.S. Nationals!” Self shouted into the radio, repeating it more than once as an emotional celebration started.

Laughlin still could barely respond. His voice went squeaky, tears of joy started to stream down his face, the realization of something only 24 other Pro Stock drivers have ever accomplished in NHRA history.

“It was unreal. I think I turned off the track at like 70 mph,” Laughlin said. 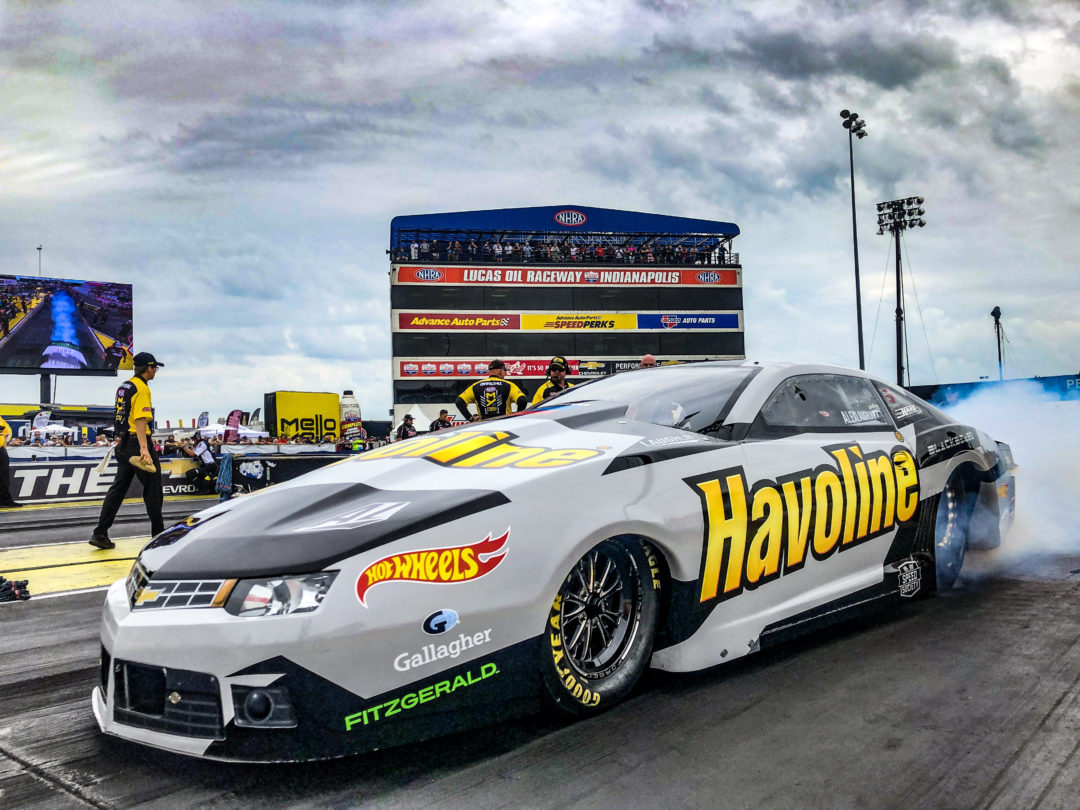 It’s the latest remarkable brushstroke on Laughlin’s incredible 2019 season. He now has the distinct honor of winning both Lights Out – the biggest race in the drag radial world – and the U.S. Nationals – the biggest race, well, ever.

It’s something that Laughlin didn’t even put together until the next day, adding another undoubtedly cool layer to what he continues to accomplish.

There’s a good case to be made that the Lights Out/U.S. Nationals double-up may never happen again in the sport, putting another feather in Laughlin’s cap when it comes to his driving diversity. 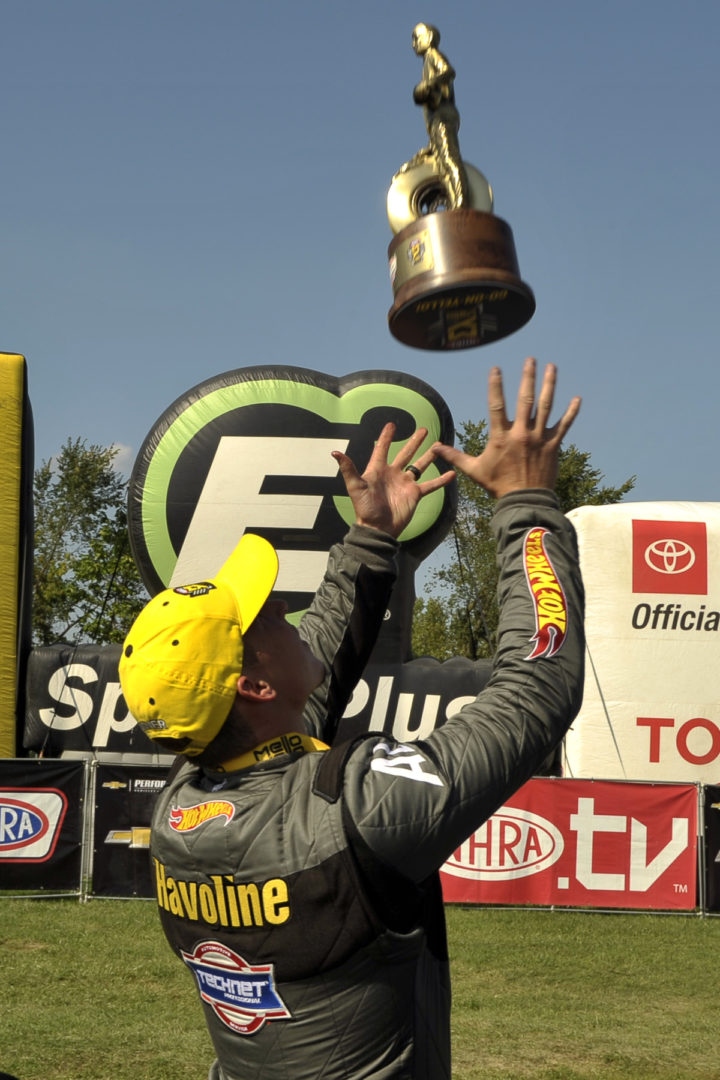 But driving in a variety of classes is one thing; succeeding at all levels is quite another. On the heels of his victory at the Big Go, that’s something he’s still trying to process.

“It’s just unbelievable,” Laughlin said. “It definitely means a lot to have this kind of success because there’s so much work that goes into it. Driving in a lot of classes just to do it is tough on its own, but to do it well and have success makes all the work worth it.”

The Pro Stock success is especially rewarding after the frustrating year Laughlin went through a year ago. He missed the Countdown to the Championship running 22 out of 24 races last year, as one issue after another popped up on the car.

He moved to his current Havoline Chevrolet Camaro late in the season and saw some optimism, getting a major confidence boost with the Lights Out victory. Then, the run of Pro Stock success continued to pile up, advancing to three final rounds and four semifinals in the first 10 races.

It clinched his first-ever spot in the Countdown to the Championship, but one thing that continued to avert him was a race victory. Laughlin’s last Pro Stock win had come in 2017, but everything changed in Indy.

He ran well throughout the weekend, advancing to the finals on a flurry of consistent performances. Laughlin got a lucky break in the final round when Elite Motorsports teammate Erica Enders had a mechanical problem, but it certainly didn’t take away from what the victory meant.

“It’s just super cool,” Laughlin said. “The pressure has been on us for sure to get a win. We’ve had some opportunities and we’ve had a really, really good car this year. To finally get that win, I can feel the relief and, honestly, there’s so much less pressure even going into the Countdown now.”

Laughlin stayed between 6.60-6.62 during eliminations on Monday, but struggled off the starting line against Enders, going .120 to Enders’ .007 before second gear broke on her car. Laughlin chased her down with a 6.648 at 207.43 in the finals, knowing full well he caught a lucky break at the best possible time.

“There’s no doubt there was a whole lot of luck,” Laughlin said. “I hated to win that way, but I had to do something to get there.” 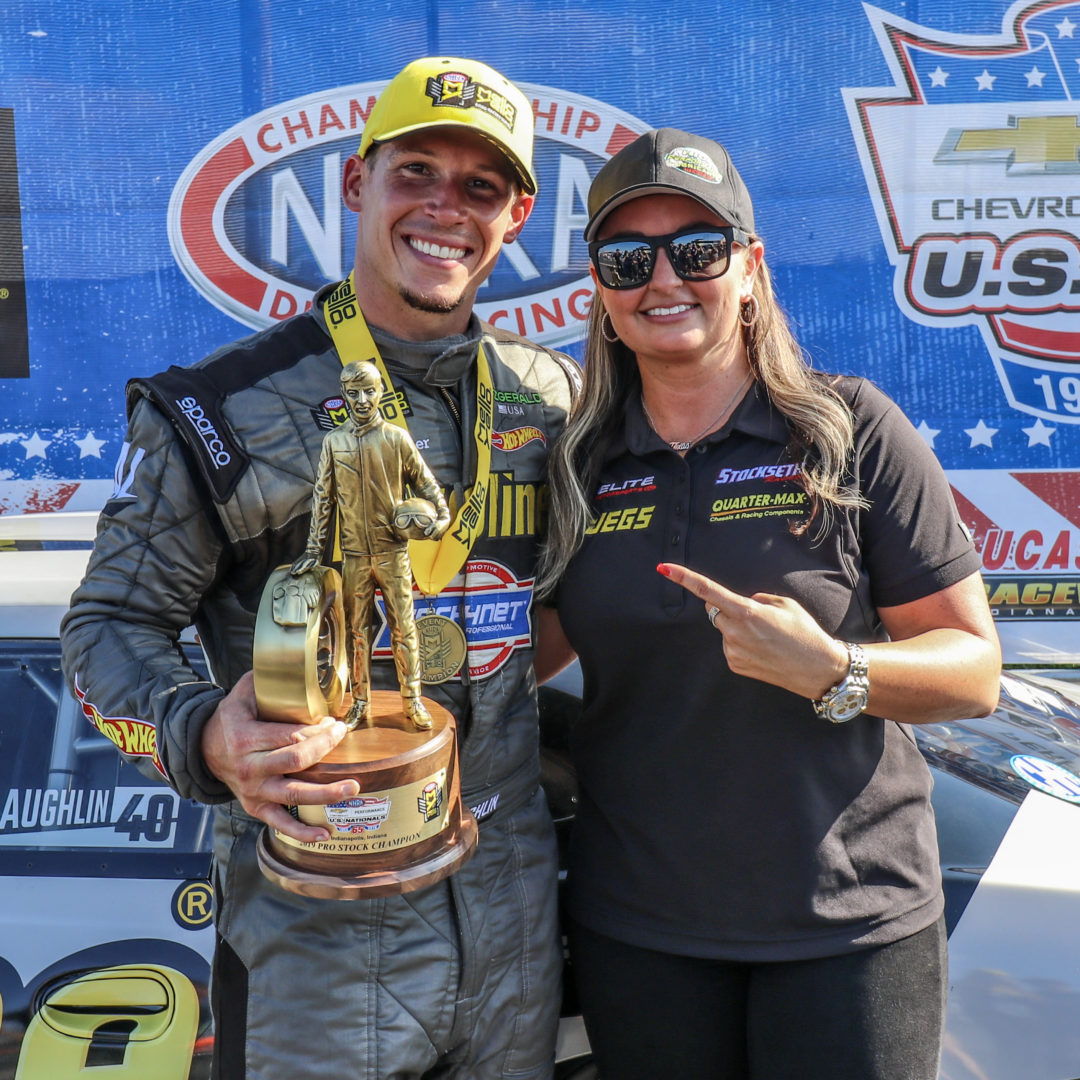 As for the late reaction time, Laughlin said a staging issue nearly cost him.

“I rolled in and I’ve never seen anybody flicker the stage bulbs as much as I do,” Laughlin said. “The bulb flickered and it literally felt like an eternity. I had flashbacks to Denver (where he timed out) and I thought I was going to potentially waste another final round because of this.

“I put on the two-step and the moment I put on the gas, the light flickered again and it completely threw me off. I was dead late. I could see her out in front and you just never know. No matter what, I wanted to get the car to the finish line as quick as possible. I could tell with the amount of track that I was going to get around her, but there’s no doubt Erica and I both had the two best cars on raceday.”

Laughlin did his best to enjoy the moment, a thoroughly enjoyable process that has continued this week. But coming off the U.S. Nationals triumph, he hopes to parlay that into a great start in the Countdown to the Championship next week at Maple Grove Raceway.

It’s new territory for him, but he starts in second, just 20 points behind leader Bo Butner and Laughlin hopes to take advantage of the wave of momentum he’s riding at the moment.

“The best thing from here on out is to go have fun,” Laughlin said. “One of the reasons our team is so good is because we have a great time. A lot of our success goes to that.

“I can’t wait to get to the next race. Sometimes these things come in waves, so I’m hoping that wave hasn’t crashed yet.” 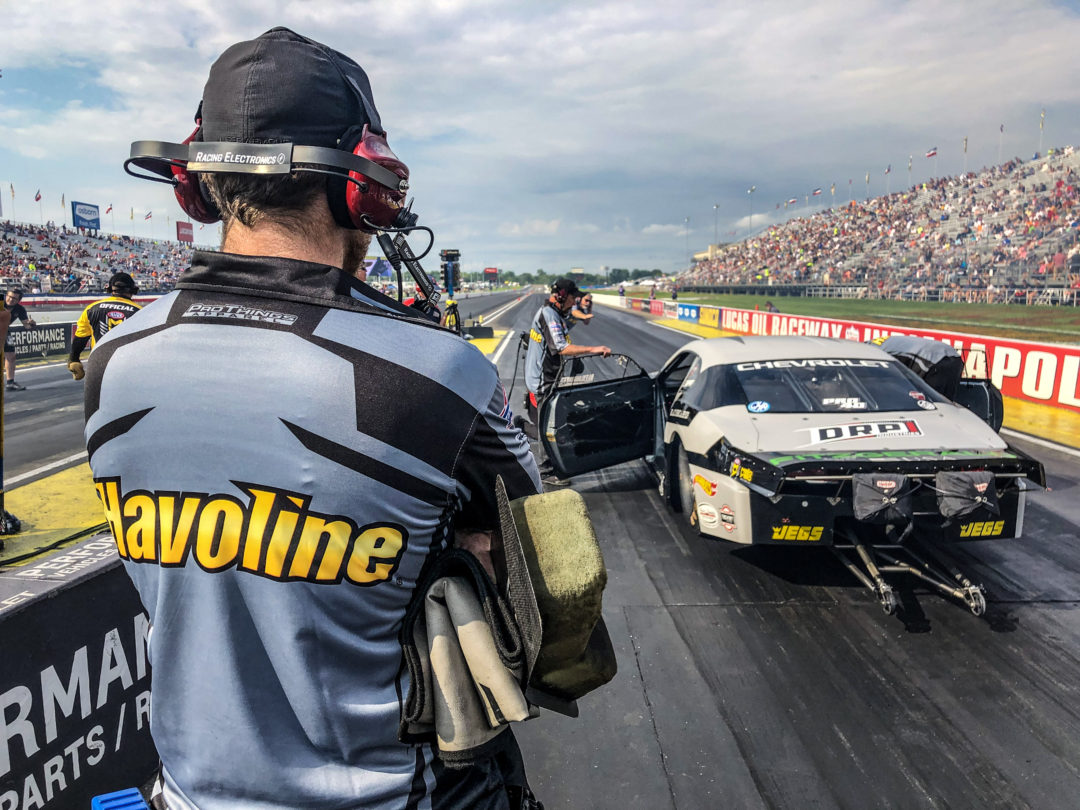