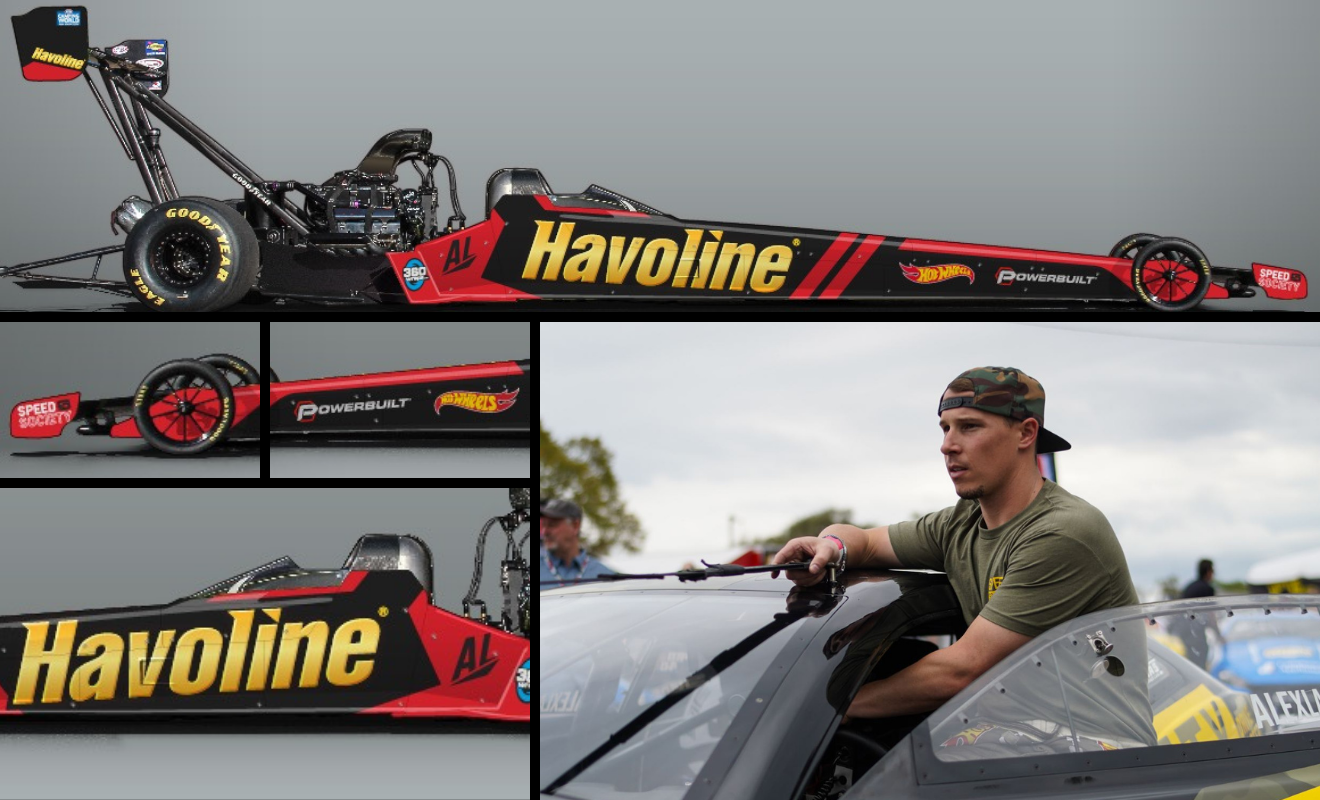 Alex Laughlin has always prided himself on being comfortable with being uncomfortable and that notion will be put to the test in the biggest way yet for talented, drive-anything standout.

Laughlin will make a massive jump into the Top Fuel ranks, piloting an 11,000-horsepower Havoline dragster at next weekend’s NHRA Mile-High Nationals at Bandimere Speedway in Denver.

It’s a dragster owned by Top Fuel veteran Scott Palmer and again puts Laughlin in uncharted waters — which is one area where he seems to thrive.

“I’m excited and a little nervous about it,” Laughlin said. “For some reason, I kind of like those nerves that come with being uncomfortable. Obviously, I don’t know much about a Top Fuel car, but it’s definitely an interesting twist and I’m excited about it. It’s an incredible opportunity.”

Laughlin, who has built an impressive resume in Pro Stock, Pro Mod, Radial vs. the World, Top Alcohol Dragster and more, was originally slated to run Pro Mod in Denver. But with the Elite Motorsports team struggling this season in Pro Mod, team owner Richard Freeman made the decision not to take the two-car Pro Mod team of Laughlin and Lyle Barnett to Thunder Mountain.

With major sponsor commitments for Havoline for the race in Denver — and Pro Stock not racing at the event — that left Laughlin scrambling.

“There’s a ton of Havoline people coming to the race, so not showing up wasn’t an option,” Laughlin said. “I searched and searched for a Pro Mod, but there was nothing out there I could hop in for the weekend. That went on for a week and I wasn’t sure what do to.” 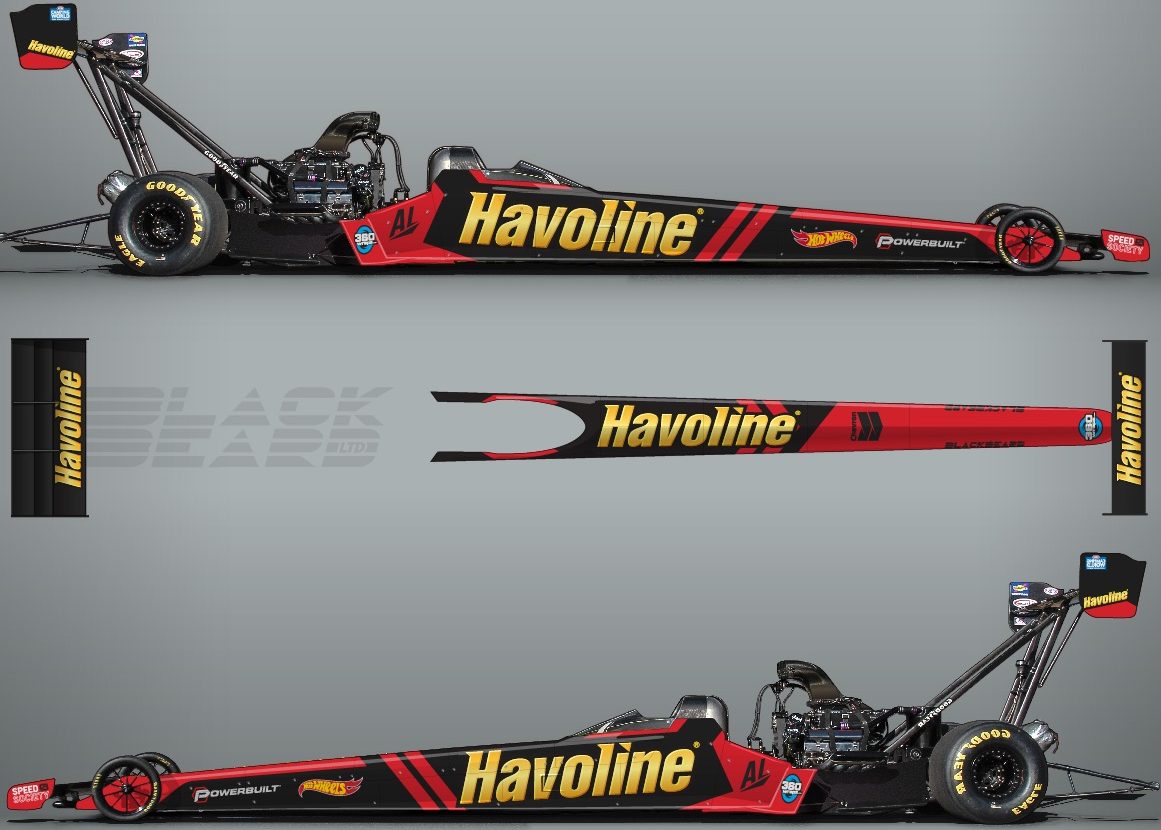 One person led to another and before Laughlin knew it, he was in touch with Palmer. He talked to a few Top Fuel teams but clicked immediately with Palmer, who offered Laughlin an incredible opportunity to drive his new dragster.

The plan for Laughlin is to earn his license this weekend at Kansas International Raceway in Wichita, which is hosting a Funny Car Chaos event on Friday and Saturday. Palmer is participating in the event, which gives Laughlin the perfect chance to meet him at the track, get a whopping one day with the dragster and then license on Sunday at the facility with Palmer.
It’s almost surreal how it’s worked out, and Laughlin has nothing but praise for Palmer in helping him live out a 300-mph nitro dream.

“Scott has been incredible this whole time,” Laughlin said. “He’s actually going to sit out the race in Denver and just focus on my car. It’s just really cool he’d even do that. I feel like he and I are very similar in a lot of ways. Neither one of us has the biggest budget, but we are always ready to drive anything out there. He even got the back of the trailer wrapped with my branding and he’s just been incredible.

“We’re going to run the brand new dragster he has, and I’m really excited. I’m going to get to Kansas on Saturday, sit in the car and get used to it, stay over and Sunday at 11 a.m. I’m going to hit the gas pedal. It should be interesting”

If all goes to plan, he’ll head to Denver and race in Top Fuel, which is a class he has always pondered competing in over the years. There’s plenty to learn, but the Top Alcohol Dragster experience should help some and Laughlin knew this was something he couldn’t pass up.

“I’ve always been interested in running a nitro car. I definitely look at this as an opportunity,” Laughlin said.

Is it an opportunity with legs? That remains to be seen.

He already has sponsor commitments for the rest of the Western Swing — Havoline in Sonoma and Powerbuilt Tools in Pomona — and Laughlin admitted this might be a one-and-done deal, at least for 2021.

Then again, nobody expected this to happen, either, so Laughlin isn’t counting anything out, especially with how well he has meshed with Palmer. There’s also a good chance Laughlin could get hooked pretty quick on the 300-mph nitro bug.

“It’s probably the only race I’ll do this year, but who knows,” Laughlin said. “I’m pretty excited about it, but I’m not sure what’s next. I’m a firm believer that everything happens for a reason.”