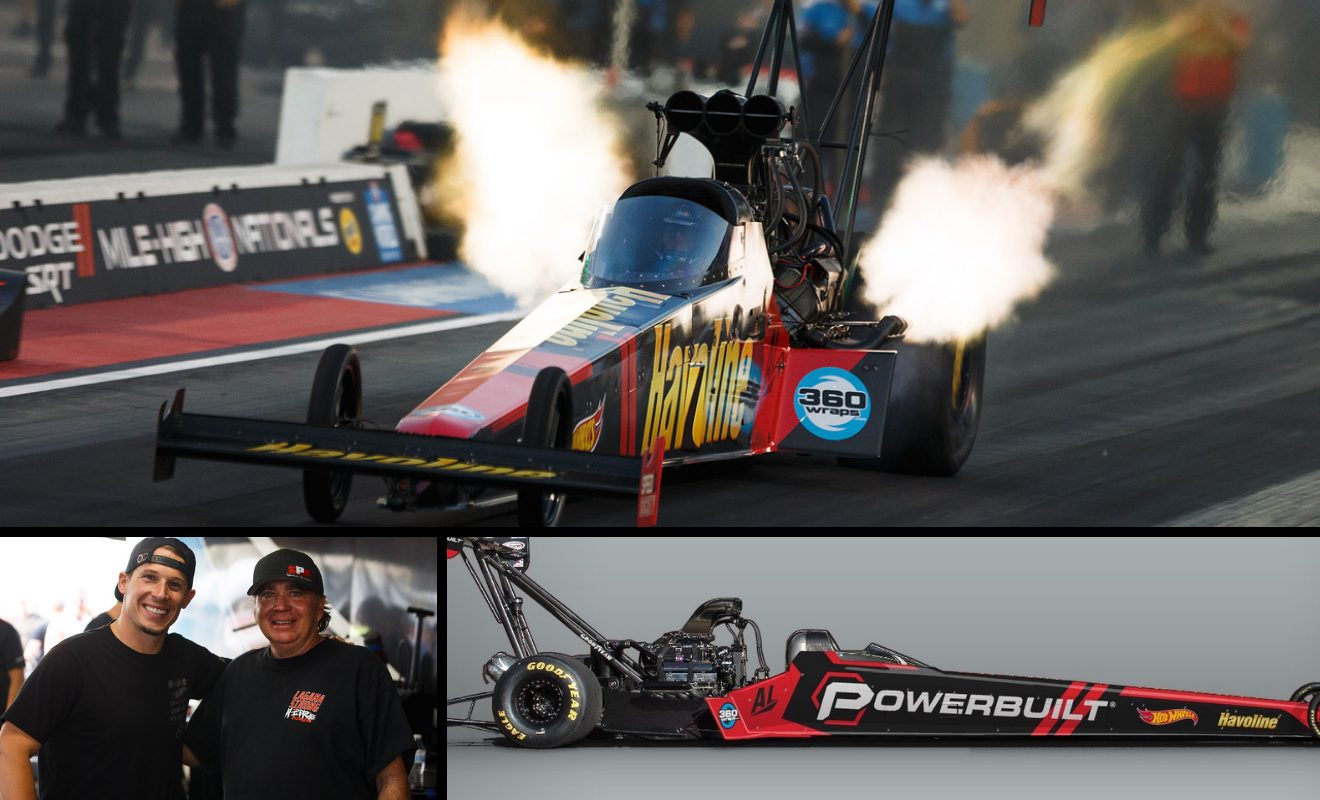 Alex Laughlin has never been shy about his willingness to “drive anything”, and he demonstrated that trait at drag racing’s highest possible level during the recently completed Dodge//SRT NHRA Mile-High Nationals when he made his Top Fuel debut in the Havoline Dragster fielded by fan-favorite owner/driver Scott Palmer.

On the heels of a successful initial outing, Laughlin has gone public with his plans to pursue a long-term future in Top Fuel drag racing.

“A month ago, the last thing on my mind was Top Fuel,” said Laughlin. “I found myself in a situation a month ago where I needed to find a way to have a presence in Denver at the Mile-High Nationals and it sparked a relationship with Scott Palmer, who worked with me to get licensed and ultimately race his Top Fuel Dragster at Bandimere Speedway.”

After securing his license in the days leading up to the event, Laughlin qualified No. 5 for the NHRA Mile-High Nationals before falling to eventual runner-up Joey Haas in the opening stanza.

“My experience in Denver was unbelievable,” said Laughlin. “The support from fans and even other Top Fuel competitors and their teams has been nothing short of amazing – almost overwhelming. People came out of the woodwork to offer their support and congratulate me on making the leap to Top Fuel. After just one weekend racing with Scott [Palmer] and his crew, I felt like I was really a part of the team and his family. That feeling alone, for me, was reason enough to pursue racing Top Fuel on a regular basis.”

“My time with Elite [Motorsports] was great, and I appreciate them welcoming me to their program with open arms back in 2017,” continued Laughlin. “Having teammates like Erica Enders and Jeg Coughlin, Jr. was an absolute dream come true. I had the opportunity to learn from the best in the business and I wouldn’t change those experiences for the world. This is the closing of a chapter, but I’m genuinely excited as to what the future holds.”

While Laughlin hasn’t cemented his plans for the remainder of the 2021 season, he intends to be back behind the wheel of Scott Palmer Racing’s Top Fueler in short order.

“I’ve not locked everything down yet, but we’re for sure headed to Topeka, Kansas in a few weeks for the Menards NHRA Nationals and we’ll be flying the colors of Powerbuilt Tools in Top Fuel,” concluded Laughlin. “The folks at Powerbuilt are excited to ride with me on this new endeavor, and I am extremely thankful to them and all of my sponsors for supporting me in this transition. My goal and tentative plans are to run the U.S. Nationals in Indy, as well as the NHRA stops in Charlotte, Dallas and Las Vegas.

“I’m sorting out a lot of details right now and hope to make more formal announcements in the very near future. I’m even thinking the time might be right for another ‘Power of the People’ campaign to try and make sure we make it on the entry list for Bristol or St. Louis. There’s plenty of moving parts right now, but I’ve got my head down and am focused on securing a future in Top Fuel drag racing.”