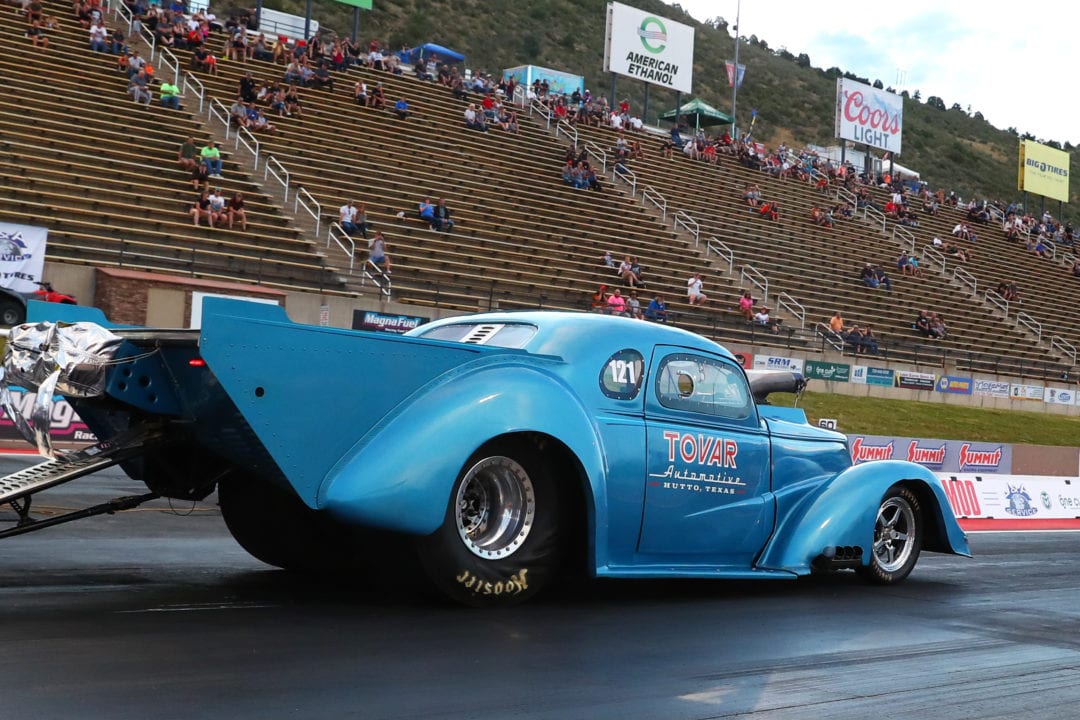 Terry Haddock was preparing his nitro Funny Car and Cameron Ferré-driven Top Fuel dragster for Friday qualifying at the NHRA Northwest Nationals in Seattle last weekend when he got the call from Drag Illustrated founder Wes Buck inviting him to compete in the World Series of Pro Mod this weekend.

That call set into motion an all-hands-on-deck effort to get Terry Haddock Racing crew member Robert Haverland’s ’37 Ford Coupe loaded up and on its way to Bandimere Speedway for the third annual Drag Illustrated World Series of Pro Mod presented by J&A Service, Elite Motorsports, Big O Tires and benefiting One Cure.

“All of my guys are volunteers on our team,” Haddock pointed out. “The one guy flies in from Honduras of all places. He ended up taking my pickup [from Seattle] and he drove the 2,000 miles to Dallas so he could fly home. I drove the big truck to Brainerd, parked it there and then I had to get to the airport and fly back to Dallas and drove home. We went and borrowed his little trailer and loaded the car up and the truck headed up here Thursday morning.”

Haddock and his small crew are operating out of a tag trailer with minimal parts, tools and supplies. It was a true last-minute effort to make the trip, but the offer was too tempting to turn down.

“We wanted to be here and be a part of this,” Haddock said. “I just wish we could’ve been more prepared. When we come out to race we want to do a good job and race and make all the runs.”

“We ran the second one and missed the tuneup – it was a slug – so we’ll be better for race day,” Haddock said. “We got it started for the third session, then the starter blew up, so I have to fix that somehow. We appreciate [Drag Illustrated] having us here and we want to race every chance we can get, so it’s all good. A lot of work but it’s fine.”

The Temple, Texas-based nitro racing veteran has modest goals for Saturday eliminations. He’s only had six months and limited opportunities to get the blown alcohol Pro Mod tuned in, and just one attempt on Thunder Mountain. But he’s merely thrilled with the chance to race with some of Pro Modified’s best drivers in the high-stakes World Series of Pro Mod.

“This is a neat opportunity,” Haddock said. “Whenever we go racing, everything is a challenge and a struggle. I chase the dream every day. A lot of times we should just say, ‘No, stop,’ but we keep trying. The fact that they invited us is an honor. Hopefully we can run good [Saturday] and not look stupid.”

Haddock and the rest of the Pro Mod competitors will draw first-round pairings during pre-race ceremonies at 5:30 p.m. Saturday, with first round of eliminations set for 6 p.m.