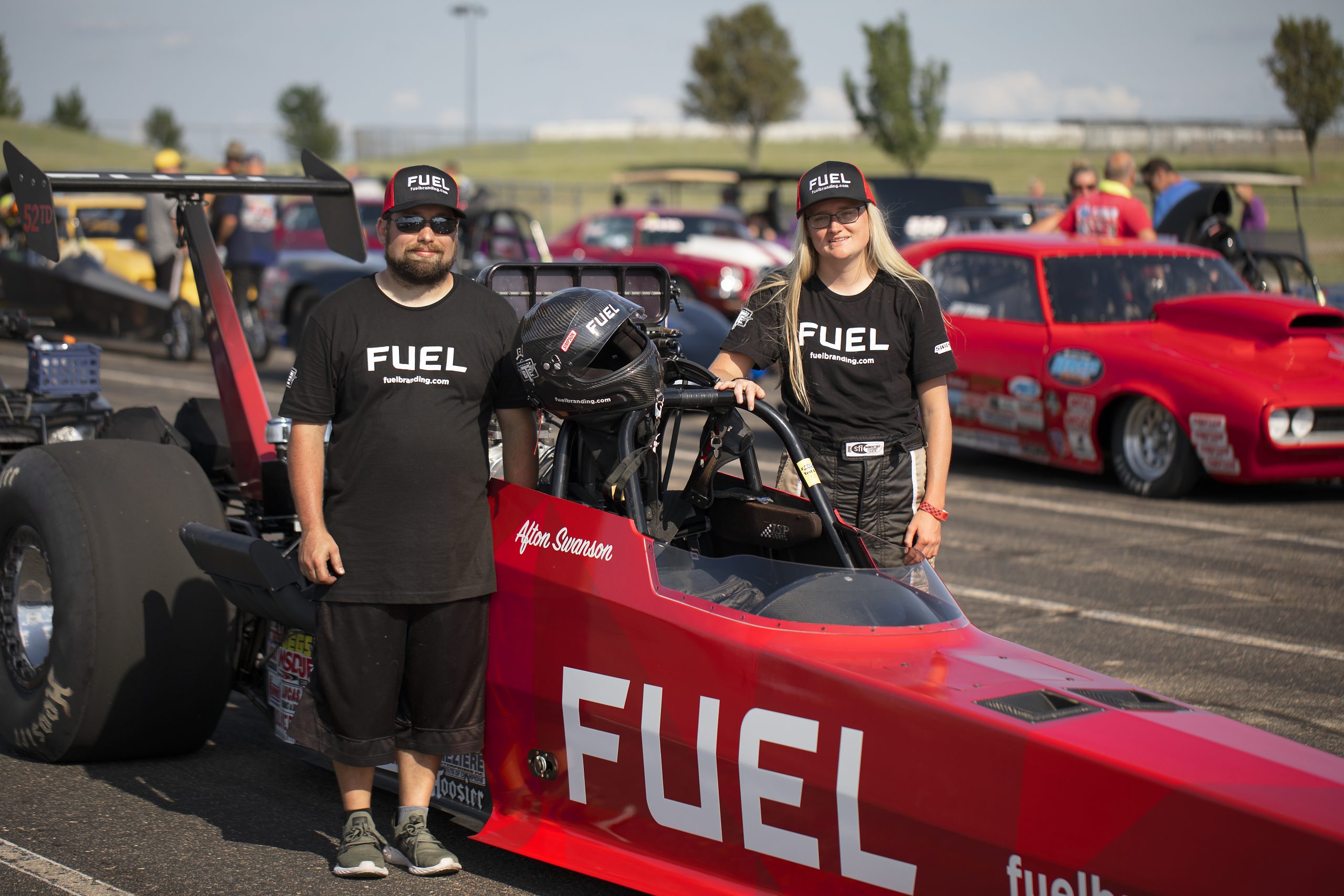 Swanson Motorsports is excited to announce that FUEL, a design agency from Hiawatha, Iowa, has assumed the role of primary sponsor for driver Afton Swanson and her NHRA Top Dragster for the remainder of the 2022 season.

“Going into 2022, we were unsure how this season would pan out and didn’t know how much racing we would be doing,” said Afton Swanson. “It is tough out there right now with rising costs and long lead times to get parts. But having FUEL step in has really turned our season around. FUEL has given us a new outlook on this season, and next year.”

“I think this will be a great partnership with FUEL,” continued Afton. “Branding is so important to  motorsports teams, also for the businesses who serve this industry. At our level of racing, there are many racers and team owners who operate regional and national businesses. FUEL was founded to develop brands and elevate marketing to the next level.”

Afton, who co-owns the race car with husband and crew chief Joe Swanson, is currently ranked 8th in  NHRA Division 5 point standings. Afton has been the #1 qualifier in her first three outings of the 2022  season, along with taking the win at Eddyville’s recent Night of Fire event.