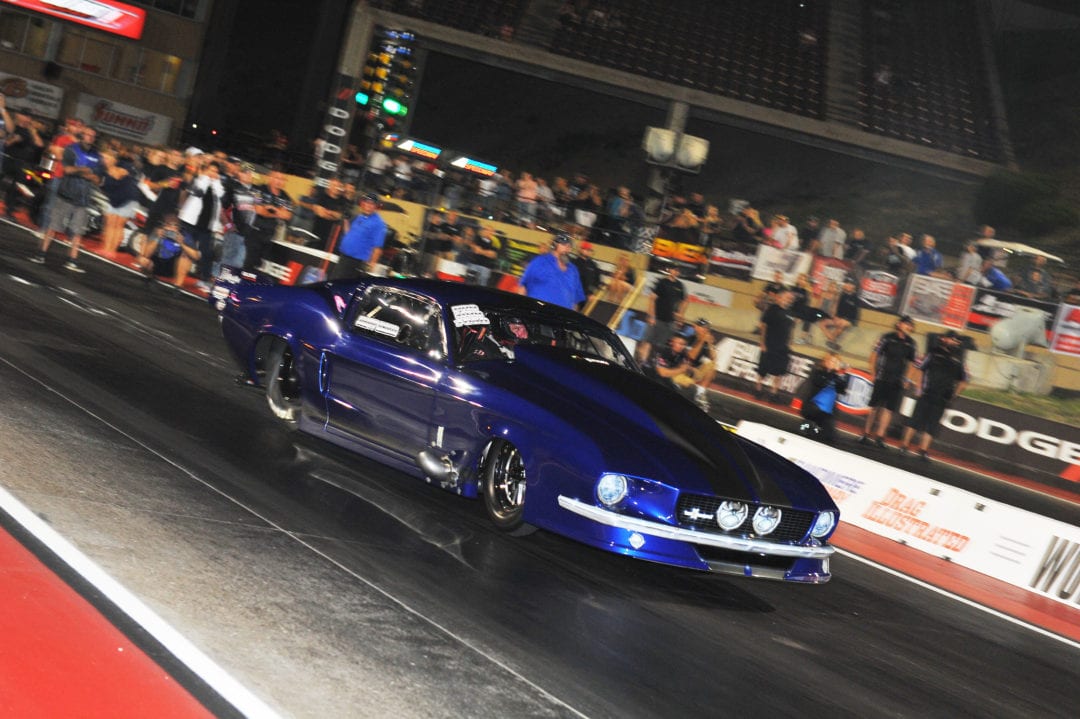 Leaning against the left guardwall by the starting line on Thursday, the sense of joy and satisfaction was evident on the face of Scott Oksas.

After two days of testing at Bandimere Speedway for the third annual Drag Illustrated World Series of Pro Mod presented by J&A Service, Elite Motorsports, Big O Tires and benefiting One Cure, things couldn’t be much better for Oksas.

The scoreboards remained off during the two-day test session, but one look at Oksas’ demeanor told the entire story about the results of his six test passes.

“Things are very good,” Oksas said. “I’m having a blast and the car is doing everything it needs to be doing. It’s a great feeling and I’m pumped up. I’m winning this $100,000, buddy.” 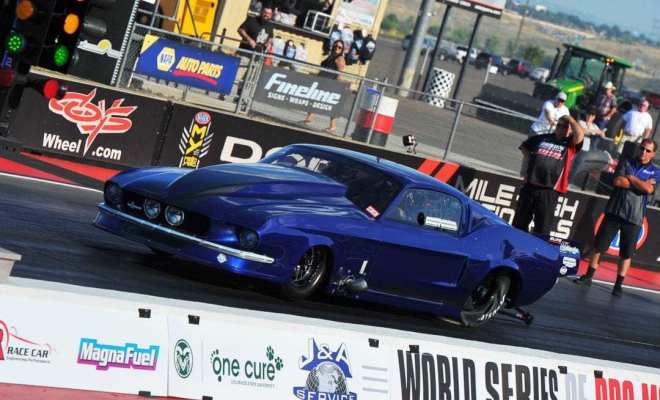 Oksas had that confidence heading into the event, but that belief was only reinforced after the results from the first two days.

The work is just beginning on Thunder Mountain, as three qualifying passes and then the first-round draw takes place on Friday before the main event on Saturday in Denver.

But there’s no denying testing was a rousing success for Oksas and his team, who are already well ahead of last year’s pace.

“It’s faster than it was last year already with less boost, but I have to attribute that to (tuner) Jeff Pierce and my guys,” said Oksas, who made his debut at the race in 2018. “They kick ass and they’re on top of it.

“It confirms what we’ve worked on and the package we’ve put together. It just shows we can do it. It’s an awesome feeling to have. I hit the goal and then some (on Thursday), so we’re good.”

The team put together a gameplan heading into the week and it’s been executed almost perfectly to this point.

Making six clean passes in his turocharged RJ Race Cars ’67 Shelby Ford Mustang was already the perfect start to the weekend, and furthered Oksas’ belief that he can make waves at this year’s event.

The Los Angeles-area native hopes to represent the West Coast well, but he saw the path to success last year from winner Carl Stevens.

Stevens got consistently better throughout testing and qualifying and was nearly untouchable during eliminations. That’s the goal for Oksas, who hopes Friday goes as well as the first two days. It would put him on a great path to contend for $100,000 and Oksas can’t wait to mix it up when it counts on Thunder Mountain.

“The track’s awesome, the facility is great and I love coming up here,” Oksas said. “The goal is go faster (on Friday) and then make it consistent. We’ve been doing that the past two days. It’s been very consistent and if we keep going down that road, we’re good. And it’s just going to be who can cut a light and who can outrun who.”