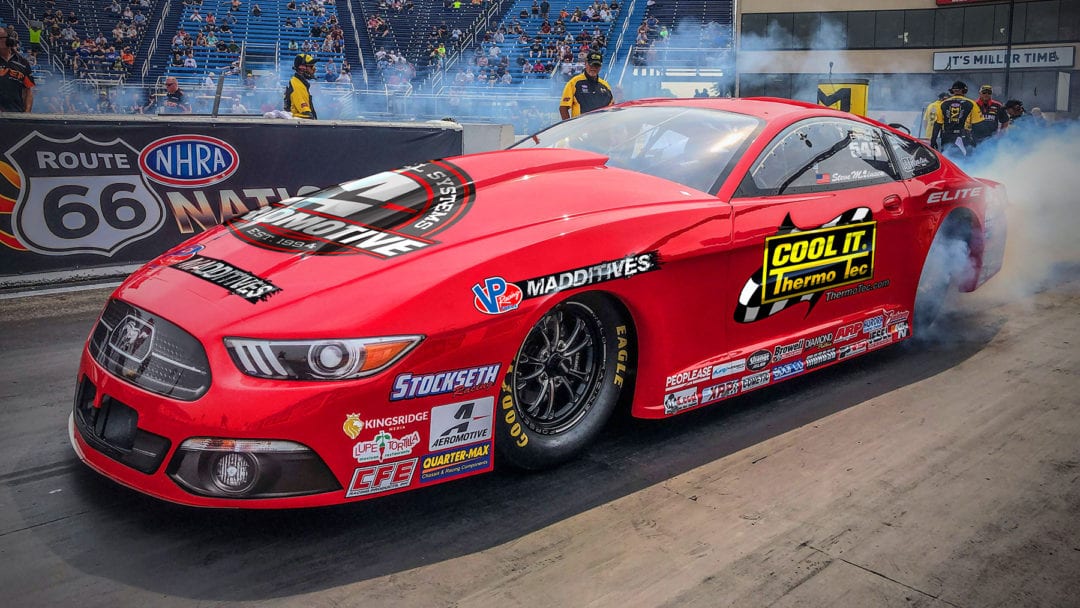 Steve Matusek arrived in Denver on Thursday, making his way to scenic Bandimere Speedway where he saw the Pro Stock Mustang he will officially debut for the first time at this weekend’s NHRA Mile-High Nationals. Standing in the Elite Motorsports pits, it hit the longtime Pro Mod veteran just how special this new venture is going to be.

“It’s a little surreal,” Matusek said. “I got there and I saw the car, and it’s just a different world. Everything is efficient, it’s so clean and organized, and it was pretty neat. I’m really looking forward to this.”

Matusek will make his NHRA Pro Stock debut in Denver and then race the full Western Swing, which includes stops at Sonoma next week and Seattle to finish off the three-race trek.

The Aeromotive founder will campaign the Elite Motorsports Mustang that team owner Richard Freeman debuted in Chicago, bringing along partners like VP Racing Fuels and Thermo-Tec for the three-race swing.

Seeing the groundswell of support and excitement from fans and sponsors has already made the venture a rewarding one, and Matusek is ready to provide them with a memorable experience starting in Denver.

“I race for purpose and to bring in some peers from the industry that believe in the program and believe in me, it’s very fulfilling,” Matusek said. “It all happened very quickly, but now it’s up to me to get out and do my job. It’s a beautiful car and Elite gave me a car that’s already proven itself. The sponsors have stepped up and the whole thing is very exciting.”

That excitement level only increased after a strong test session in Tulsa last week. It included three runs, two of which were full passes, and Matusek found an immediate comfort level in the car.

His reaction times were also stellar – between .009 and .026 – which only added to his confidence level leading up to the debut.

“The first run was just getting comfortable, trying to feel the clutch and hit my shift points, but from there I felt good,” Matusek said. “Everyone on the team was very supportive and I feel like we’re in a good spot.”

Matusek isn’t showing up in Denver just to be a participant, either. He saw Freeman run well in the Mustang in Chicago, qualifying in the top half of the field and winning a round. Denver provides a far different challenge racing at an altitude of nearly 6,000 feet, but that doesn’t change Matusek’s expectations.

With a strong team behind him, Matusek believes he can perform well right out of the gate at Bandimere Speedway

“I’m just going to get in and drive the car,” Matusek said. “I’m prepared for it and we’ll see what happens.” 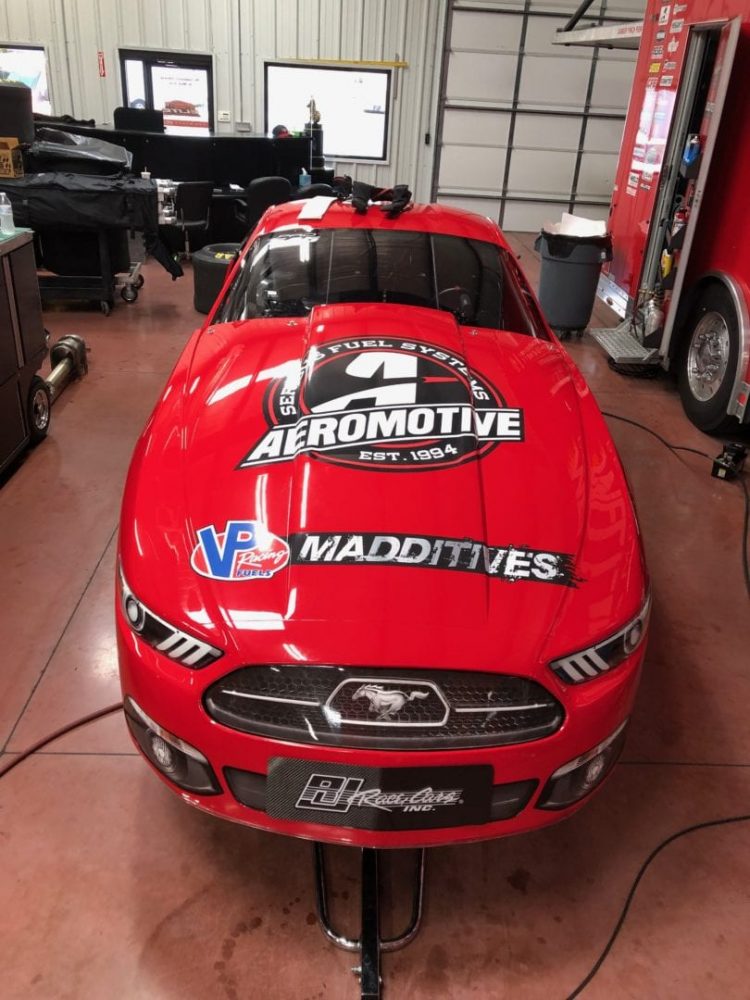