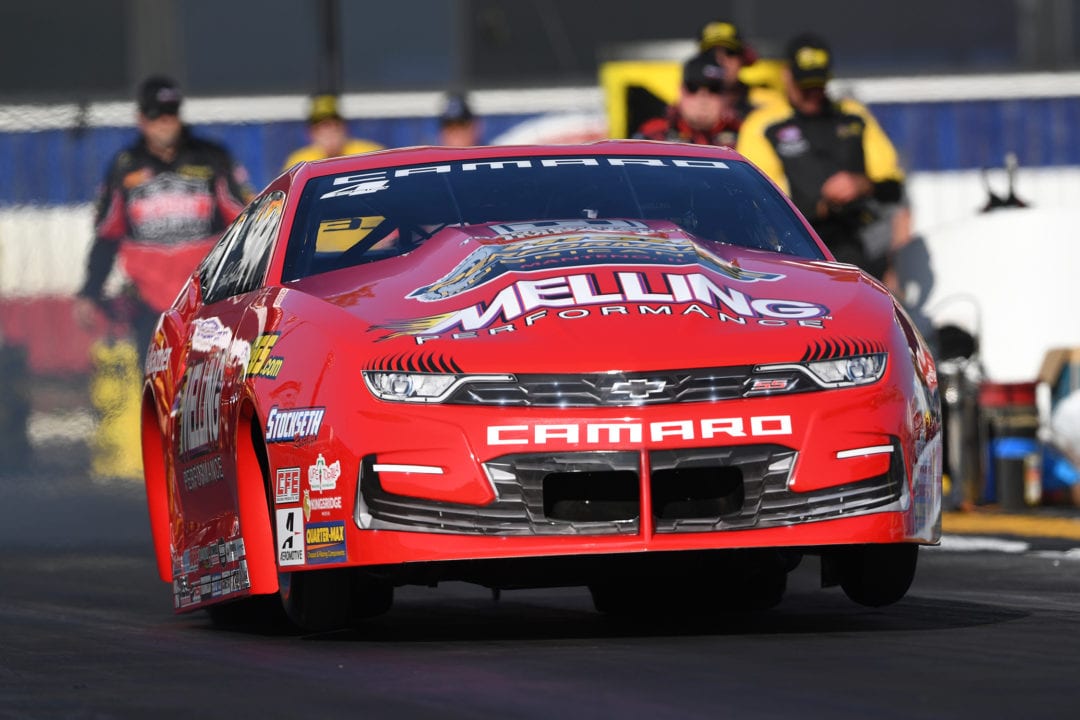 Erica Enders left Route 66 Raceway with a pair of holeshot victories, her 300th (and 301st) career round win and her first final round appearance of 2019. She also left the Route 66 NHRA Nationals with something just as important – her confidence.

The two-time Pro Stock world champion wasn’t alone in that regard, either. The entire Elite Motorsports team had a get-well weekend, spurred by a pre-race meeting that gave the entire team a jolt of much-needed confidence.

It played out during the weekend, as Enders used a pair of holeshots – one against team owner Richard Freeman – to advance to the final round before falling to Deric Kramer.

“The biggest piece we were lacking was confidence in ourselves,” Enders said. “It was about identifying that and working on it, and it was definitely helpful. I could sense the confidence of my crew chiefs in their voices and I feed off that. All of those little things are important and this weekend was a big step in the right direction.”

After moving up to third in points after the sixth of 18 Pro Stock races, Enders also wasn’t holding back about the impact the weekend had.

Enders then clinched her first final round of the year thanks to an impressive .012 reaction time against Greg Anderson. She held him off with a 6.573 at 210.41, finishing off a strong weekend on the tree.

That could be attributed to the increased confidence, something the team discussed after a disappointing weekend in Richmond. Enders and the Elite Motorsports brain trust talked about rectifying that, leading to the pre-race meeting in Chicago. The end result was enough for Enders to believe the team made a significant step in the right direction.

“I’ve got my confidence back and we have a competitive racecar. Combined, that caused the pendulum to swing back in our direction,” Enders said. “This team, we’ve been through a lot of things together. But we’re getting things figured out.”

Pro Stock will have a two-week break before resuming action in Norwalk, while Enders will race in Pro Mod at this weekend’s Menards NHRA Heartland Nationals presented by Minties at Heartland Motorsports Park, the sixth of 12 races during the 2019 NHRA Pro Mod season.

But the Pro Stock break will be a blessing in disguise. While Enders was strong on the starting line, the car was still slightly off in terms of performance. The team, though, believes they found an answer and will work diligently to have things ready in two weeks.

That prospect has Enders excited for what’s to come, confident the team is only going to build on the solid weekend in Chicago.

“We identified a huge issue causing a performance deficit for us,” said Enders, who has 23 career Pro Stock wins. “It’s a big issue across the board for us, so identifying it and moving forward is a positive. We’ll fix that problem and come back swinging in Norwalk. It’s a good time to get momentum on our side.”