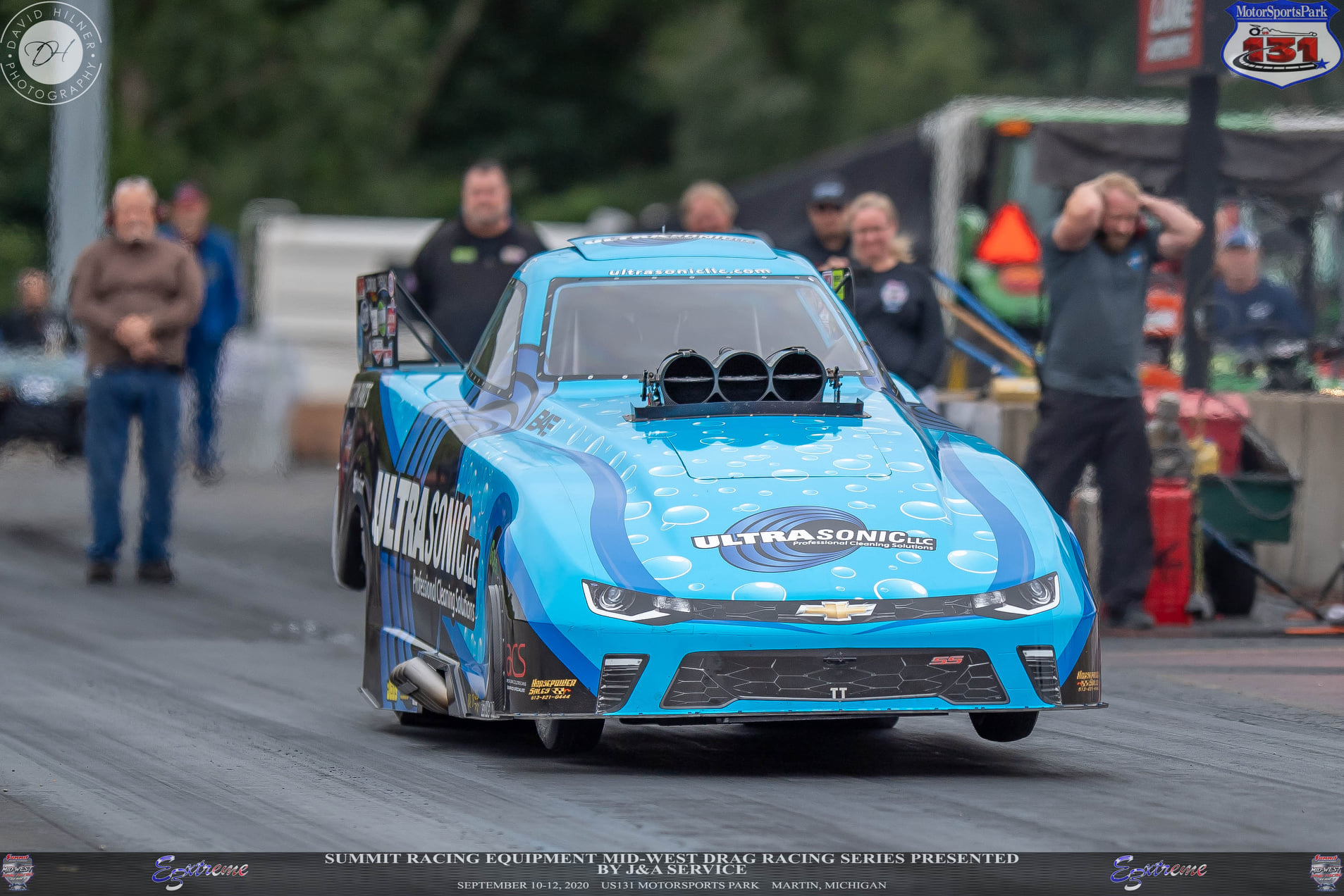 The Summit Racing Equipment Mid-West Drag Racing Series presented by J&A Service made its debut at U.S. 131 Motorsports Park a year ago, but the thrilling series is ready to have a resounding impact this season at the top-notch facility in Martin, Mich.

With fans in the stands this year and a huge crowd expected for this weekend’s U.S. 131 Nationals, the MWDRS will be a featured attraction on a race weekend that includes jet cars, nitro Funny Cars and the massively exciting Pro Mods and Top Alcohol Funny Cars of the Mid-West Drag Racing Series.

It’s set to be a fantastic weekend in front of fans, a stark contrast to a year ago when the event was held without fans and was eventually rained out, with MWDRS finishing the race in Tulsa.

“This is one of the biggest events of the year for the track and it’s just an awesome facility,” MWDRS owner Keith Haney said. “Jason Peterson and his wife, Stephanie, are phenomenal people and track owners and they’re just amazing to work with. It’s the type of facility you love to race at and it’s going to be a huge event. We can’t wait.”

The race at Martin was important last year, event without fans in attendance. The track and MWDRS still made the race happen, noting how big it was for morale for all parties. With a full crowd expected at a marquee facility with a standout racing surface, Haney can’t wait to see what goes down over the weekend.

“We just came off a great race at a great racetrack in Great Bend, and the team at U.S. 131, they’ve been spot on,” Haney said. “Everything they do at this track is on a special level and they’re going to have a full crowd.

“To add to their show and what they present, it doesn’t get any better than that. Hopefully all the star align and everyone can reap the benefits, where everyone — the fans, our marketing partners and the race teams — get what they want. They’ve got everything going for them and I think we’ll see a lot of fast numbers.” 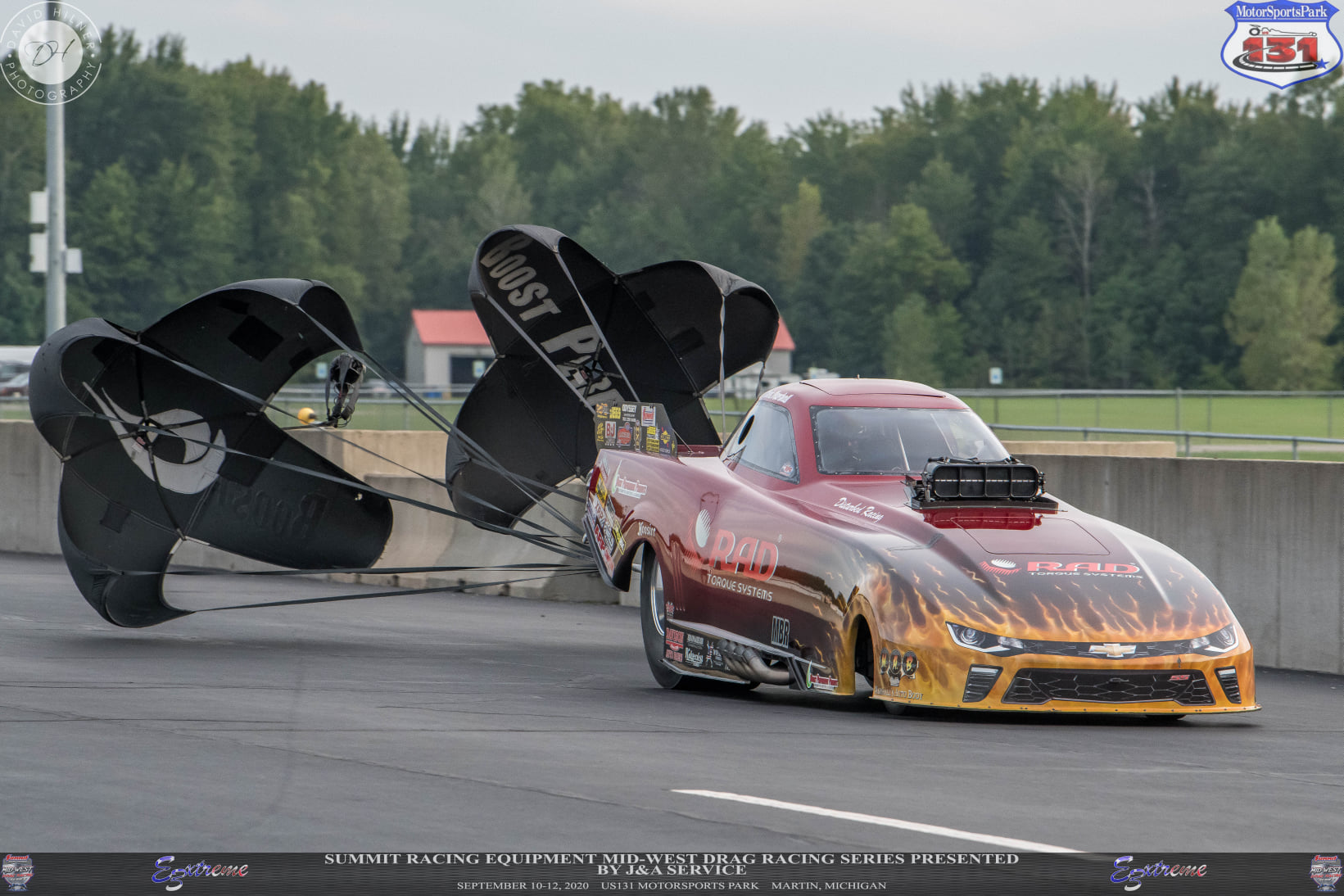 That should lead to a spectacular show as the MWDRS gears up for its big finish to the 2021 campaign. The racing was terrific at SRCA Drag Strip a few short weeks ago and the points races are heating up in Pro Mod and Top Alcohol Funny Car.

After winning at the Great Bend Nationals in late August, Joey Oksas made a major move in points in Pro Mod, pulling to within three of leader Jim Whiteley. But a host of standouts, including Jon Stouffer, Ed Thornton, Tony Cunningham, Keith Haney, Todd Martin and Aaron Wells are all wishing striking distance heading into crunch time.

“We’re ready to get back at it. I wish we could race every weekend,” Oksas said. “Hopefully we can make a good run at the championship and have some good luck to end the year. I feel like we’ve had good power most of the year, it’s just that combination of having it all work together.”

In Top Alcohol Funny Car, things are also tight, with the likes of Bill Bernard, Chris Marshall and Annie Whiteley all trying to track down Sean Bellemeur. But the theme of tight racing is par for the course in all MWDRS classes this year.

“Nobody is running away with anything. It’s going to be great watching this come down to the wire,” Haney said.