Terry McMillen sees his recent struggles at the past two NHRA Mello Yello Drag Racing Series races as a minor roadblock for what he believes will be another productive season. He also thinks his team is due for its first win of the 2019 season and nothing would make the fan-favorite driver happier than to see it come at the 22nd annual Route 66 NHRA Nationals, which takes place May 30-June 2 at state-of-the-art Route 66 Raceway.

The Chicago-area native always has this race circled on his calendar, hoping to put together his third career victory and first at Route 66 Raceway in his 10,000-horsepower AMALIE Motor Oil XTERMIGATOR dragster. After a strong start to open his 2019 season, a win would also put McMillen and his team back on a good track heading to a rigorous four-race stretch.

“I still believe we are a win waiting to happen,” McMillen said. “It would be nice to get it where I grew up. I’m not going to lie, getting a win anywhere would be awesome, but Chicago is special. It’s a great facility and I’ve always had great times there. I’m pretty confident going into Chicago, but you could have a 16-car field with everyone in the 3.70s real easily. I think we’re in good shape and I’m hoping we move up in points. While the quality of Top Fuel cars is awesome and you look how close everybody is, we have a car with a lot of potential and can win on raceday.” 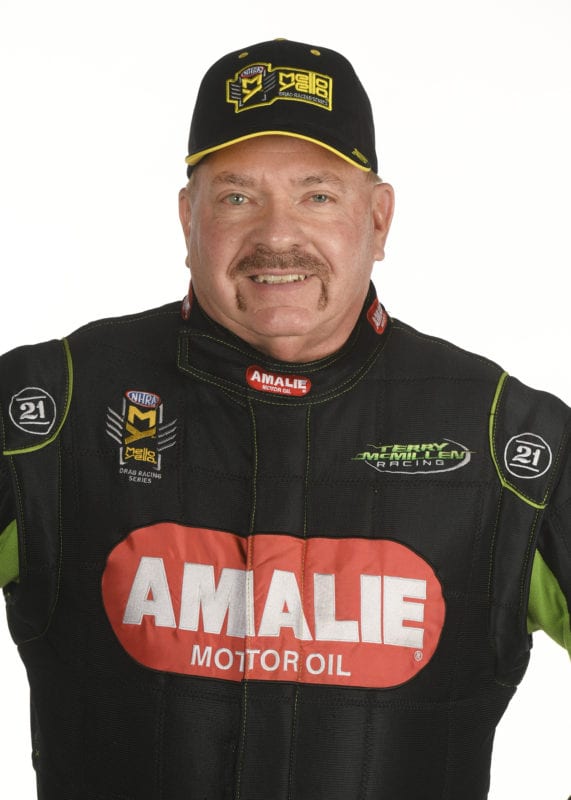 Clay Millican (Top Fuel), Robert Hight (Funny Car), Jeg Coughlin Jr. (Pro Stock) and Matt Smith (Pro Stock Motorcycle) were last year’s winners of the event that will be televised on FOX Sports 1, including final eliminations coverage starting at 5:30 p.m. (ET) on Sunday, June 2. It is the ninth of 24 events during the 2019 NHRA season and with the opening day of the race starting with an exciting “Friday Night On Fire,” McMillen knows he’ll have to be in top form immediately.

Friday’s nitro sessions start at 9 p.m., which gives the standouts in Top Fuel and Funny Car a chance to perform under the lights. That means a field filled with quick runs, but McMillen and his team, led by crew chief Rob Wendland, feel like they have things in order after failing to qualify in Atlanta and falling in the first round on Sunday in Richmond. But McMillen is confident his team made significant progress over the weekend, which should pay dividends in Chicago.

“We want to have success right away in Chicago and that means rolling the car off the trailer and going down the track on the first pass,” McMillen said. “That sets the tone for the entire weekend and when we do those things, we get stronger. One thing I’ve always said is the more opportunities you give Rob Wendland to go down the racetrack, he’s going to figure it out and get down the track. Moving forward, we know what we need to do. Going into Chicago, I feel real confident that all the right parts and pieces are in place, and it’s just a matter of getting that first run in.”

Up to Atlanta, McMillen had performed well, advancing to a final round and a semifinal in the first six races. He believes those type of performances are about to return, even as McMillen, who is ninth in Top Fuel points, will face off with the likes of Millican, defending world champion Steve Torrence, who has won three straight races, Antron Brown, Richie Crampton, Doug Kalitta, Brittany Force and Leah Pritchett. His team has shown impressive resolve through this two-race hiccup, giving McMillen all the indication he needs to see when it comes to turning things around.

“What’s really exceptional with our team is, when there’s adversity, they work twice as hard,” McMillen said. “They’re doing their due diligence. I don’t think we really did bad (in Virginia). We know the changes we’ll make going forward. We haven’t seen the track temperatures in this car we saw in Virginia, so it’s just a matter of keep doing what we’re doing and it will turn around. We’re picking away at each area and it’s just a matter of getting to know our car a little better.”