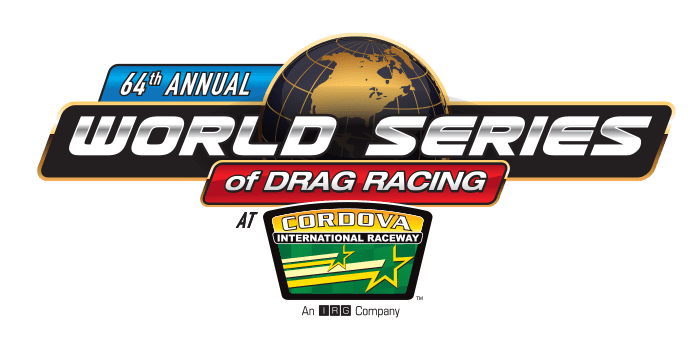 Two of drag racing’s marquee events will come together with one of the sport’s most decorated champions this weekend at Gainesville (Fla.) Raceway
Three-time world champion and IHRA Australia winner Larry Dixon will be sponsored by the 64th annual World Series of Drag Racing, at Cordova (Ill.) International Raceway, when he competes in the Top Fuel division at the Amalie Motor Oil NHRA Gatornationals at Gainesville Raceway.
Dixon owns 62 national-event wins, and is a four-time winner of the Gatornationals.
“My whole driving career has been intertwined with Gainesville and the Gatornationals,” Dixon said. “The very first time I got in an open-wheel car was an alcohol dragster at Frank Hawley’s drag racing school. Years later, coming back and winning in Top Fuel, it was such an historic event, I was so honored.”
Dixon earned two championships driving for Don “The Snake” Prudhomme. His most recent came in 2010 with Alan Johnson Racing. Driving for the Rapisarda Automotive International team, Dixon set a quarter-mile record in Australia with a 4.503 elapsed time at 332.18 mph. He returned to Australia last June and was both the No. 1 qualifier and winner at the City of Ipswhich Winternationals.
Outside of the cockpit, Dixon attended the World Series of Drag Racing last year and learned how much the event means to the grassroots racer. Dixon will also compete at the World Series of Drag Racing in August.
“World Series of Drag Racing is the longest running annual event in our sport. To watch it last year, there was so much great action from the sportsman level to the fuel cars. To represent that great event and Cordova, I’m excited about that,” Dixon said.
Cordova International Raceway President Rod Wolter added, “We are pleased to have a great champion in Larry Dixon represent our event, our track and the Quad Cities region this weekend. We look forward to him coming to race with us in August.”
The World Series of Drag Racing returns this season to its traditional home of Cordova International Raceway in Cordova, Illinois. The three-day event is scheduled for Aug. 25-27.For information, please go to http://www.racecir.com.