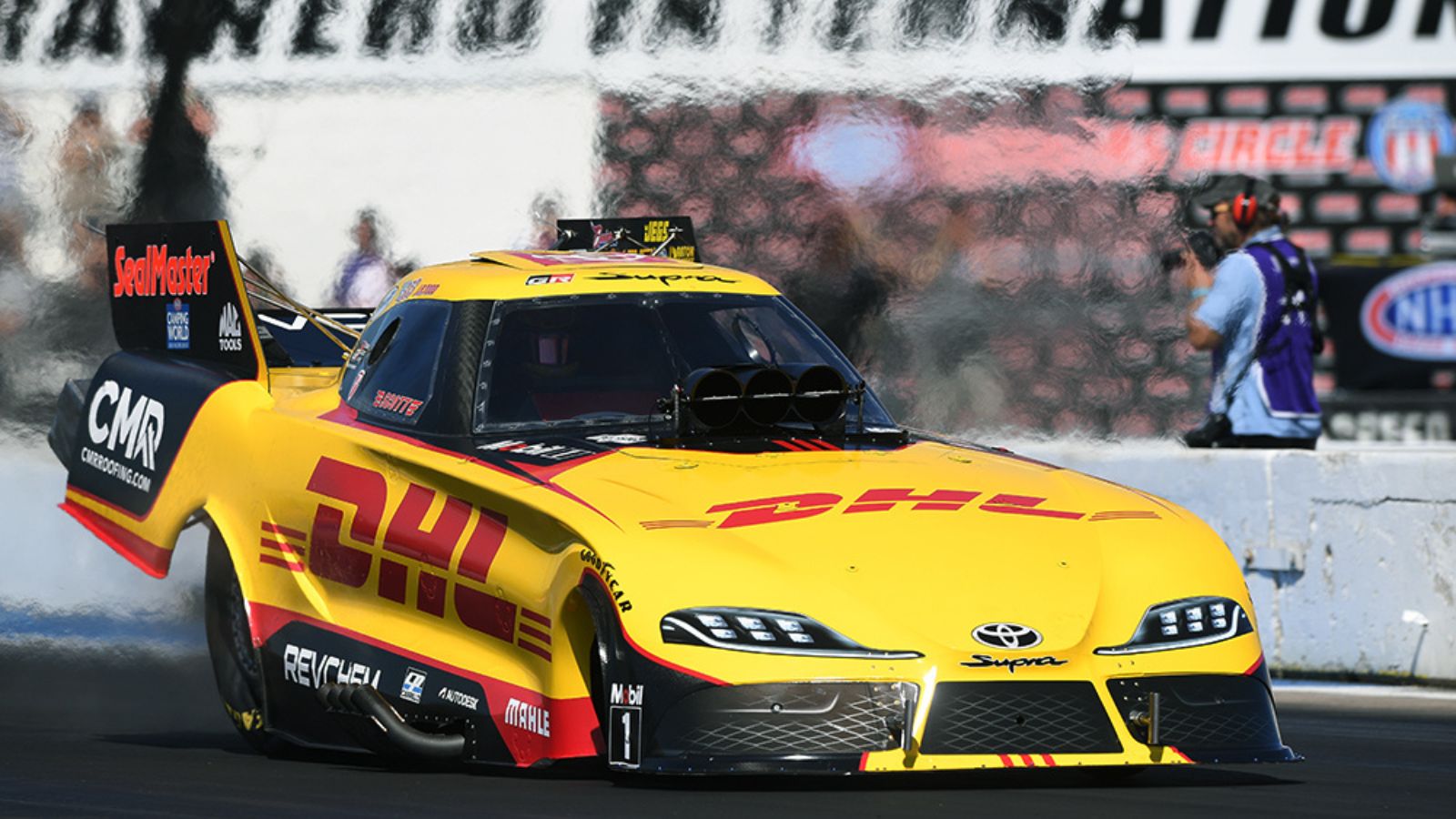 The Brainerd Nationals once again proved to be a performance playground for Top Fuel and Funny Car teams with weekend temperatures cooling off allowing for near record setting elapsed times and speeds. Following one of the hottest Western Swings followed by last weekend’s sweltering Topeka Nationals J.R. Todd and the DHL Toyota GR Supra team were ready to light up the scoreboard at the fan friendly racetrack. Through two days of qualifying Todd posted one of his quickest runs of the season landing in the No. 7 spot on the qualifying sheet with a solid 3.897 second run at 332.43 mph.

In the opening session on race day Todd and the DHL Toyota GR Supra made the third quickest run of the first round to take the win over No. 10 qualifier Jim Campbell. Todd was the first off the line and never trailed in the race. His winning elapsed time, 3.898 seconds, was just one thousandth of a second off his best qualifying effort.

“That first round run felt great and we went right down the groove,” said Todd. “We are in a tight battle with a lot of Funny Car teams trying to hold our position so getting that first round win was big. Todd and Jon O did a great job setting up this DHL Toyota GR Super Funny Car.”

Prior to the quarterfinals track temperatures began to rise and all the crews worked to make the necessary performance adjustments. Throughout the second round of Top Fuel and Funny Car many of the teams and drivers had their hands full with tricky track conditions. Facing the No. 2 qualifier Todd knew his team would need to thread the needle of an aggressive but not overpowering tune-up.

Both Funny Car jumped off the starting line with Robert Hight holding a slight lead but Todd and his DHL Funny Car flew past him by half-track. As Todd is trying to pull away his racecar started to overpower the track and as Todd pedaled his Funny Car his engine lets go robbing him of momentum, but he was still momentarily in the lead. Hight also loses traction and he pedaled his racecar and generates enough power to move past Todd as he also experiences an engine failure right at the finish line.

The quarterfinal finish for Todd will hold him steady in sixth place in Funny Car points with one more regular season race remaining.