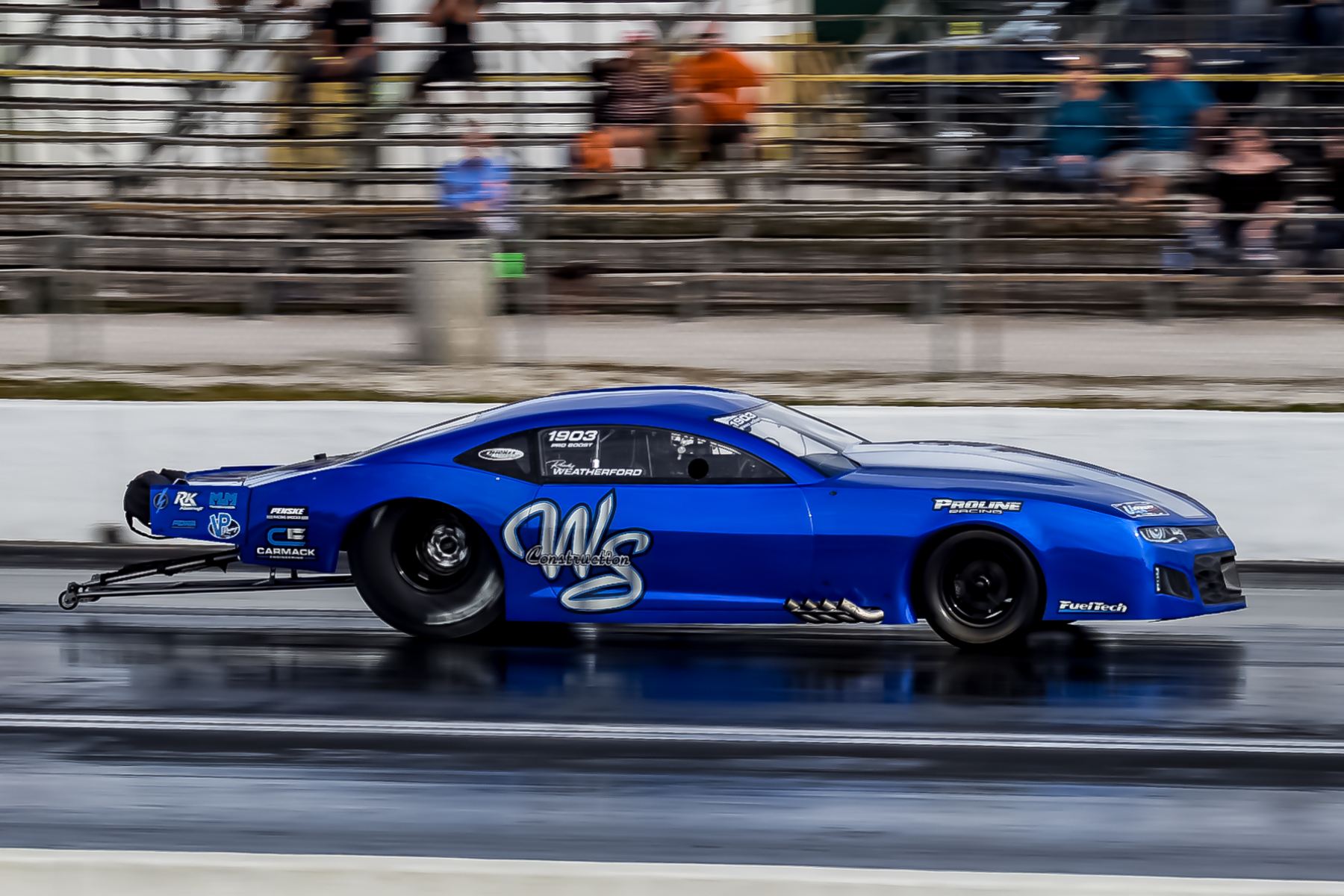 In just over 24 hours, 50 different Pro Mod drivers and teams committed to helping Bradenton Motorsports Park celebrate the 50th running of the Snowbird Outlaw Nationals presented by Motion Raceworks at the end of this season. Tech cards went on sale Saturday night, and by Sunday night, all 50 tech cards were sold. Another nine drivers are on the waiting list for the event, which will pay $50,000 to the winner on December 2-5.

The entry list is a who’s-who collection of some of the quickest and fastest “legal” and outlaw Pro Modified cars in North America. Drivers include stars from NHRA Pro Mod, PDRA Pro Nitrous and Pro Boost, the Mid-West Drag Racing Series, the Northeast Outlaw Pro Mod Association, and even a handful of former Radial vs. the World racers.

“The whole list is just stacked,” Alvarez said. “If you’re on the list, chances are you’re just a badass.”

Alvarez admits he’s not surprised to see the Pro Mod entries selling out so quickly, and it didn’t happen on accident. Since taking over ownership of Bradenton Motorsports Park in early 2018, Alvarez has worked to elevate longstanding events like the Snowbirds and the U.S. Street Nationals while also creating new traditions. 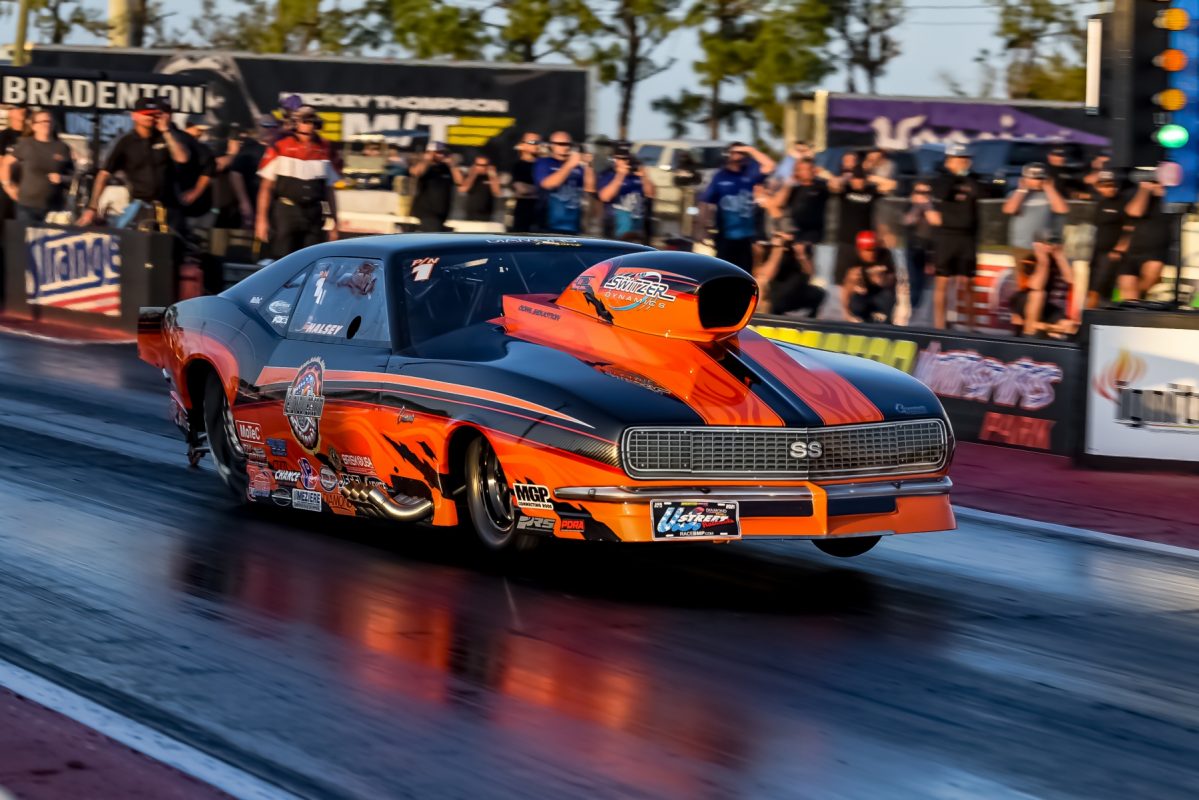 “I’ve been a big fan of this event in particular for years, even before I owned the track,” Alvarez said. “It’s just a really, really good event with a lot of history and really fast cars. I’ve always seen more potential in these events. It’s awesome to see it become reality, but yeah, I did see it happening. This is what I was after.”

The Pro Mod payout – $50,000 to win, $10,000 to runner-up, and $2,500 for the semifinalists – was made possible through the support of the class title sponsor, M&M Transmission, and presenting sponsor Carmack Engineering, as well as event title sponsor Motion Raceworks.

“The Motion Raceworks guys do a lot so we can make these things happen,” Alvarez said. “For Pro Mod in particular, it wasn’t a small ticket to sponsor it and we had M&M Transmission and Carmack Engineering step up immediately to help out a lot.”

A minimum of four qualifying sessions will set the 32-car field, while Alvarez said a fifth session is possible if the schedule allows. The Pro Mod class will follow PDRA Pro Nitrous and Pro Boost rules with a few minor adjustments. Wade Rich and Jimmy Bradshaw will handle track prep.

“Last year, we did our rules based on the PDRA rules package for Pro Nitrous and Pro Boost,” Alvarez said. “It was really close and we saw some really fast passes because the conditions were really good. So we’re going to use that same rule package as our base. We’re going to make some small adjustments. Tyler [Crossnoe] and his tech team do an amazing job with PDRA. Most of our racers will come from that series and run that series all year. It’s good competition, so it’s a good base for us to start with.” 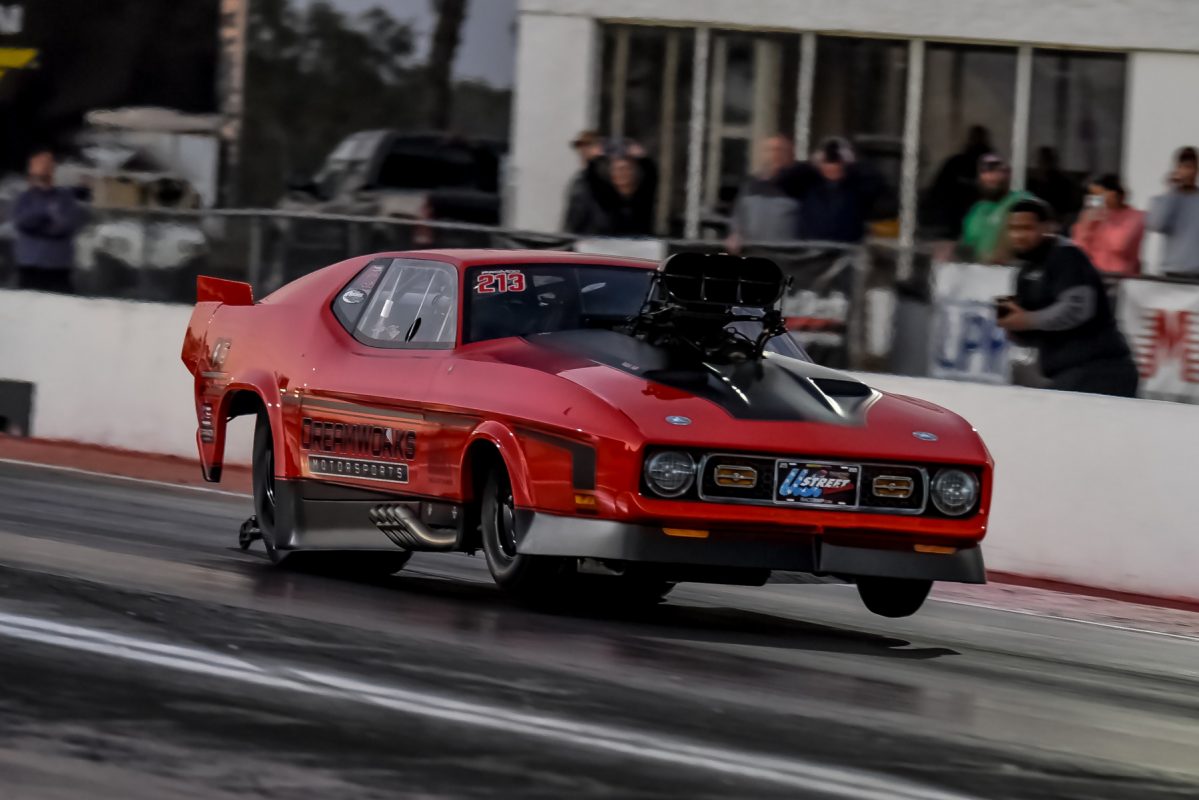 The significance of having 50 Pro Mod teams pre-entered for the race more than three months ahead of the event is not lost on Alvarez. He was captivated by Pro Mods when he saw them race up close for the first time at the Snowbirds years ago. He’s a big believer in the class, and it was crucial to have it headline the 50th Annual Snowbird Outlaw Nationals.

“This is the highlight of the event,” Alvarez said. “I want to give these Pro Mod guys a big stage and a big payout, things I feel they deserve. I think Pro Mod racing is the top tier of our sport when it comes to door cars. We want to give them a great racetrack, good conditions, a fair rule package, and just give them a place to really put on a show for the fans.”