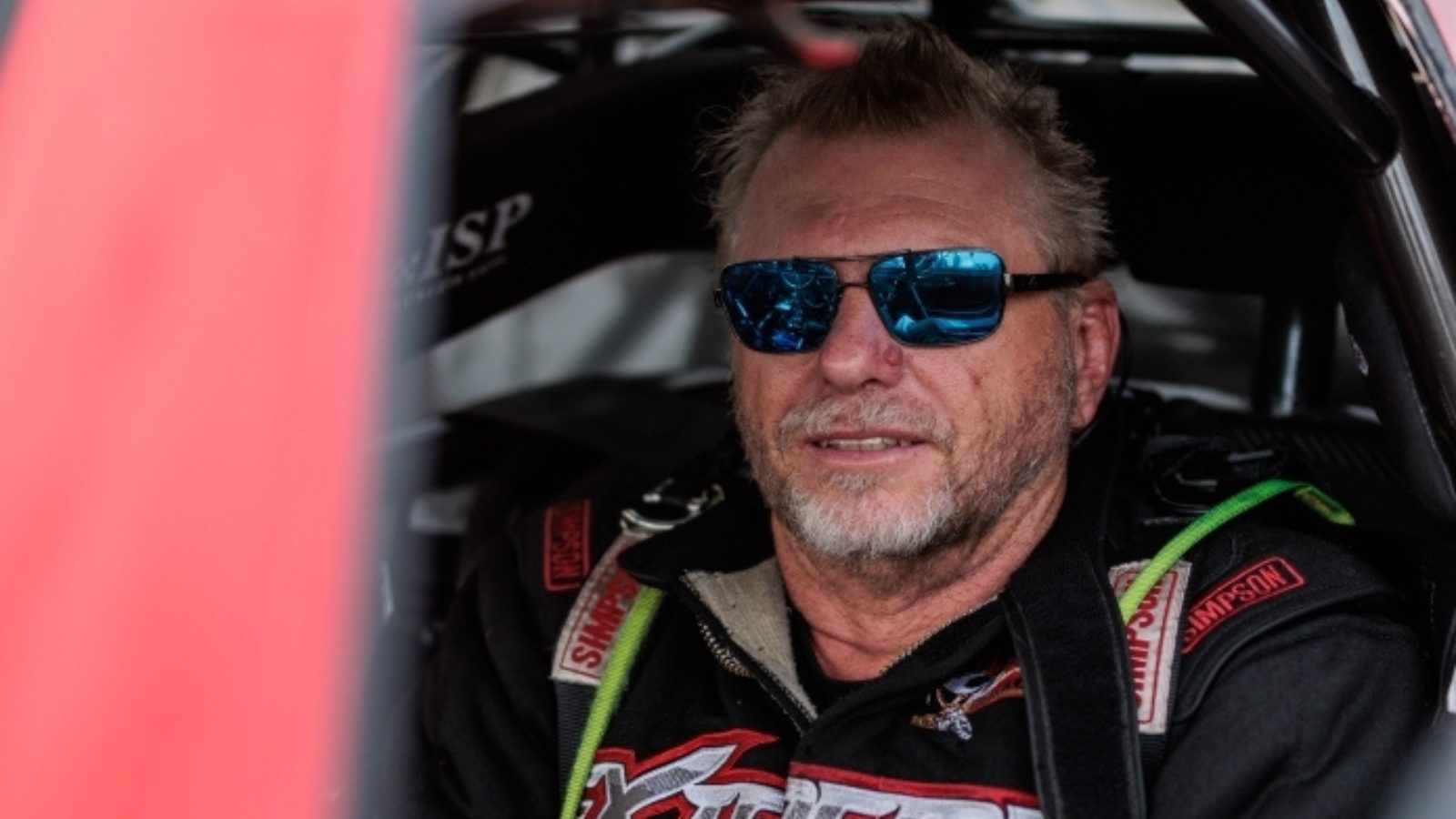 Coming off a successful 2022 season in which he secured four NMCA wins and the Xtreme Pro Mod championship, Glen Allen, Missouri’s Randy Merick was invited to participate in the 2023 Drag Illustrated World Series of Pro Mod to be held March 3-5, 2023 at Bradenton Motorsports Park.

“Wes [Buck] called me and congratulated me and asked me if I would come, and you can’t turn that down,” Merick said of the coveted invitation to the WSOPM race.

Owner of the Twin Lakes Whitetails hunting ranch and a farmer as well, Merick is a longtime, big-tire racer who has raced Pro Modified since 1997. He also competed in the wild Super Chevy Nitro Coupe class from 1999 throughout the early 2000s, and set both E.T. and speed records for the class and doorslammers worldwide.

While he didn’t intend to run for NMCA championship in 2022, he hit five of the six races, and after winning the St. Louis event mid-season, he kept the throttle down and was able to sweep the remaining three races despite considerable challenges from Derek Ward, Jim Widener, and defending champion Chip King.

“I try to finish everything I start,” Merick said. “It’s the first championship I’ve ever won. We won the Norwalk race by .002 – it was a close race!”

While this year’s NMCA championship Victor award may be his first, Merick is no stranger to big-money races, as he won the $50,000-to-win Elite 16 presented by Elite Motorsports and the Mid-West Pro Mod Series (MWPMS) race at the Texas Motorplex in 2018. Merick went several rounds and defeated Pro Line Racing’s Eric Dillard in the finals

“We wound up running Rickie Smith in the first round in both races,” Merick said of the weekend that featured the Elite 16 race as well as the makeup of the MWPMS finals. “He’s one of the last people you’d want to race first round.” 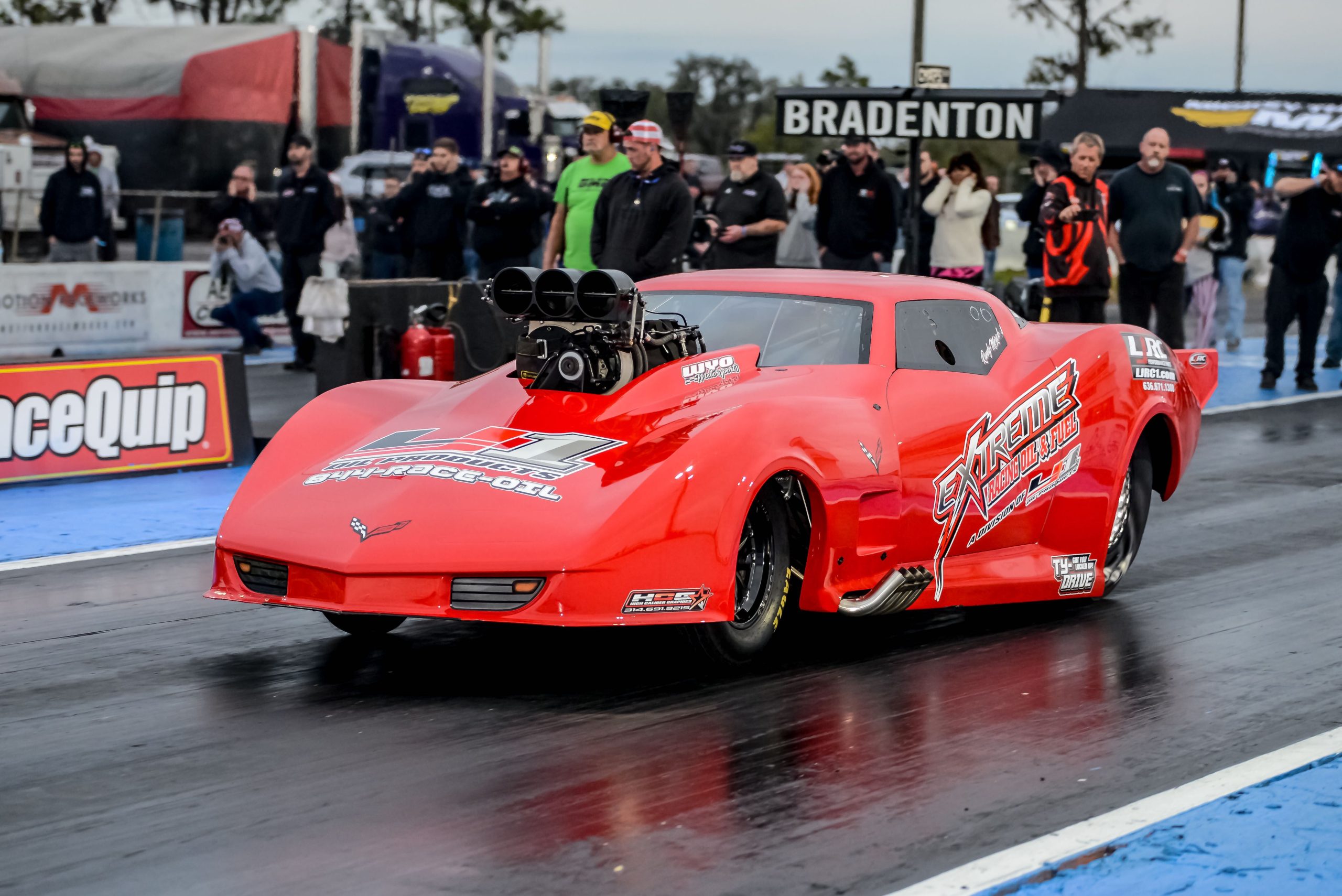 Merick’s championship-winning ride is the 1979 C3 Corvette built and maintained by Larry Jeffers Race Cars (LJRC) that he drove to the win at the Elite 16. Over the years, it has undergone changes to compete in various races and sanctions, and LJRC lightened it up and made some other changes to the car between 2020-2021.

Motivation for the machine comes from a 526 cubic-inch, Todd Tutterow/WYO Motorsports-built Noonan Race Engineering Hemi with a PSI screw blower, and Merick relies on a Liberty 5-speed transmission and Ty-Drive to put the power down.

Tutterow has been a part of Merick’s racing program since 2017, and he works with crew chief Ed Briggs to tune the car. But, there’s a good chance that Tutterow himself will be racing in the World Series of Pro Mod in 2023.

“He won the PDRA Pro Boost championship, so I think he’ll be racing this event,” Merick said. “I think there will be a few Tutterow-tuned cars competing.”

Larry Jeffers Race Cars will be handling some maintenance on Merick’s Corvette before it arrives at Bradenton Motorsports Park in March, a track that is sure to provide a great racing surface and weather for quick elapsed times.

“It’s a really nice place,” Merick said of the venue. “We ran a couple of races down there last year.”

Even with the Drag Illustrated World Series of Pro Mod offering a hefty $100,000 to the winner, Merick doesn’t feel extra pressure to win.

“I don’t let that bother me. I race to win the race – the money is just extra,” Merick said. “Every race to me is big. Every race is memorable, and I’m proud to be able to go them and race with people and friends who are exceptional.”

While Merick may not be focused on the prize money, he knows the competition at the event will require every bit of focus he can muster.

“It’s going to be a tough field,” Merick said. “Every car there is going to be badass. It’s gonna be exciting, and probably the most competitive race I’ve ever been to for sure. The guy that wins that race will be able to say he beat the best. It’s going to take some luck for sure, and you might need more than that. I can’t wait to get there.