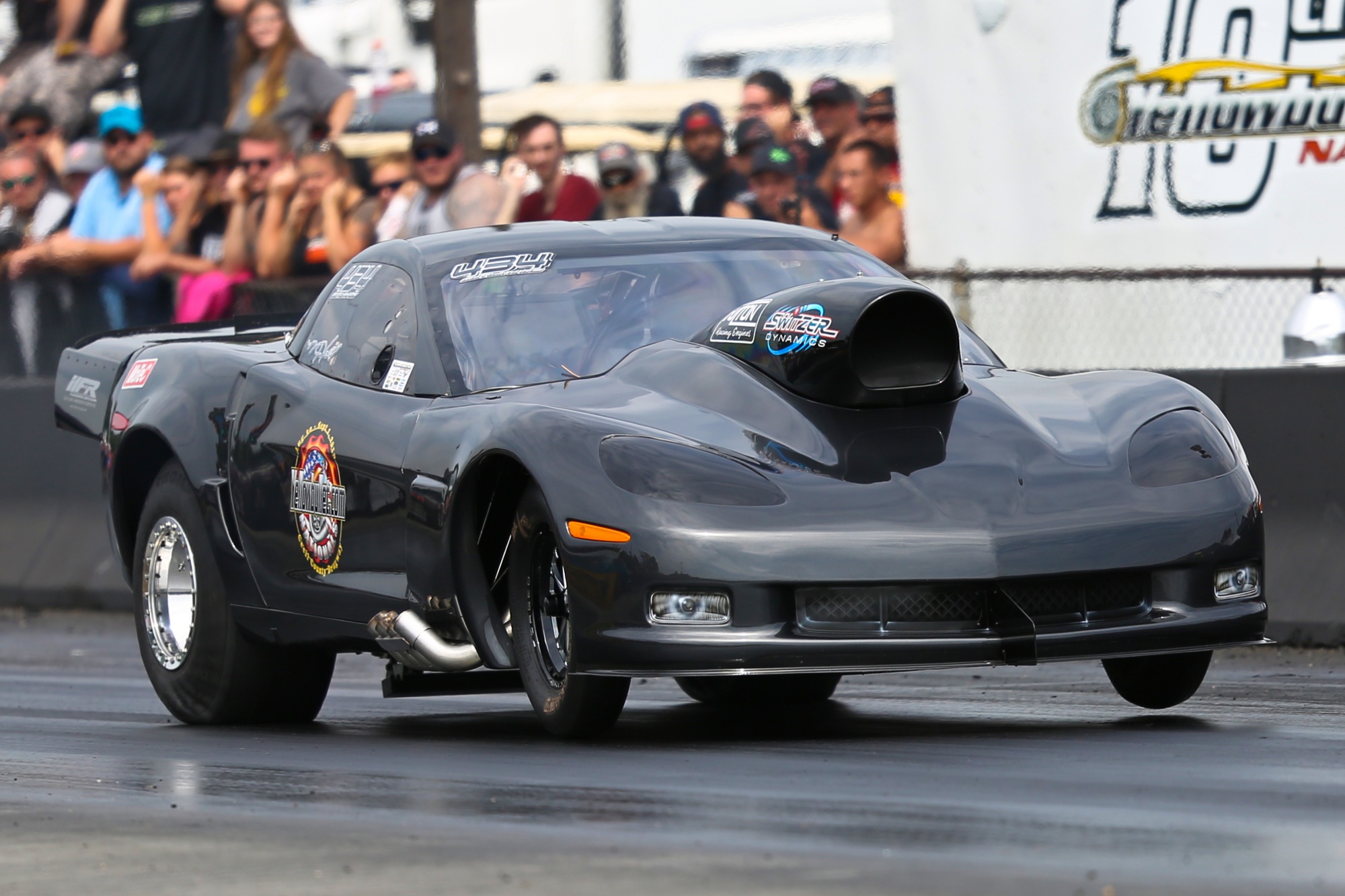 “Winning the championship is part hard work, lots of testing, and lots of help from outside sources,” explains Mo Hall, the 2019 Atomizer Outlaw 10.5 National Championship Series victor. “That’s all part of winning.”

For Hall and his team, the year started out based on uncertainty, but the tide quickly changed, and dominance became the strategy.

“In the beginning of the year, HFR Fabrication rebuilt this race car in less than 30 days,” Hall tells us. “We took the car to Brandon Switzer at Switzer Dynamics on March 29 and installed a brand-new, never-been-used-for-nitrous-before, M150 EFI system from MoTeC. The first race of the year we won and then proceeded to progressively get better and better as we learned the software. So this was a fun year because of the dominance built into that M150 and what Brandon Switzer has done.”

In a season that saw wins, runner-up finishes and records being set and reset, it didn’t come without challenge. Some of that challenge came from running on radials.

Hall promises another exciting season in Outlaw 10.5 in 2020.

“Changes for 2020 are not too severe,” Hall explains. “We are revamping the setup in the race car, and we should start testing in February. Everything’s out getting freshened up, cleaned up, redone, touched up, just making sure everything’s clean and ready and preparing. We are literally changing the entire setup on the back on the race car and trying to conquer this piece, but at a different way.

“I want to thank Steve and Joel,” Hall adds. “They’re the two that are on the crew that just worked their asses off year-round to make this thing work and function. I also want to thank Cecil County Dragway, Jim Halsey, Cathy Crouse, Brandon Switzer and Switzer Dynamics and Fulton Race Engines.”