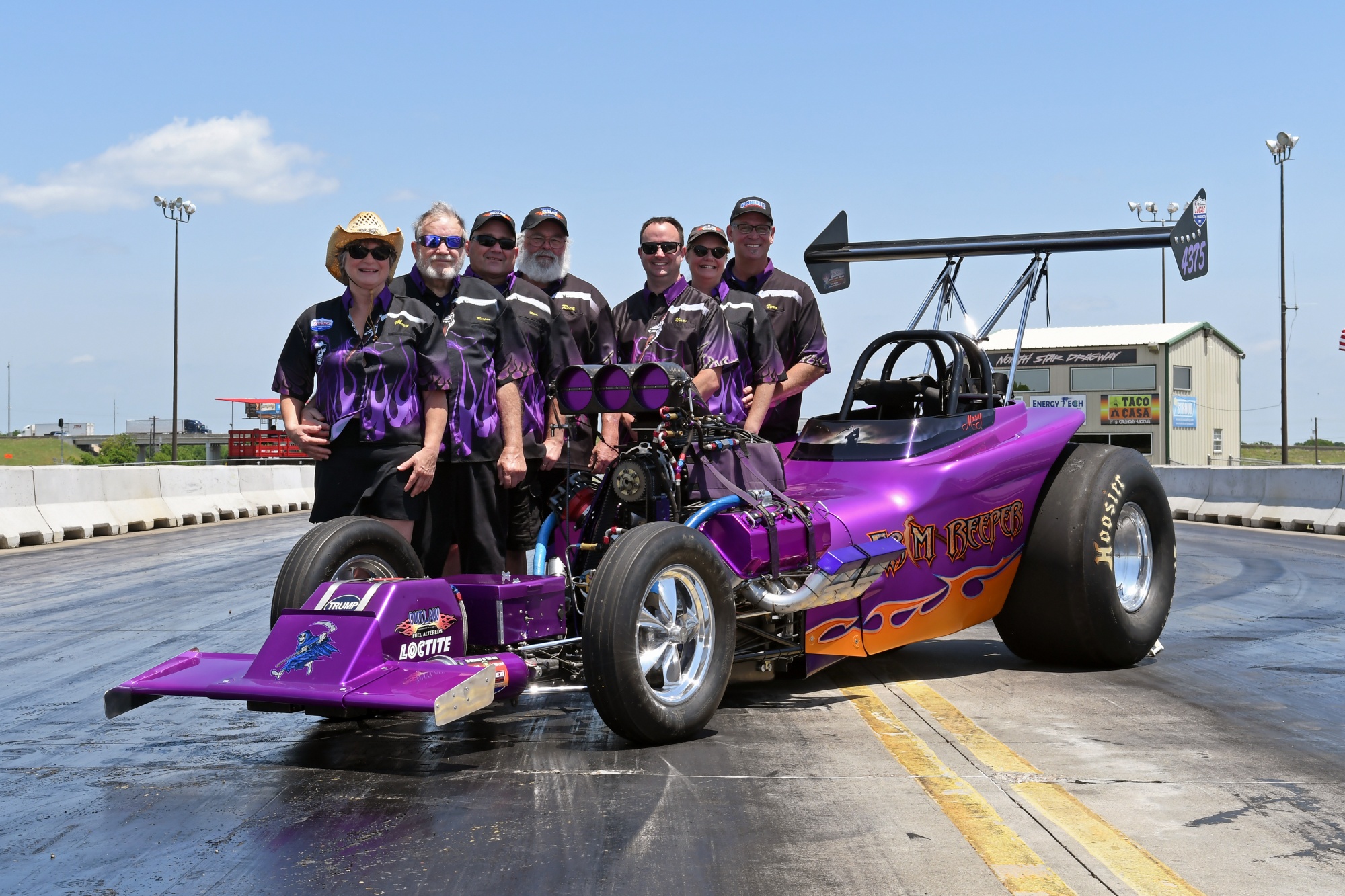 It was a historic effort for the Austin, Texas-based “Grim Reeper” team as Mary Reep clinched the Good Vibrations Motorsports Outlaw Fuel Altered Championship during the elimination rounds of the final event of the 2019 season at Xtreme Raceway Park in Ferris, Texas. In doing so, Reep became the first female to claim a Fuel Altered championship of any kind.

Additionally, Reep joined her husband and 2001 OFAA series champion Larry Reep as a series champ, becoming the first husband and wife duo to share titles in any series of drag racing, ever, according to our resources.

Consistency paid off for Reep as she lived in the 3.90-second zone all season and tallied a pivotal holeshot win at Alamo City Motorplex in San Antonio to aid her late-season championship push. The fan-favorite, methanol-burning 525ci Hemi held off runner-up finisher Jody Austin by just six points. Bobby Marriott, Jimmy Jones and Mark Billington all earned respectable top-five points positions and were separated by only 31 points from the top through No. 5 in the final standings.

“As a driver, it’s humbling and exciting to realize we actually achieved this lifelong goal,” Reep says. “A special thanks to Bobby and Nancy Marriot for their vision of creating a series in which we can compete. Thank you to Good Vibrations and Lone Star Forklift for their continued support of our series. Additionally, a huge shoutout to Dennis Murray, Jack Hodgson, Charlie Machado, Joe Monden and so many more who continued to help our team in this endeavor.”

“A special thank you to friends and racing family who have supported me on this journey,” Reep continues. “To name just a few: Shelly Howard, The Greek, Gene Snow, Frank Cook, Dale Emery and so many more. Finally, I would not be here without the best team on Earth including Nate Murphy, Rick Enloe, Vernon Phillips, Bobi Jo Duncan, Rick Reep, Darren Benton and of course my husband, the legend, Larry Reep. I shall never forget this moment to be crowned the OFAA 2019 champion!”

Reep will be back in the seat tuned by her husband and ready for title defense in 2020 as the Outlaw Fuel Altered Association charges into its 24th consecutive season of championship Fuel Altered racing. The series has stood the test of time as one of the longest running independently run drag racing series in the country.