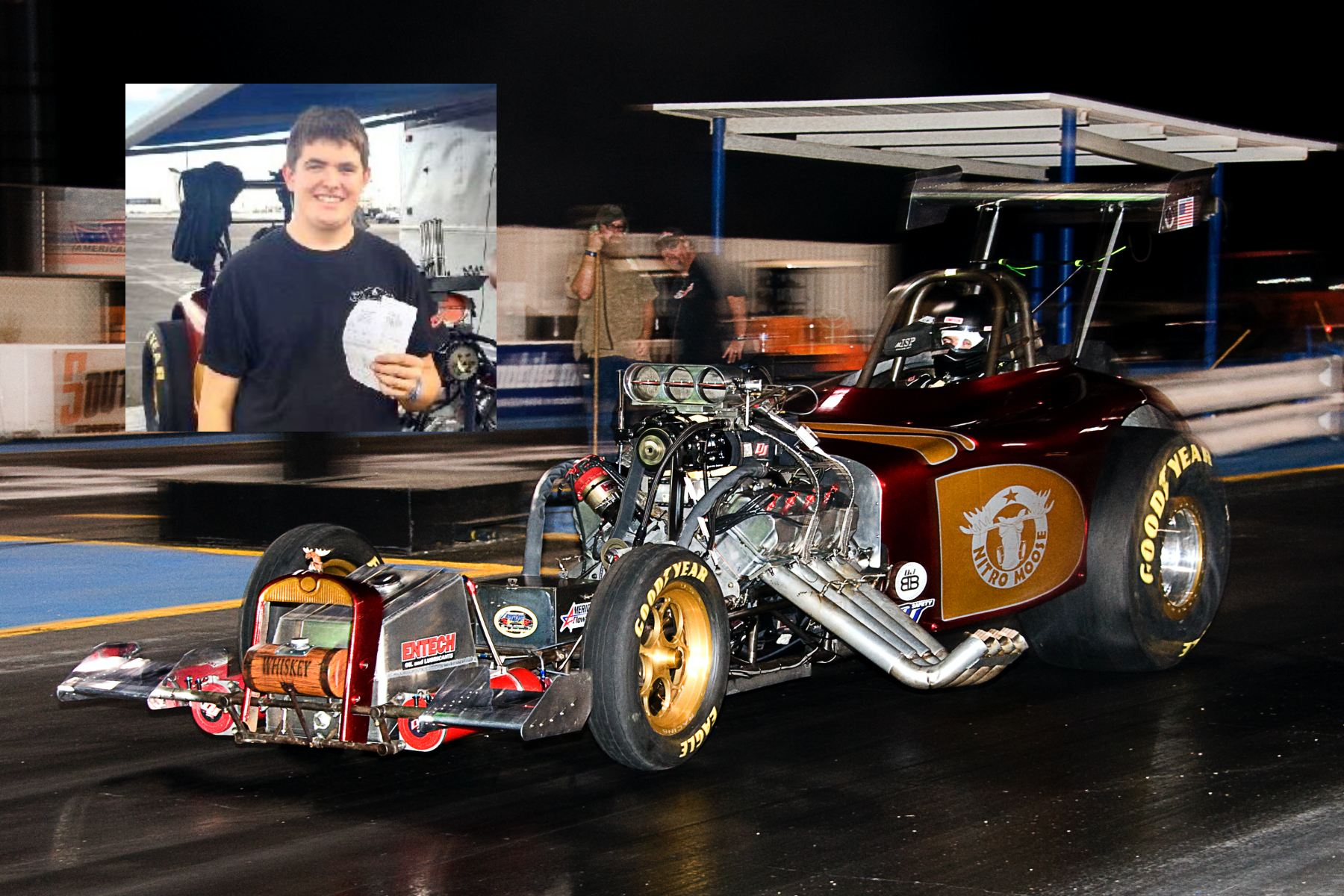 It’s been a family affair since day one, and at the ripe old age of just 4 years old, Dylan Winefsky fell in love with drag racing. Dylan’s father, Robert Winefsky, runs a Fuel Altered and has been drag racing all over the Southwest for many years. “All that kid ever wanted to do, was to be in the garage and around that race car,” Robert said.

Fast forward a few years: when Dylan was 8 years old, the Winefsky family bought a Jr. Dragster for Dylan. He excelled almost immediately, but by the time he was 15, he’d outgrown the car! Even though Dylan is soft spoken, he dropped enough subtle hints, and let his dad know that he really wanted to eventually get in the seat of the Fuel Altered.

He attended Frank Hawley’s Drag Racing School in October of 2020, where he earned his Super Comp license. In January of 2021 under the watchful eyes of NHRA veteran crew chief and driver Johnny West, he made license crossover runs in the Altered (on methanol) and then begin fuel licensing runs with his first nitro hit at the 2021 March Meet in May. 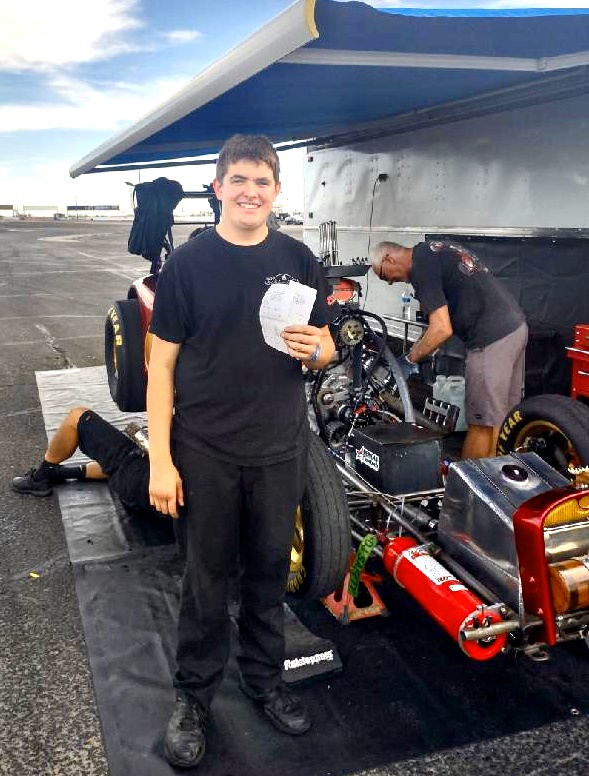 To finalize the requirements for an NHRA Nostalgia (nitro) Funny Car license, Dylan needed to make two full runs at sub-seven second E.T.s On Sunday, October 24, Dylan did exactly that. Right out of the box, he ran 6.059 at 235.43. At the other end of the strip, Dylan was smiling ear-to-ear, and when his dad told him he ran 6.05, all he could say was, “THAT was fun!”

Tuning a nitro car can be sensitive, fickle, and a million other adjectives, but Robert and the crew (Dylan included) serviced the car and set it up exactly the same for the second run. It worked, beautifully. Dylan staged, the tree came down and he ran another flawless pass at 6.065 at 235.76.

“I’ve always said when the time comes he definitely earned the seat, he’s worked on this car since he was 4 and knows it better than anyone,” said Robert, the proud dad.

Winefsky Racing plans on doing some preseason testing after the holidays and Dylan is looking forward to more seat time. He’s been smiling since Sunday.