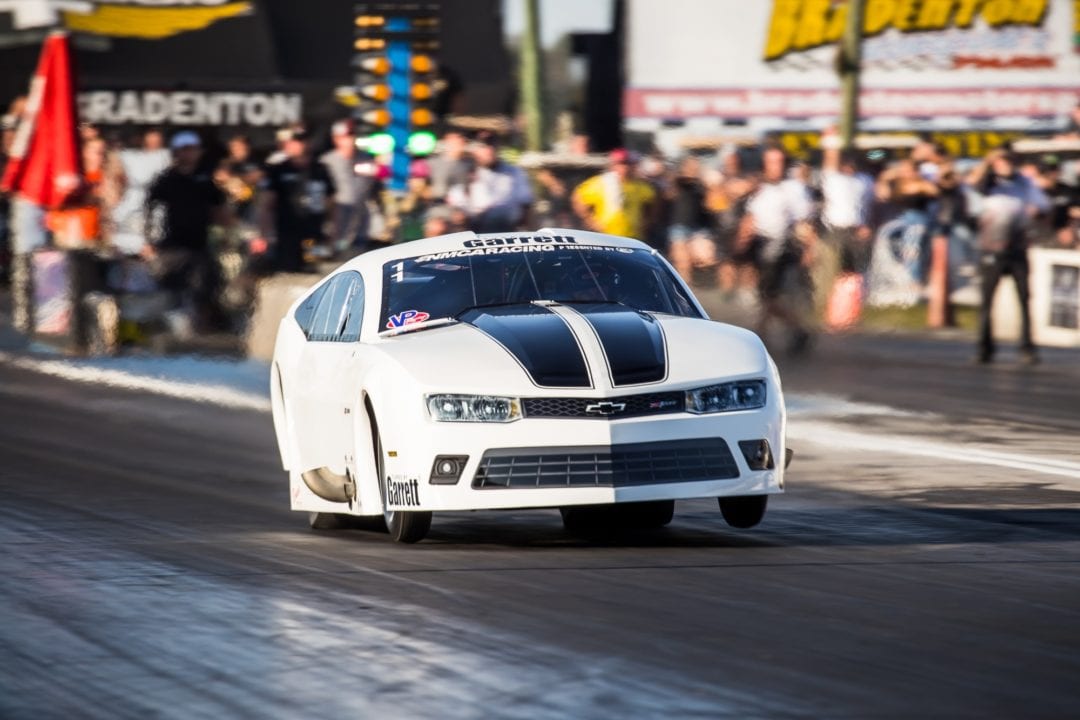 The National Muscle Car Association is getting ready for one of the biggest and wildest VP Racing Fuels Xtreme Pro Mod fields to kick off its Muscle Car Mayhem season-opening event at Bradenton Motorsports Park the weekend of March 8-11. Presented by E3 Spark Plugs, NMCA’s Muscle Car Mayhem attracts top Pro Mod and street car heads-up drag racers of all levels from around the U.S. thanks to the warm weather and insane track conditions.

Nearly 30 of the baddest door-slammers will be pointing their rigs towards Bradenton Motorsports Park March 8-11 for what will be a record-breaking weekend of competition. Defending NMCA champion and record holder Steve Summers looks to earn back-to-back titles with his turbocharged 2016 Camaro ZL1. Then there is five-time NMRA champion Don Walsh Jr. and his new twin-turbo C7 Corvette that has run near the national record in pre-season testing. Or will it be the supercharged camp’s return to glory? It has been a decade since a supercharged car took the NMCA championship title! Eric Gustafson’s new ProCharger combo will be a front-runner along with the screw-blown rides of Jason Hamstra and Adam Flamholc. The Bankston Boyz aren’t laying back either with even larger nitrous engines coming in 2018 for the team’s early and late-model Camaros.