XDA heads back to Maryland International Raceway located in Mechanicsville, Maryland for the 4th annual FuelTech Superbike Showdown on June 18-20, 2021! This event features the Orient Express Pro Street class running at speeds over 230 mph in only 6-seconds! Over 90 Professional riders, plus another 700+ Sportsman, and Grudge motorcycle racers will compete for over $80,000 in cash purse at this event.

This season XDA will payout over $560,000, YES that is correct, over half a million dollars in purse money, along with a $130,000 contingency fund that spans all classes.

Rodney Williford is cooking with Orient Express Racing Pro Street taking back-to-back wins at the first two events. Everyone is in the danger zone as Williford holds an eighty-four-point lead that he will not lose his grip on without a fight. With a 6.497 pass in the finals at the MTC Engineering Summer Nationals, he has the full package to stay on top.

Doug Witt will return to action next weekend after a two-year hiatus with his revamped, fuel-injected, nitrous-assisted Hayabusa entry. And Mark Gargiulo swears he will be on the property with his latest build ready for action.

The battle for a spot at the 25th annual Haltech World Cup Finals presented by Wiseco at Maryland International Raceway starts to heat up next weekend too. Racers need to participate at a minimum of four events and take a top ten finish in points for the chance to compete in front of 40,000+ fans and win the $5,000 Pro Street Shootout sponsored by Platinum General Services on November 3-7, 2021.

Keep your eye on the MPH’s next weekend, as we have several racers on the cusp of officially breaking the 232.59 mph record. 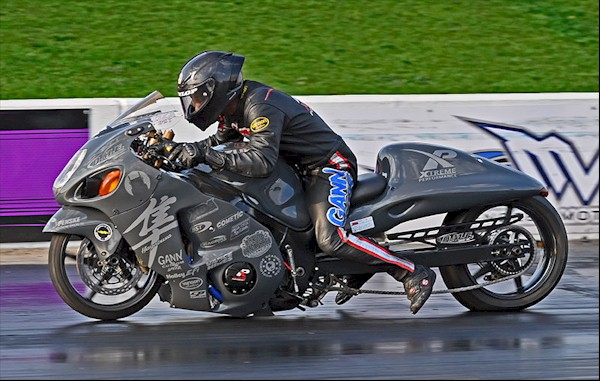 DME Racing Real Street has a tie right now for the points lead, with Mark Hylton and Jeremy Teasley sharing a minuscule five-point lead over the class. Class champion Brandon Teasley is on their heels with David Stewart and recent winner Joey Gladstone rolling right behind. Next weekend Trevor Schnitz will be putting Gladstone out of work as he returns to make his debut on the HTP Performance all motor Suzuki GSX-R1000, for real this time! You will also need to keep your eye on class champion Spencer Claycomb as his early exit at the last weekend has only given him more fuel for the fire of a comeback. 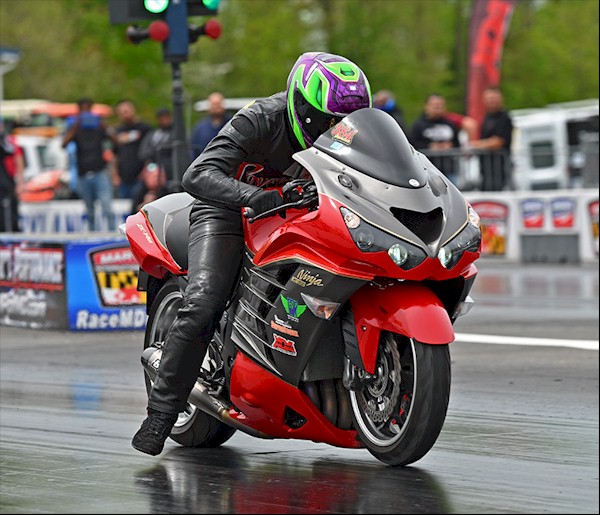 The HTP Performance Super Stock champion David Fondon is looking for back-to-back championships this season. With two races down, he already has a ninety-four-point lead over his fellow hand clutch competitors. Mike Davis, Zachary Applegate, Jyrec Givens, and Derek Sobiech need to step up their game and knock Fondon out in an early-round if they want to close that gap before we reach the mid-season mark.

Chris Garner-Jones came out of the gate this season hard, breaking the class record with 3.897, winning the season opener, and leading the MaxxECU Pro Xtreme points. However, his lead is only one round of points, and his competitors have the horsepower to run him down. Next weekend we will see if they can put it together to knock him off the throne. 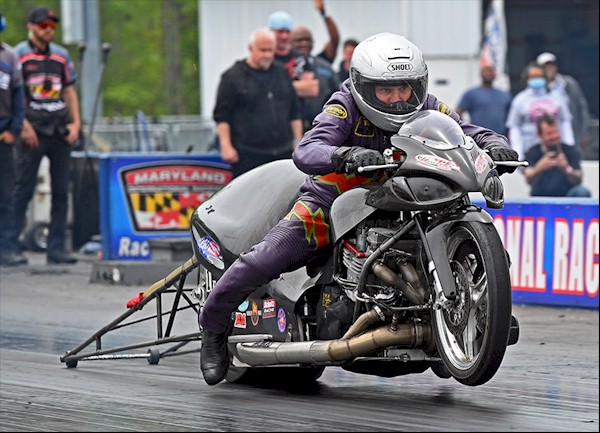 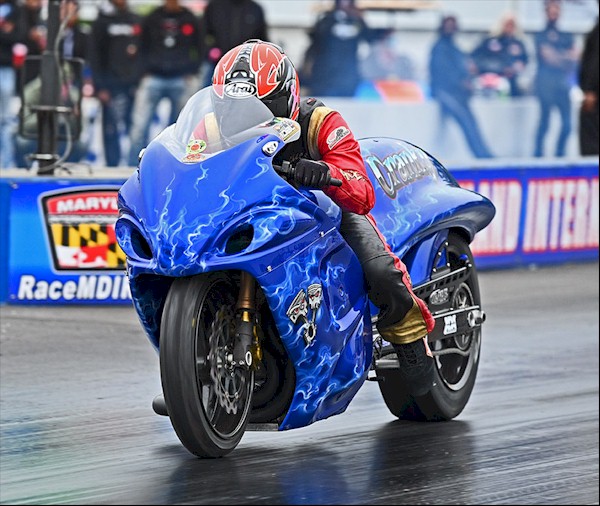 The HTP Performance Grudge racers are turning out in high numbers and the competition has never been more exciting! With the best-prepped racing surface that these grudge racers have ever seen, the speeds are insane to watch. Even with the boards off, you know who is hauling ass and just faking it until they make it.

In APE Nitrous Bulls, Russell Dennison on ‘Jimmy Hendrix’ is leading the points. Dave Martin on ‘Unknown’ is fighting off the 3 Sixty 5 Transport Monster Bulls competitors to stay on top. And Chris Edwards on ‘Hulk Smash’ has seen two finals and leads the points in Tommie’s Motorsports DMV Bulls.

The race everyone wants to see in Boosted Bulls is Richard Gadson on ‘Mad Dog 20/20’ vs. Chris Moore on ‘Melania’. Bad News is it’s not going down next weekend, but the good news is that it’s already locked in to go down on July 23-25 at the WPGC Bike Fest at MDIR. It is going to happen; whose lane will you be standing in when it goes down? It’s time to find out who has the Baddest Bull in the country. Lights, Camera, Action. Let’s race. 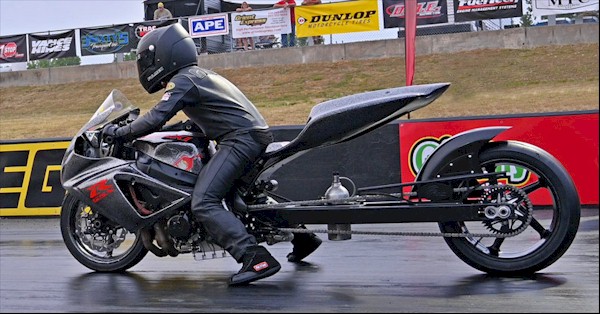 Sponsored by Vance & Hines, XDA features the largest eighth-mile index class in the world, and the FuelTech Superbike Showdown already has thirty-eight riders locked and loaded for next weekend.

Ronald Procopio leads this hardened class of competitors by one round of points. And with the ferocious level of competition, we predict a new points leader after next weekend. No one has ever run away with the points lead in this class, and the battle will rage on until the DME Racing Fall Nationals in October. 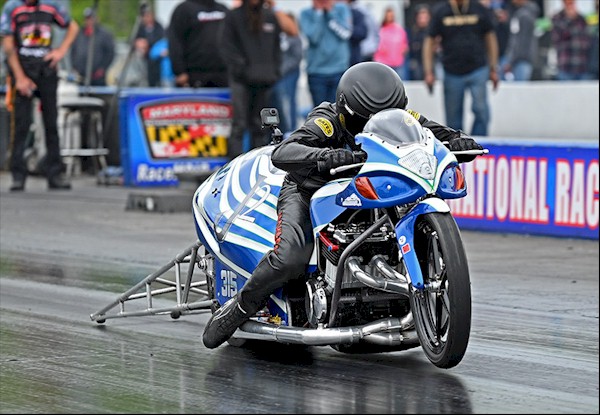 The 1 Stop Speed 5.60 Champion Dustin Lee holds onto his title so far this season with a sixty-five point lead in the eighth-mile class. This class is full of veteran heavy-hitters and the action is intense at every event!

In Mickey Thompson Tires Top Sportsman, Jeffery Santin has back-to-back wins giving him a significant lead of fifty-two points over the class. An early-round loss for Santin next weekend will open the door for his competitors to gnaw away his points.

Jimmie Miller is no stranger to starting out the season as the MPS Racing Pro ET points leader. He will go into the third of seven events with a mere nine points over Nick Hamlett. But the season is just starting, and Miller can’t lose a round if he wants to stay on top.

Brock’s Performance Street ET racer Louis Green Jr. took a runner-up finish at the last event and now leads the points chase. With hundreds of competitors in the lanes, this points lead will not be easy to hold on to.

While the pros prepare for Friday Night Qualifying, thirty-two of the best sportsman racers compete in the Hard Times Parts & Service Gamblers Race. On Saturday, XDA sportsman racers compete in the Voodoo Custom Motorcycle Components Bracket Bash. Combine that with Sunday MPS Pro ET and Brock’s Performance Street ET, big money is up for grabs at each and every XDA event. 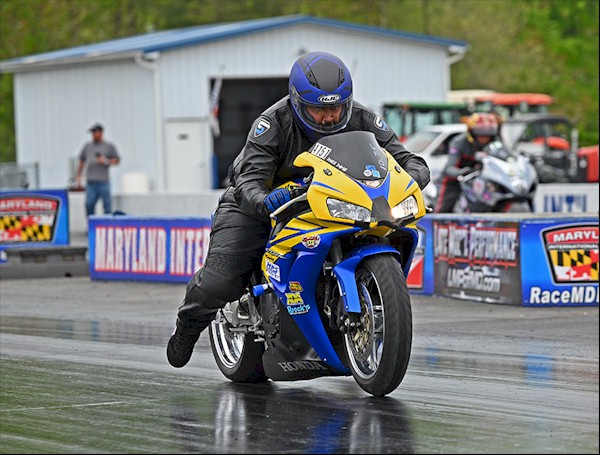 Saturday from 5pm-11pm, you don’t want to miss the HTP Performance Afterdark Underground with Grudge Racing, Running of the Bulls and more Pro Qualifying action! And don’t forget the vendor midway will be full of great deals on motorcycle parts, accessories and apparel.

Spectators are welcome, and we are looking forward to record performances with eighty-degree temperatures on deck. So, get your motorcycle buttoned up and roll out for another competitive round of XDA at Maryland International Raceway on June 18-20, 2021.