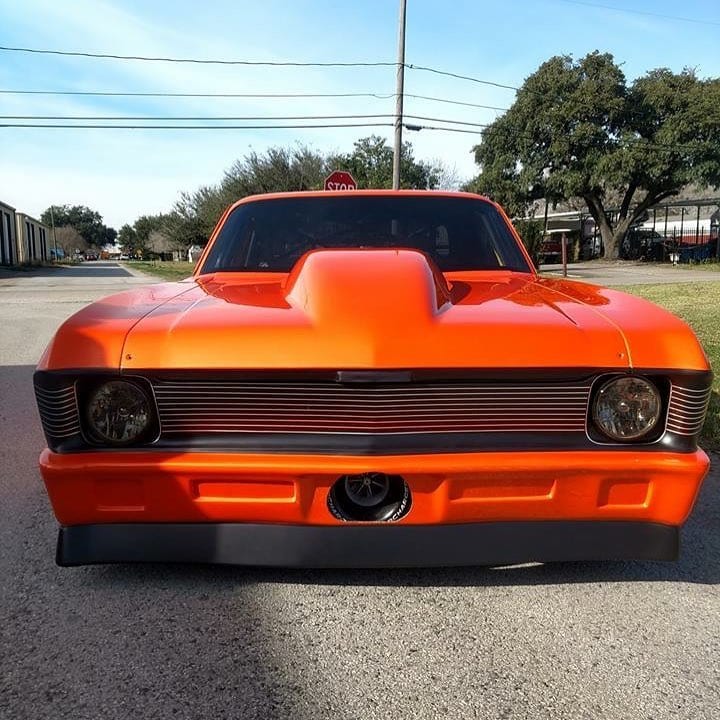 Kenny Hubbard was admittedly a little torn about straying from his beloved nitrous combination in his stunning X275 ’74 Nova.

But it took just three passes with a new ProCharger combination to convince Hubbard he had made the right decision.

He’ll still have his nitrous combo with him at this weekend’s Lights Out 10 at South Georgia Motorsports Park just in case, but there’s no denying the potential Hubbard and his Nova showed in a series of test passes with the ProCharger supercharger.

“I feel good about it. We’ve made four passes with it and it looks very promising,” Hubbard said heading into Lights Out 10. “On the third pass with the brand new combination, it was already quicker from 60-foot to the 330 than the nitrous car, and on the fourth pass it was definitely quicker.”

That type of tip-of-the-iceberg potential has Hubbard cautiously optimistic about what could happen this weekend and beyond.

Looking for a lighter combination that was easier on parts, Hubbard got the ProCharger suggestion from Jeff Naiser, who builds Hubbard’s engines through his NRC business.

“He came to the shop 6-7 months ago and told us we needed to do a small block with a ProCharger,” Hubbard said.

That set the wheels in motion for the man known as “Kennihanna” and he ultimately went the supercharger route. 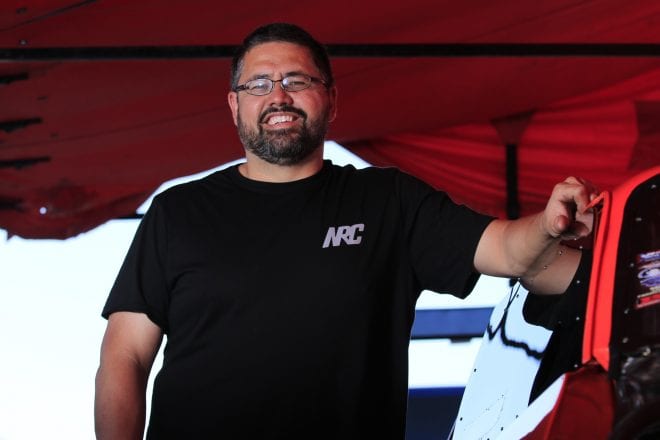 He saw the possibilities on the dyno and everything pointed going in that direction, much to the delight of ProCharger, which has quickly become a prominent player in the drag radial ranks in 2019.

“We know the type of builds he’s capable of doing and the racers he works with, so it was a really good thing for us to get that done and to work with Kenny,” ProCharger Technical Services Manager Walt Sipp said. “The sky is the limit and we’re excited to see what he can do.”

Even in the limited runs, Hubbard has seen the possibilities, noting the impressive front-half numbers.

The goal this weekend is to go quicker than the 4.37 he ran with the nitrous combination, and if he does that, Hubbard will most certainly be a player in the X275 ranks at Valdosta.

Hubbard, one of the most well-liked guys in the world of radial racing, will stay busy at SGMP, tuning seven different cars throughout the course of the grueling Lights Out event.

It’s another decided advantage of the ProCharger combination, which potentially offers the advantage of quicker runs with less parts damage.

“We’ve made the push to making better products and give racers more information,” Sipp said. “We’ve been working hard to do that and working with really good people, helping them to go faster.”

That’s music to Hubbard’s ears, especially as the X275 class continues to push the envelope when it comes to performance. It requires more resources – and Hubbard readily admits he wouldn’t be racing without the support of companies like ProCharger, NRC, Evolution Racing Development, Nitrous Outlet, ProTorque, AMS2000, MCFab, Glassman Mobile Services, Wiseco Pistons and Mickey Thompson – but Hubbard knows what it takes to succeed at a high level.

Navigating the arduous stretch of days is no easy task, but Hubbard likes his chances if he can produce a series of consistent runs.

“Consistency is definitely the key,” Hubbard said. “You’re not going to be the fastest guy all the time if you win this race. It’s all about consistency and making the right changes from round to round.”

If nothing else, Hubbard promises to have one of the most striking cars at SGMP. They rebuilt the car in six months to accommodate the ProCharger combination and, without question, the Nova looks better than ever.

“For the car to look like it does, it just floors me,” Hubbard said. “Everybody involved in this deal has been amazing and awesome. Still to this day – and this happened when we were loading it up – I look at it and I’m like, ‘Damn, that thing is sexy.’ I’m still in awe. It turned out very sweet.”