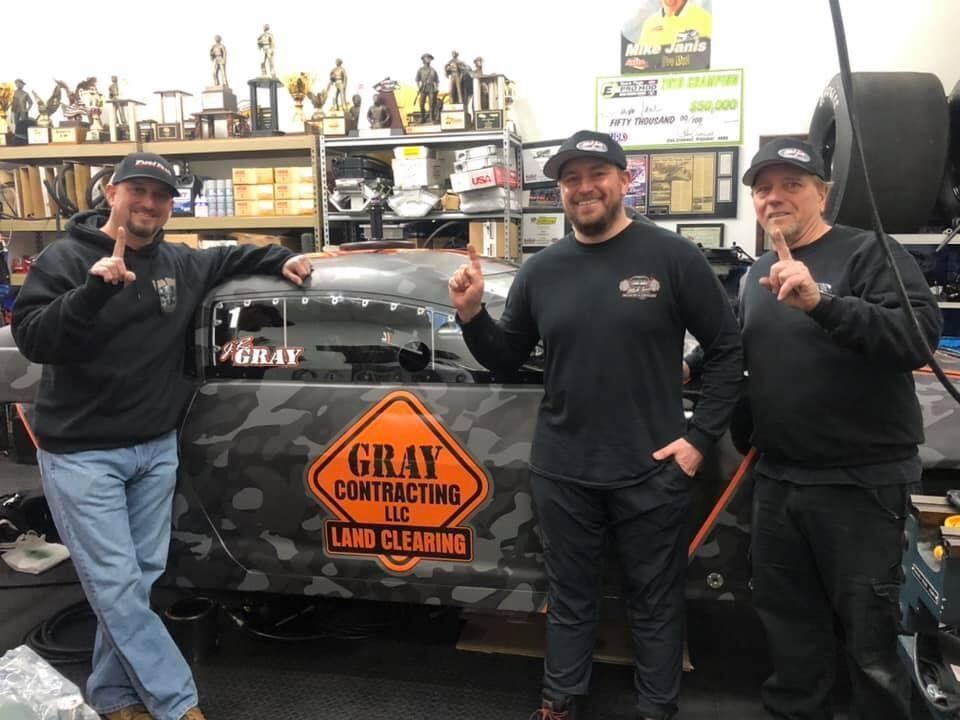 When J.R. Gray rolls to the starting line for his first Pro Mod qualifying pass at the second annual CTECH Manufacturing World Doorslammer Nationals presented by JEGS at Orlando Speed World Dragway this Friday, it will be a powerful moment for the grudge racing standout.

Gray experienced drag racing for the first time at Orlando Speed World, where his late father, Ron, would race and take J.R. along with him. Gray has since become a star in the grudge world and more recently jumped into Radial vs. the World, where he won Sweet 16 3.0 in his RvW debut last year.

After signing a deal to drive the Mike Janis Racing Camaro this year, Gray will make his Pro Mod debut at his original home track. 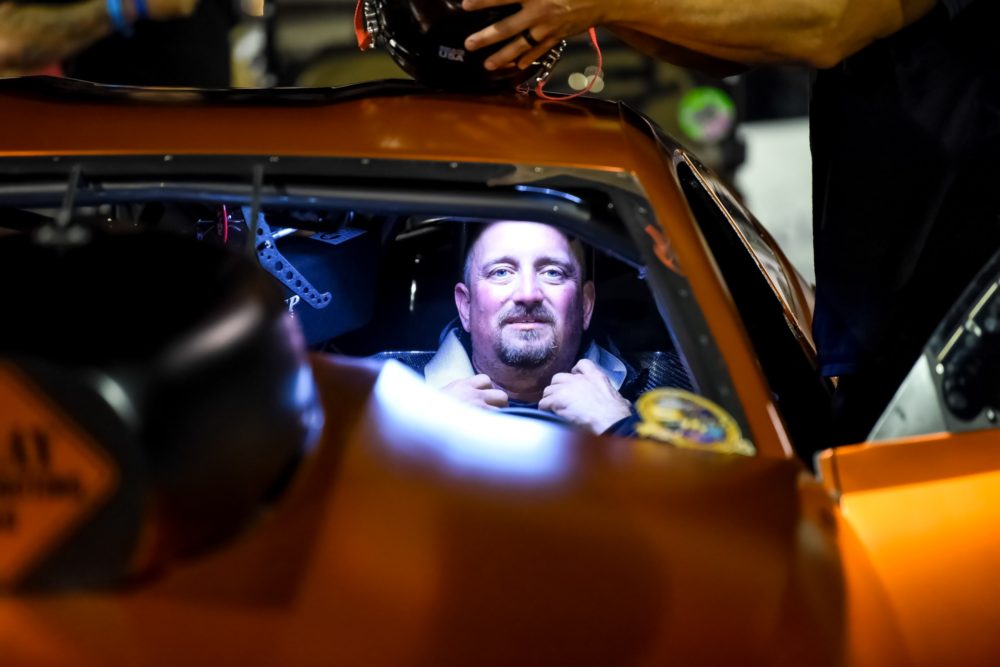 “I grew up throwing rocks and playing on the playground that was beside the staging lanes,” Gray said of his earliest memories at Orlando. “I made my first pass as a kid there as a passenger. If it rained, all the sportsman cars would line up and go down the track to dry it out. The first times I ever felt speed or tire smoke or burnouts or rode down the track were all at Orlando. So for me to climb into a Pro Mod and race it in competition for the first time in Orlando means a lot to me.”

Before Gray heads to Orlando, he needs to get his NHRA Pro Mod license. As of Monday morning, he has zero quarter-mile racing experience. That will change as Gray and crew chiefs Mike Janis and Mike Janis Jr. plan to test all week at Bradenton Motorsports Park, where Gray will familiarize himself with the roots-blown Camaro.

“I plan on asking Mike all the proper questions because he has plenty of experience,” Gray said. “I’ve talked to a few other peers of mine and got recommendations and advice from all of them. Other than that, the way I look at it is my ‘Headshot’ [Radial vs. the World] car is faster than the Pro Mod is to the eighth mile. I’ve already been that fast to the eighth mile. I know you need to have the car squared up by the eighth mile and be ready to tote the mail down to the quarter mile.”

Bradenton testing will be the trio’s first time at the track together. Gray signed on with Janis in late January after the 2018 NHRA Pro Mod champion announced his immediate retirement from driving due to a heart condition. Gray and Janis quickly hammered out a deal for Gray to drive for the Lancaster, New York-based team as they chase the E3 Spark Plugs NHRA Pro Mod world championship. 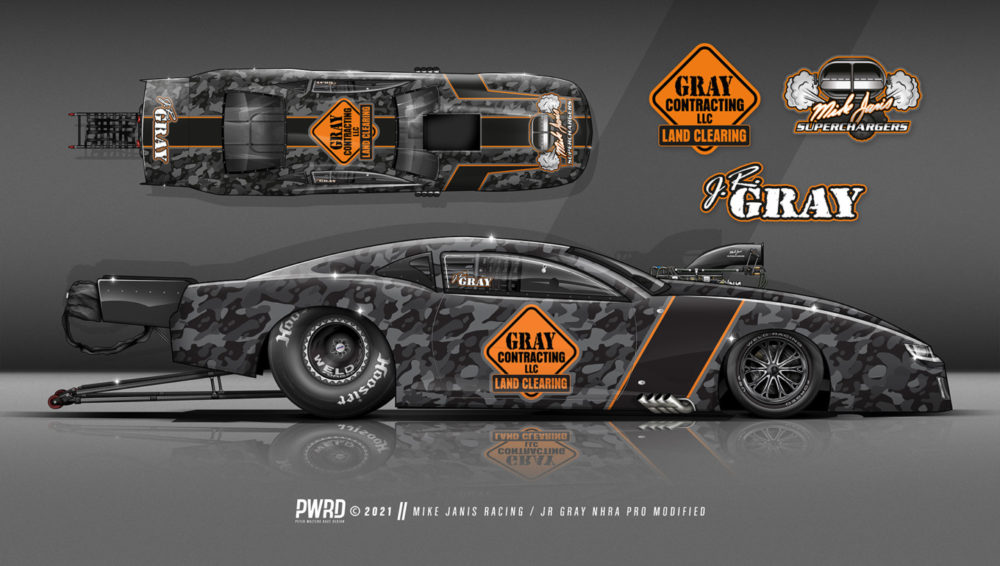 “I want to run for the full championship and give it the best go,” Gray said. “They like that I’ll do whatever it takes to win. They like that mentality and felt like that would fit into their program. They pulled the trigger with me and trusted me and we’re off to the races.”

The idea of racing against some of the best Pro Mod drivers in the world is almost overwhelming for Gray, who recently won the N/T Small-Block shootout at Lights Out 12 in his nitrous-fed “Jason X” Mustang over the weekend.

“Every time I race [something new], I feel like I’m reaching the pinnacle of my career,” Gray said. “Five years ago, I never thought I’d have a Radial vs. the World car. Six years ago, I never thought I’d have one of the leading grudge cars in America. We’ve had a lot of dedication and the right people fall into place every time to make my dreams happen. To go and line up against the veterans of the sport, it’s going to be amazing.” 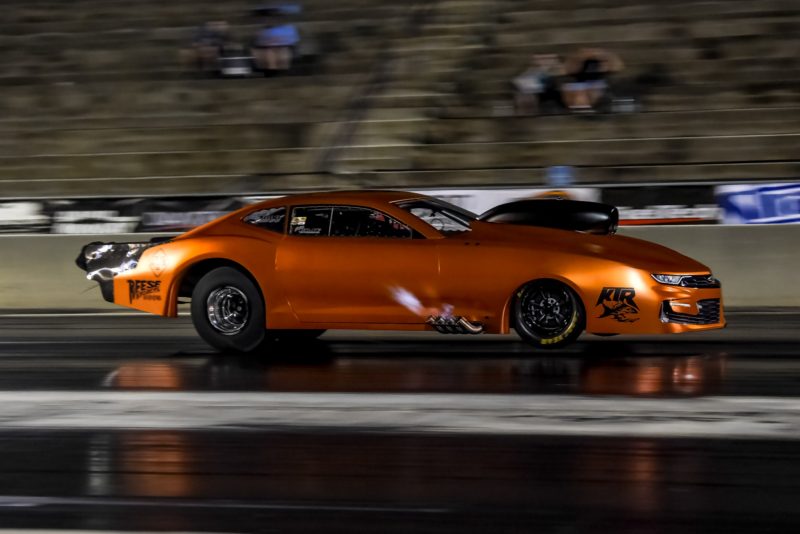 Considering the car’s championship pedigree and Gray’s abilities behind the wheel, he expects to be a serious player right out of the gate.

But Gray is just eager to get started. He’s rolling into Orlando with primary sponsorship from his own Gray Contracting firm, as well as support from local businesses like W.B. Henry Contracting.

He’ll race using one of his late father’s old NHRA competition numbers, C270, as a tribute. It all adds up to create a storybook weekend for Gray before racing even begins.

“Why I love drag racing so much is because of Orlando Speed World,” Gray said. “That’s where I grew up until I was 12 years old. Timing is everything, and it happens to be that the first Pro Mod race I’ll be in is at Orlando. I’m really looking forward to it and it really means a lot to me. I really think we have some good things to come and I believe my dad and my grandpa will be right there with me.”