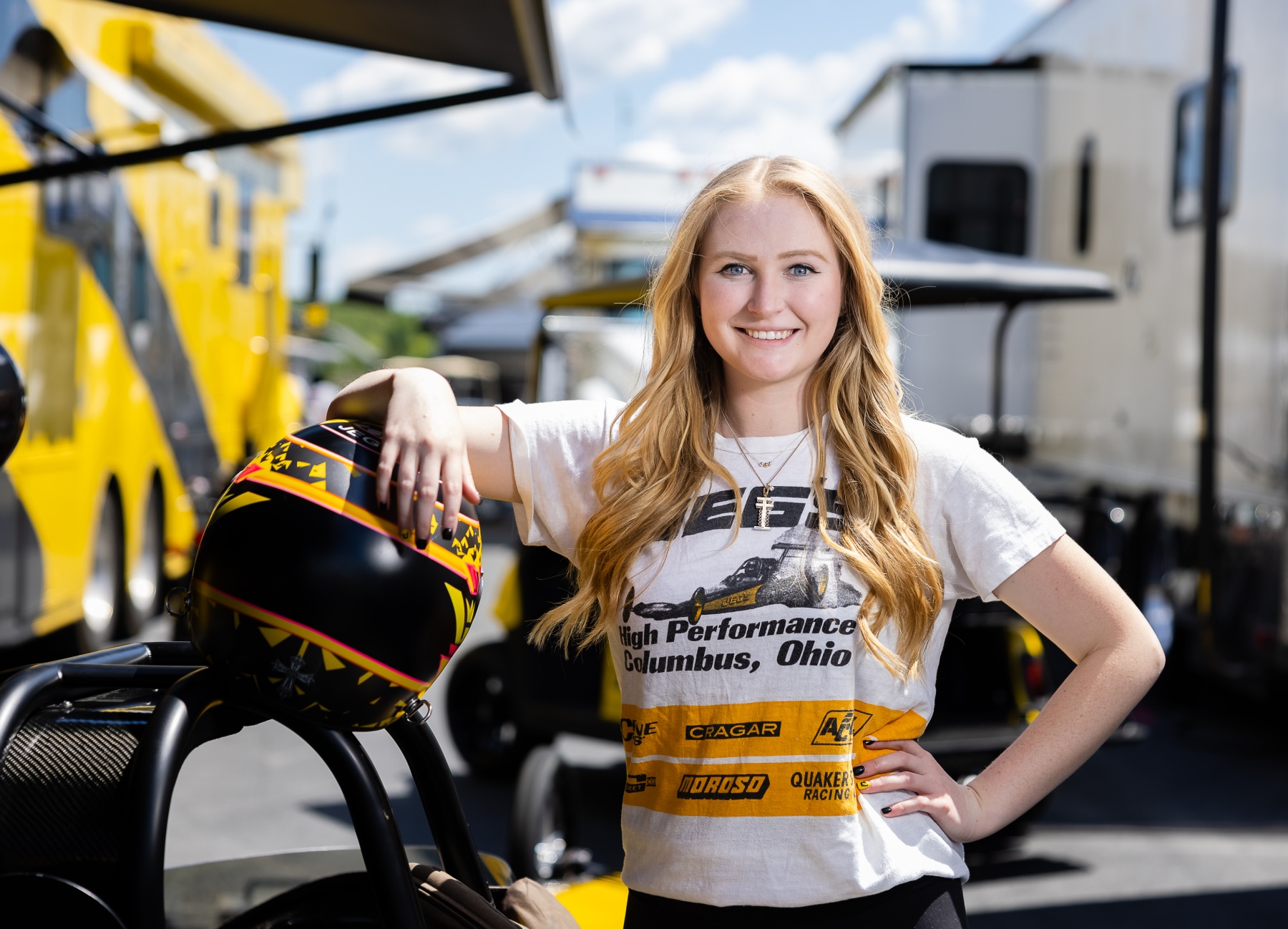 In drag racing, there are few families with a history as rich as the Coughlin family. From Jeg Coughlin Sr., who launched JEGS High Performance as a small speed shop in 1960, to the four Coughlin brothers, and now Jeg Sr.’s grandchildren, the central Ohio family has been putting the JEGS yellow and black colors in the winner’s circle for three generations. Paige Coughlin, one of Troy Coughlin Sr.’s three daughters, is determined to leave her own mark on the family legacy.

Between her studies at Miami University of Ohio, Coughlin drives one of the family’s JEGS.com dragsters in Super Comp and bracket races ranging from local events to big-money bracket races. She also works at JEGS in the accounting department, where she’s learned the ropes of the family business since she was a senior in high school.

Spending so much time with the employees at JEGS is a part of Coughlin’s inspiration to perform at a high level on the racetrack.

“I do feel this pressure to do the best that I can, but that’s because I represent something larger than myself,” Coughlin explains. “I represent JEGS.com and every one of those associates working there. It’s a proud pressure; I am proud to represent these people that make this race car go fast, that make this racing operation even possible.”

Coughlin is focused on learning as much as she can in Super Comp, her first step up after racing Jr. Dragsters in her early teens. She’s had a proven mentor in her older brother, Troy Coughlin Jr., who has multiple NHRA national event wins in the “Super” classes, including two at the prestigious U.S. Nationals. Paige shadowed TJ for a year when she was preparing to move up to Super Comp, paying attention to all the details.

“Honestly, his ability to adapt and his dedication to learn how to operate these cars effectively and safely is amazing to me,” says Coughlin, whose Super Comp accomplishments include earning a spot to compete in the 2020 JEGS Allstars specialty race. “No matter what race car he is put in, he is able to fully focus and do the best job that he possibly can. And it’s truly amazing to see him go through all these different classes.” 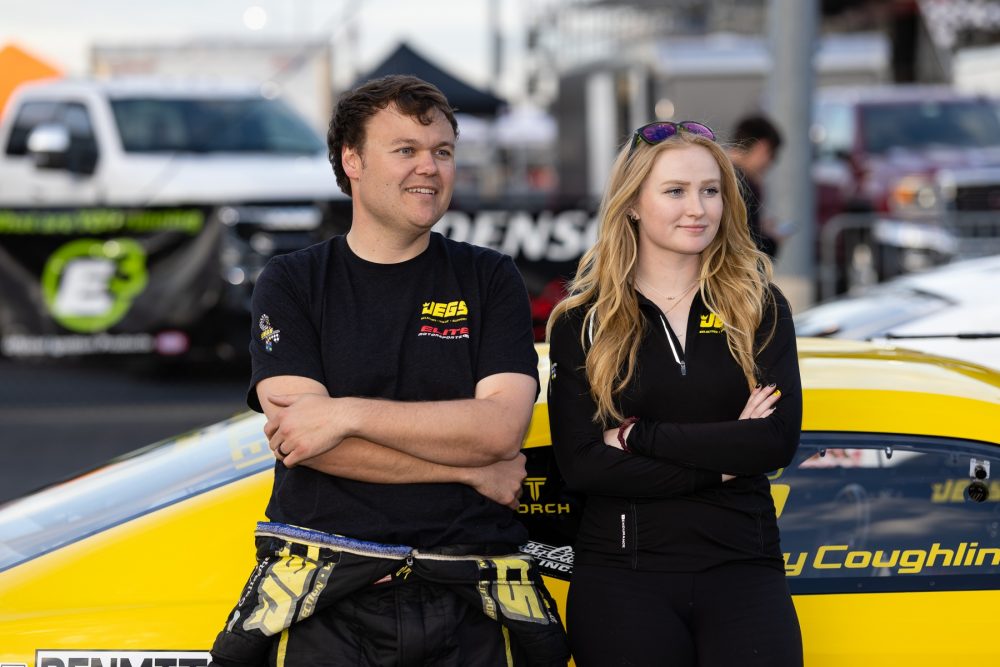 On top of Super Comp and Super Gas, TJ has competed in NHRA Pro Mod, Top Fuel, Top Alcohol Dragster, and now Pro Stock. Paige learned something new from each class and even got to warm up the JEGS.com Pro Stock Camaro at the recent Four-Wide Nationals in Charlotte. It might seem like a preview of her next step, but she’s more interested in following in her dad’s footsteps in Pro Mod.

“My ultimate goal is to be just like my dad and drive Pro Modified,” Coughlin says. “If a Pro Stock seat opened up, no hesitation, I would take it for sure. But my lifetime goal is to become a Pro Modified driver. I’ve always looked up to my dad and his ability to drive, and that’s what I want to be someday.”

Coughlin is in no rush to move up to Pro Mod, though. She’ll spend the rest of the season racing in NHRA Division 3 Super Comp and various bracket races with her cousins, Makenna Brown, Jack Coughlin and Clay Coughlin. It’s all a part of the learning process to ensure that when the time comes to jump into a Pro Mod car, she’ll be ready.

“It’s been really exciting to see all my family members excel in their areas of racing,” says Coughlin, who will join the Drag Illustrated team as a summer intern going into her final year as a strategic communication major. “It makes me really excited to be able to carry on that legacy, as we call it the Coughlin legacy, in the sport of drag racing. I’m looking forward to filling those shoes and just taking in all the knowledge and experience that I can get.”