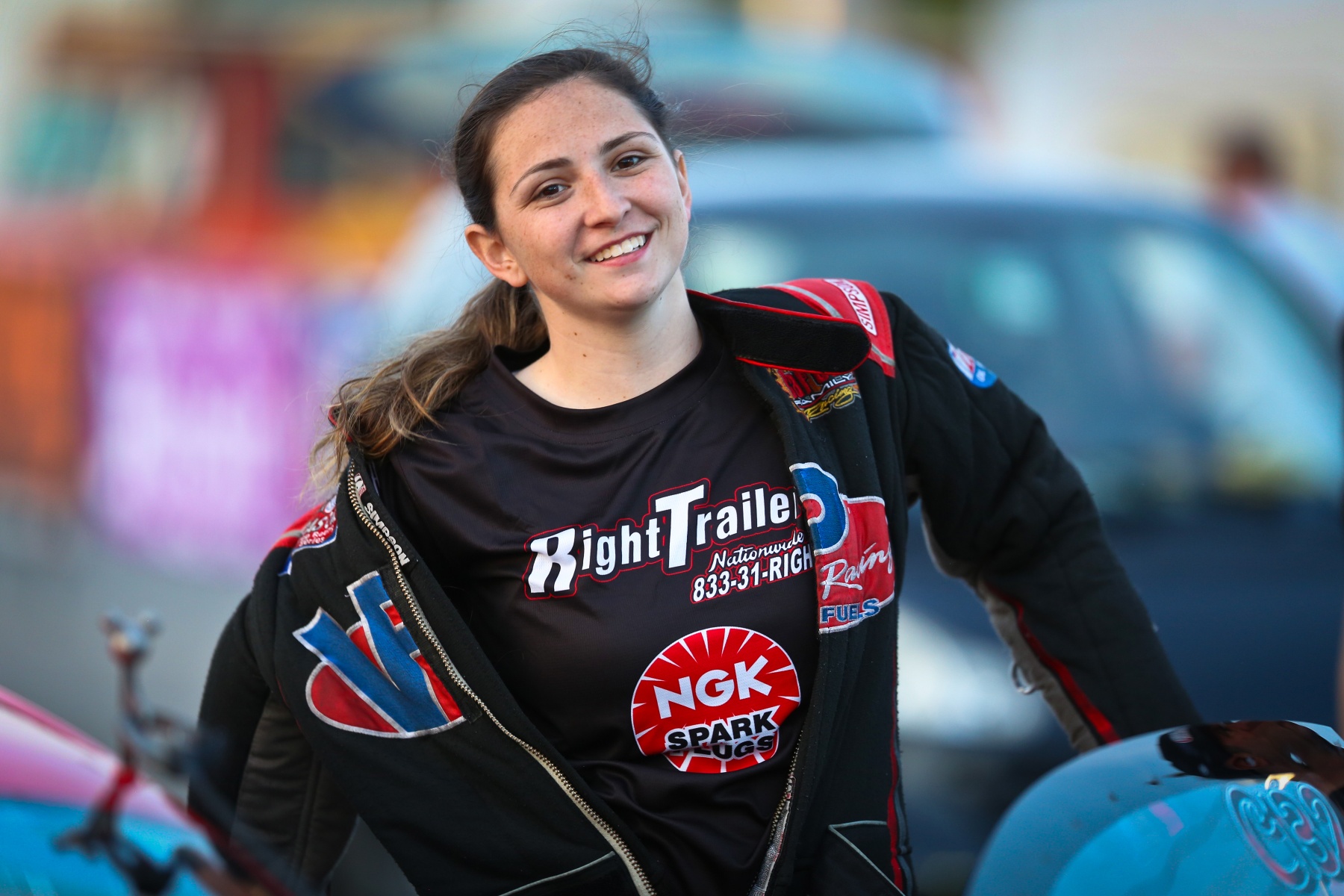 Camrie Caruso always thought she wanted to be a Pro Mod driver. For the last handful of years, she’s watched her dad, Marc, race his roots-blown Camaro in PDRA Pro Boost and NHRA Pro Mod. Getting in that car was her end goal for so long, but after jumping into PDRA’s Pro Outlaw 632 class this year, she’s realizing the naturally aspirated world might be for her – at least for the time being.

“Now that I’ve gotten into [the Pro Outlaw 632 car] and I’ve driven it a bunch, I definitely love this stuff just as much as I thought I would love Pro Mod,” says Caruso, whose accomplishments include race wins in PDRA Top Dragster and NHRA Top Alcohol Dragster. “I’ll always want to try Pro Mod – that’s still my goal – but I think for a while we’ll stick with the naturally aspirated.”

Caruso is just a couple races into her new venture in Pro Outlaw 632, where she’s driving a ’09 Pontiac GXP formerly driven by Elite Motorsports team owner Richard Freeman in Mountain Motor Pro Stock. Aside from the 3V Performance-built 632ci engine under the hood, the car is still set up like a Mountain Motor Pro Stock car. Later this season, the car will return to MMPS competition, as Caruso plans to run NHRA’s version of the class at the Brainerd and Charlotte races – with a bigger engine, of course.

Racing in Pro Outlaw 632 with a tamed version of a Mountain Motor Pro Stock car has proven to be a valuable training process for Caruso. She made her debut at the season-opening PDRA East Coast Nationals, where she made her first full eighth-mile pass in the car during the first qualifying session. She qualified No. 13 and went out in the first round, then showed major improvement with a No. 6 start and first-round win at the Doorslammer Derby a month later. 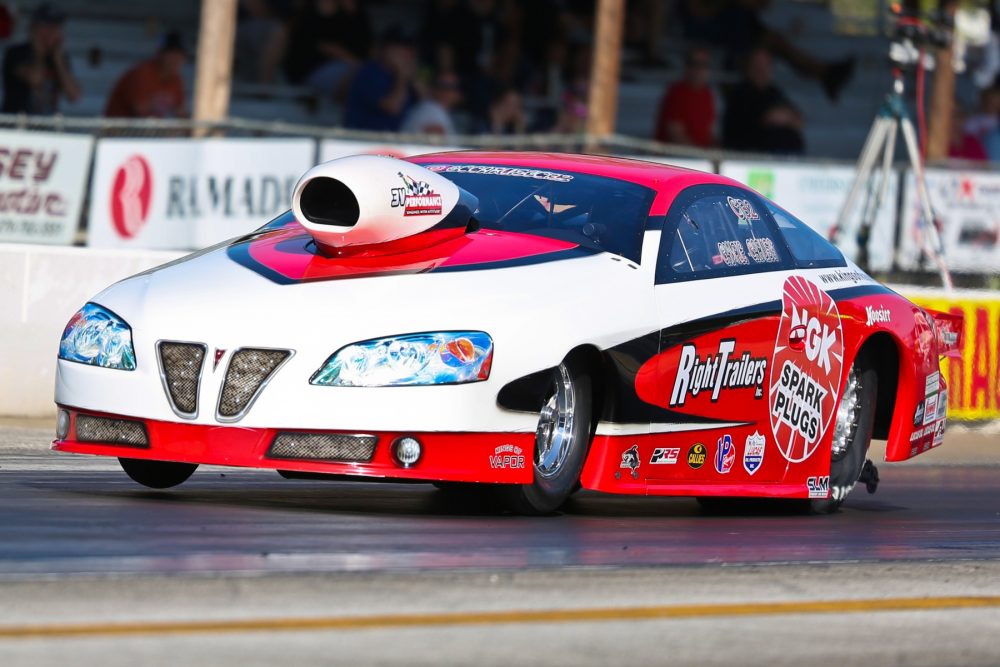 “I couldn’t be more lucky with who I’ve had in my corner through this whole process,” Caruso insists. “All the advice and support really made the difference. I was either going to completely suck at GALOT or I was going to do all right. Having all them in my corner definitely made the difference. They’ve all been in door cars and they all know how to shift. Having the best people in the class definitely made a difference.”

Caruso told Pluchino at the start of the year that winning the championship was her goal for the season. The competition in Pro Outlaw 632 has since tempered those expectations, so she’s focusing on getting seat time, learning from her mentors, and getting as many round wins as possible. If that requires making changes to keep up with an increasingly competitive class, that’s what Caruso and her team will do.

“After Norwalk [in late May], we’re going to make a very big change,” Caruso starts. “We’re going to change from a Lenco to a Liberty [transmission]. That will lose about 40 pounds. We’re hoping to get close to the low 4.20s to high teens. The championship is unfortunately out of reach at this point, but that doesn’t mean we can’t shake things up.”