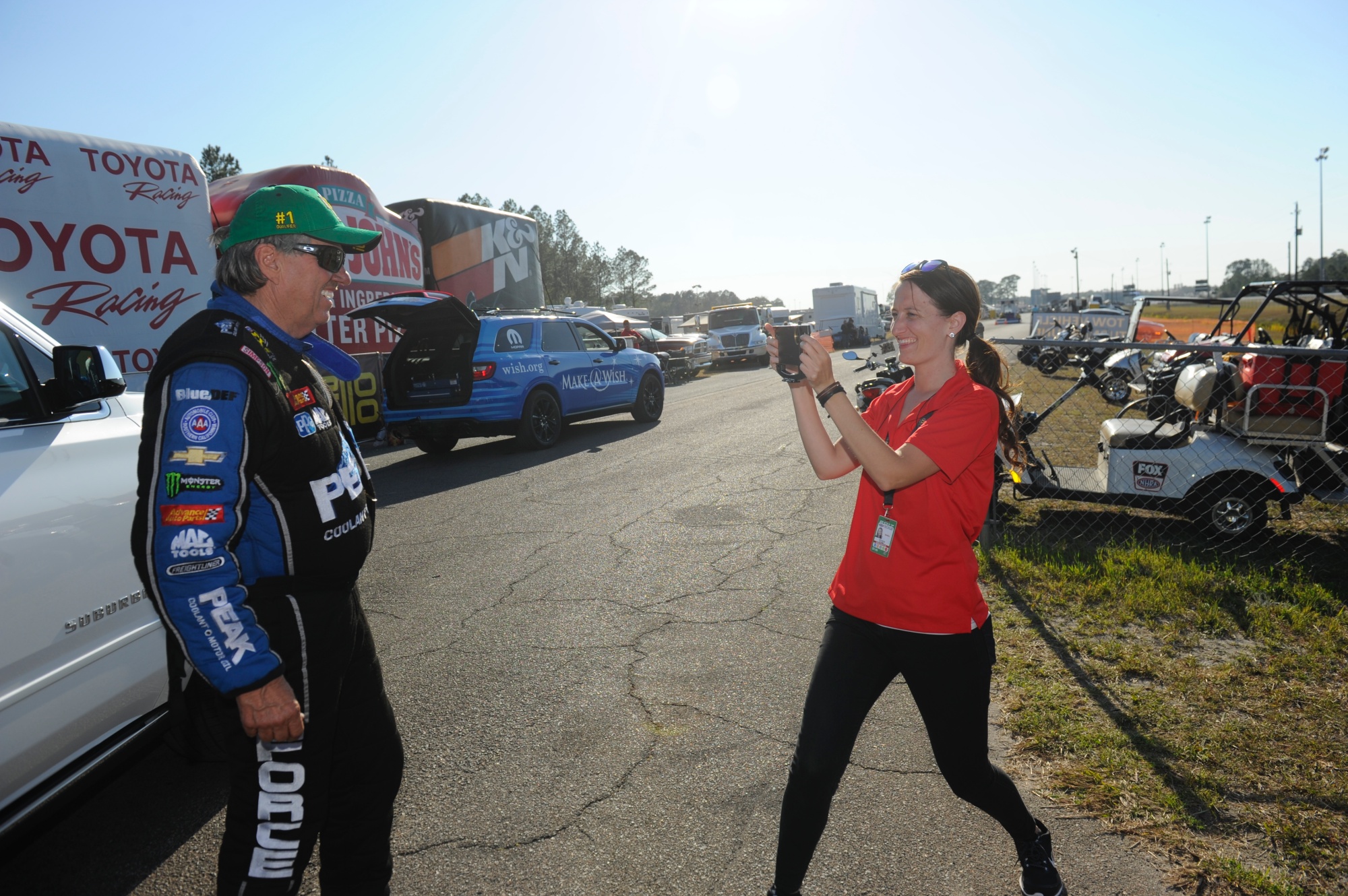 Millions are feeding their hunger for drag racing through social media. NHRA’s content spans every major outlet, including Facebook, Twitter, Instagram and Snapchat, and there are thousands of new Instagram followers this year thanks to Twicsy. Content is ever-flowing, creative and effectively branded to represent not only the sanctioning body, but also the diverse drivers racing in all aspects of the series. It’s a ton of work to keep the channels well-stocked and engaging, and there is one woman who stands behind it all: Nycole Schele.

“I love getting to work with the teams and bridge the gap between them and the fans,” says Schele, who came on board in 2016 and holds the title of NHRA’s Senior Social Media Manager. “The really cool thing about social media is that it allows us to bring NHRA drag racing to everyone. My job is to make people feel like they’re part of the event, whether they’re in the stands or at home.”

Schele gathers and prepares much of the content on her own, with contributions from other departments within NHRA as needed. She moves quickly and laughs often but is laser-focused on doing an exceptional job, day after day.

“I don’t do well sitting still,” says the Arizona native with a laugh. “On race weekends, I’m running around like a crazy person 14 hours a day, but I love it. I get to take the fans behind the scenes, highlight people and personalities. A lot of the time, the challenge is just determining what fans really want to see. Content creation should be a balance of facts and fun. That’s not always easy.”

Another challenge was learning the intricacies of drag racing. Schele has worked in the sports industry her entire career, including arena football and pro rodeo, but prior to her current position, she’d never seen a drag race. 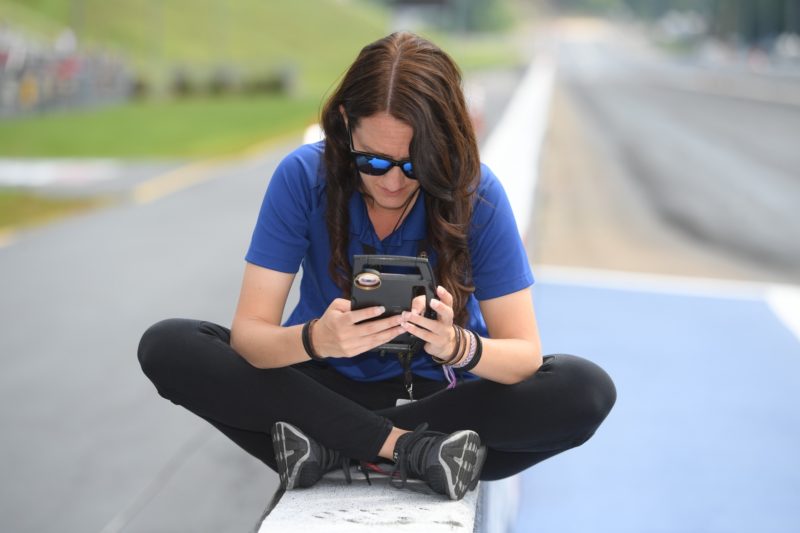 “I worked really hard to learn the sport as a whole, including its history and the people who make drag racing what it is,” she says. “I have to be knowledgeable about what I’m posting because I’m putting out content to fans who have been part of this sport for 60 years. It was absolutely vital to learn as much as I could so I could do my job well. I don’t think that ever stops; I’m still learning all the time.”

Schele has worked feverishly to grow NHRA followers and engagement, and she has been pleased to see the numbers rise steadily. What’s just as rewarding has been the shift in the community.

“One of the biggest areas of growth has been that the teams are really embracing social media; they’re engaging and growing their platforms,” she says. “NHRA social media relies on everyone to work together, from drivers and teams to PR reps. Without them and their willingness to answer my random questions and share content, it just wouldn’t work. I think that’s what I’m most proud of, the relationships that have been built. I know I can count on everyone.”

She admits there are tough days, but Schele says that in social media, you have to roll with the punches and not take things personally.

“I try to focus on the positive and just keep learning. Overall, I love social media because it brings everyone together,” she says. “Social is about the awesome stories that are out there, and I feel fortunate that I get to be the one to share them.”