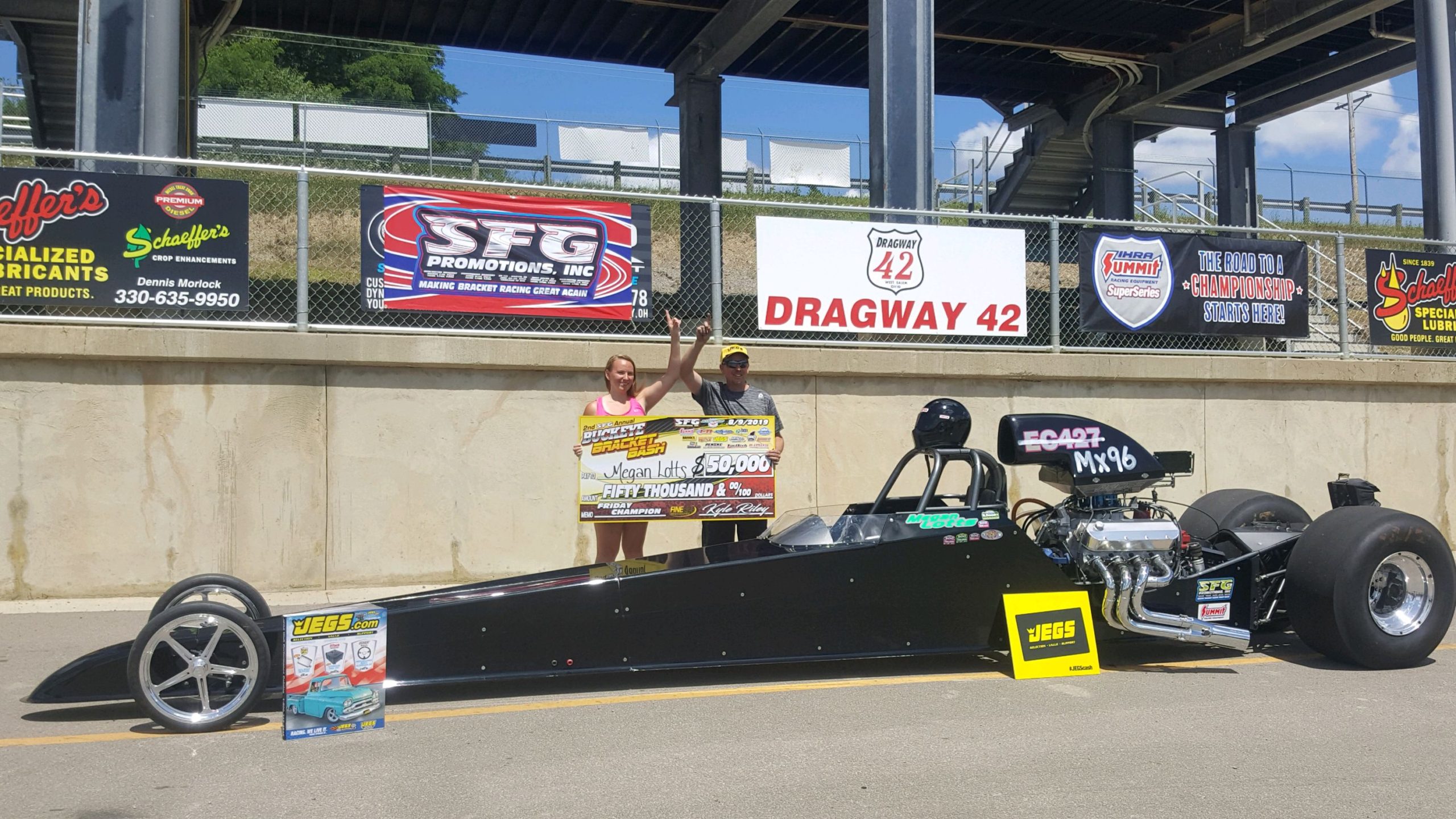 Megan Lotts started racing before she was a teenager, enjoying plenty of success in Jr. Dragster before making the move to running her father’s dragster in her late teens. It’s been a thrilling ride for Lotts, but her biggest moment came just last year at the SFG Bracket Bash at Dragway 42 in West Salem, Ohio.

She won her first big-money bracket race, as the 23-year-old Virginia native scored the $50,000 prize. Her dragster ran perfectly, she was cool under pressure and it added up to a weekend she’ll always remember.

“Just getting that win, it makes me feel like I’m able to compete against all these big-money race winners,” Lotts says. “It gives you that reassurance that you can compete. That was the biggest race I’ve ever won. It was really exciting.”

Lotts is determined to make sure it’s not a one-time thing, either. While she had won races in her father’s dragster, this was her first in her own vehicle, setting Lotts up for what could be a big 2020.

The team had some car issues early in 2019, but went on a roll after swapping motors. Lotts advanced to the semifinals of one of the $50,000 races at the Spring Fling, using that momentum to pick up the career-altering win in Ohio.

The main motor is back in the car and running well, giving Lotts more options heading into 2020.

“Once we finally got rid of the car issues, everything just started coming together more,” Lotts says. “Everything was a lot more consistent. I’ve probably improved on my driving a little more, especially at the finish line, but knowing the car is being more consistent, that makes you more confident. You just know the car is doing what it’s supposed to do, which is big.”

Off the track, Lotts’ 2020 is already off to a good start. She moved to Lexington, North Carolina, got engaged to Shannon Justice, who also races, in January and went testing in March, getting some strong results there.

The family aspect of racing, whether it’s with her father, fiancé or friends, continues to be the main draw for Lotts, but she’s got big things in mind for this year.

“I’m trying to beat that $50,000 win,” Lotts asserts. “We have plans to go to a lot of the big-money races, and that’s what we’ve been going after lately. It does make you a little nervous, but going rounds and having some success, it adds to your confidence level.”