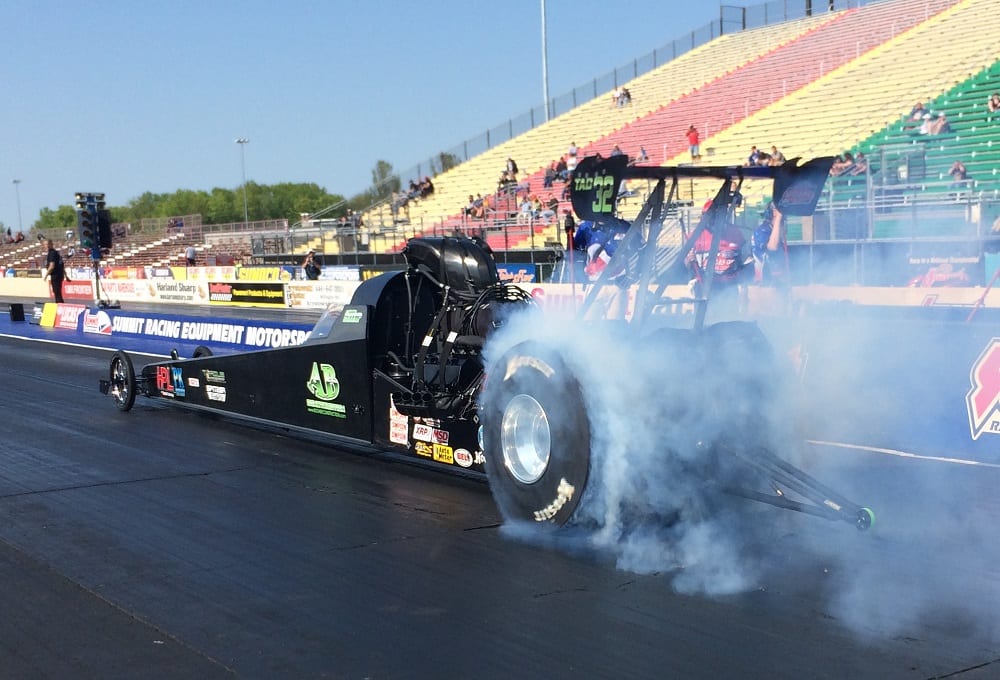 At age 30, Kirk Wolf has tried a little bit of everything in drag racing. He’s competed on the local Texas bracket racing scene, owned and managed the oldest dragstrip in the Lonestar state, and even drove a Top Fuel dragster. Now he’s stepping into the ultra-competitive NHRA Top Alcohol Dragster class as he takes over the seat of Brandon Booher’s proven blown alcohol entry for three races this season.

“It’s exciting to have the opportunity to drive for the Booher family. Brandon didn’t have to offer up the seat like he did. This is a big stretch for him, and I hope I can do well for him and his dad, Aaron.”

After meeting Booher during a previous driving opportunity earlier this spring, Wolf was offered the opportunity to pilot the torque converter-equipped dragster that Booher drove and tuned to a national event win, several regional race victories, and a NHRA North Central Region championship. The plan is to have the success carry over as Wolf takes the wheel. 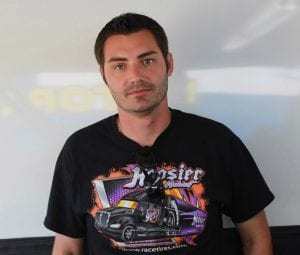 “It was really a ‘right place at the right time’ situation as Brandon and I became good friends since working together on a different team. Since I’ve been in Junior Dragsters I’ve always wanted to move up the ranks in drag racing. Fortunately I met the right person who does have a car capable of winning races so I can hopefully win my first Wally like I’ve tried to do in Super Comp and Top Dragster,” added Wolf, who recently sold Little River Dragway, a Texas dragstrip he owned since age 25.

Wolf spent most of this season attending national and regional events with Booher and his AB Construction team in order to learn all of the operational procedures, from setting up the pit area to driving the 5.3-second, 275 mph dragster. Though Wolf has driven a clutch-equipped alcohol Funny Car and a Top Fuel dragster, he’s new to the intricacies of a blown alcohol “converter car”.

“I’ve learned that driving a converter car is more difficult to drive than a clutch car or a fuel car since I’ve driven both of them. The starting line procedure is more involved than most people realize, so that will be a big learning curve for me.”

The new partnership also brings fresh opportunities for Booher, who has tuned a host of NHRA Pro Mods and PDRA Pro Extreme cars, but has never put someone else in the seat of his own car.

“I think with Brandon out of the seat and on the starting line, he’ll actually get to see how the car reacts so he has more information to go off of when he’s making the tuning calls. With the combination of Brandon’s focus on tuning and the new parts he’s put on the car recently, I think we’ll have a car capable of running 5.2s and winning races,” Wolf added.

Kirk Wolf is scheduled to make his Top Alcohol Dragster debut at the NHRA Keystone Nationals, Sept. 28-Oct. 1, at Pennsylvania’s Maple Grove Raceway. He’ll run his home race, the AAA Texas NHRA FallNationals (Oct. 12-15) in Dallas, before finishing off the season at the NHRA Toyota Nationals in Las Vegas, Oct. 26-29.

“The highlight of this three-race deal will be the opportunity to race in front of my family and friends at the Dallas race,” commented Wolf, of Horseshoe Bay, Texas. “My longtime friends and sponsors, the Philpot family, will be hosting a catered dinner for us on Saturday night. I can’t thank them enough for that kind gesture and for all of their support over the years.”