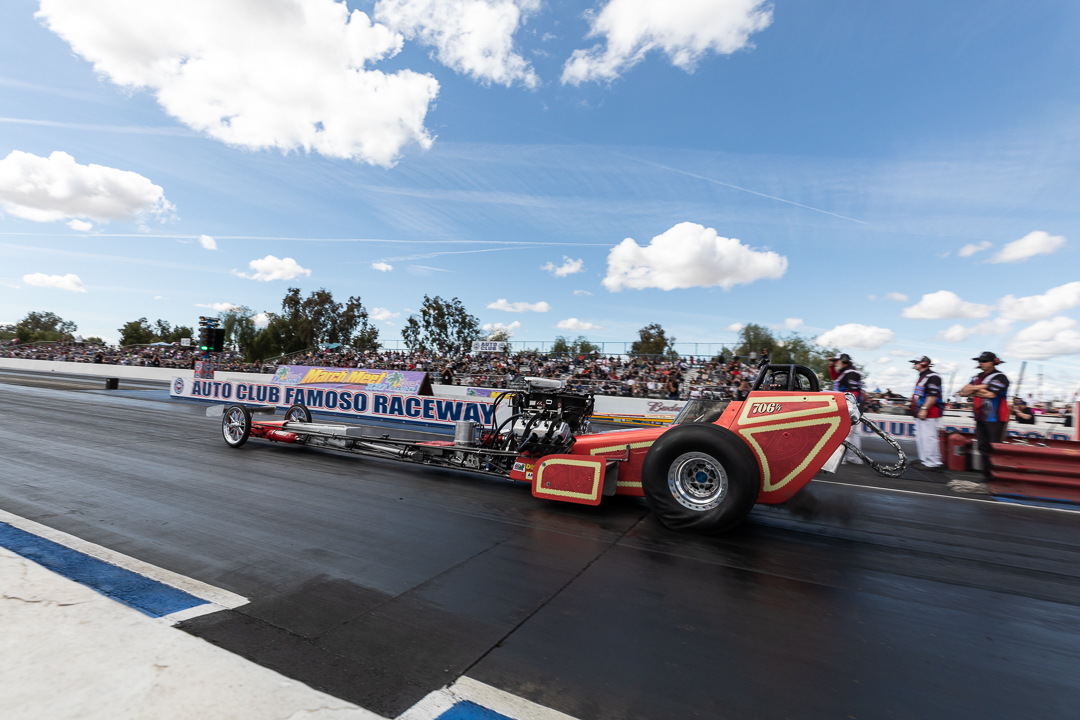 Before the event, it was already a certain that due to the passing of team owner Tom Shelar, reigning Top Fuel champion Mendy Fry and the High Speed team would be sitting out the race, if not the whole season. This left the field in Top Fuel wide open. Defending event champion Adam Sorokin brought a new car with a stunning body design, but needs to sort some gremlins out.

On the other hand, the Circuit Breaker team was nearly flawless. Sporting a fresh paint job, driver Pete Wittenberg qualified on the top of the ladder with a 5.607 at 254.81 mph. He didn’t stop there, dominating the field on Sunday during eliminations and going straight through the field to meet Tyler Hilton in the finals. Hilton qualified 7th and was looking for an upset win. Hilton left earlier, but Wittenberg ran him down and beat him with a 5.678 at 254.49 to Hilton’s 5.927 at 229.20. 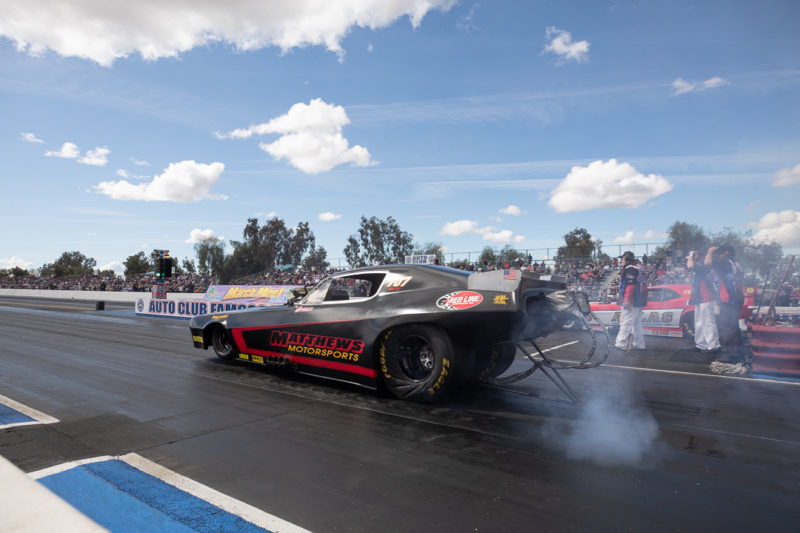 After Dan Horan Jr. went into the sand trap at the end of Auto Club Raceway during his exhibition run at the 60th anniversary Winternationals, he and his crew not only had the car back together in one piece, but also showed the 23 other AA/FC teams the way, qualifying in the No. 1 spot with a track record-setting 5.547 at 264.49. Talk about a comeback.

Unfortunately, the team’s possible Cinderella story was prematurely ended by No. 16 qualifier Matt Melendez, who upset Horan in the first round in his “Cackling Critter” Dodge. Melendez went on going rounds and ended up in the final against the No. 3 qualifier, Matt Bynum. Bynum himself ran consistently the quickest numbers of the field round after round and continued to do so in the finals, beating Melendez in an exciting round with his 5.617 at 250.13 to defeat Melendez’s 5.749 at 224.73. 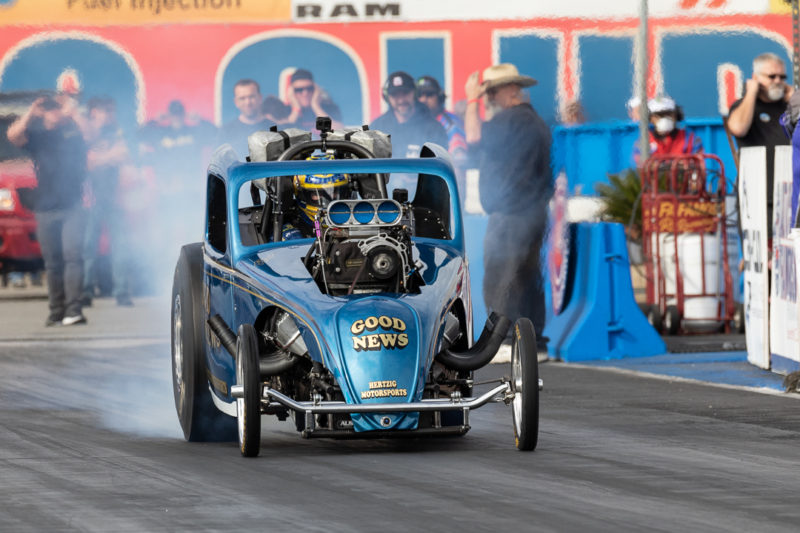 The wild and wacky Fuel Altered class was as spectacular as ever. Sixteen cars tried to qualify for an eight-car field. Among them was none other than NHRA Funny Car star Ron Capps, once more driving the “Good News” Fiat Topolino for the Hertzig Motorsports team. Capps struggled a bit through qualifying and barely made the field. But after taking the first-round upset win over No. 1 qualifier James Generalao, he went on to beat Mark Whynaught in the semifinals and suddenly saw himself against Robert Winefsky in the finals.

Winefsky showed some nerves and red-lighted, handing over the win to an overwhelmed Capps. Joyfully, Capps later stated in an emotional top-end interview that his childhood dream just came true. 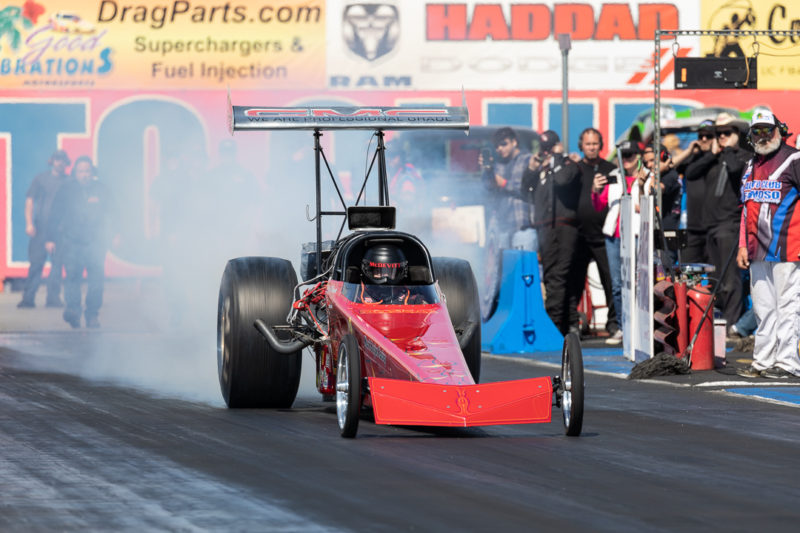 Another highlight was the addition of the highly anticipated Nitro Comp Class, which puts dragsters, Funny Cars and altereds in a mix under a 5.90 ET index. The class entertained with the diversity of cars and close, side-by-side runs. One of the closest decisions was the final between No. 1 qualifier Chris Davis in his Funny Car against Billy McDevitt in a rear-engine Top Fuel dragster. McDevitt beat Davis with a 6.089 at 206.35 to Davis’ slightly slower 6.097 at 243.77 run.