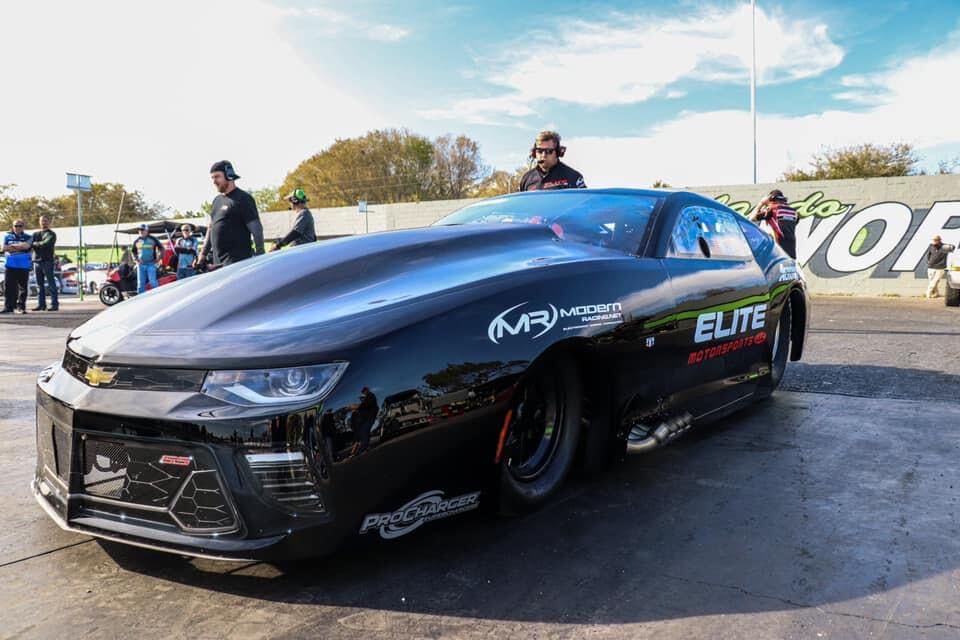 When an open seat came up for the Elite Motorsports-owned ProCharger-powered Pro Mod Camaro heading into this weekend’s NHRA FallNationals in Dallas, one name immediately came to Steve Matusek and Richard Freeman to fill the spot: Alex Laughlin.

The versatile standout will fill the role of “hired gun” in the Pro Mod that Matusek originally planned to campaign at the Texas Motorplex. A number of variables will keep him from racing this weekend, but in his place will be Laughlin, who will now perform double-duty in Pro Stock and Pro Mod at his home track, with EliteHP providing the sponsorship on the Pro Mod side.

“I’m so excited for Alex to get to capitalize on this situation. He’s a great driver that will do the car and team very proud,” Matusek said. “He’s a marketable guy and even more of a fantastic ‘hired shoe.’ I look forward to rooting for Team Elite from the sidelines this weekend.”

For Laughlin, the opportunity came about quickly on Tuesday. Fresh off racing in Radial vs. the World at the “Sweet 16 3.0” in Valdosta, he will now be extremely busy in Dallas.

But these are the scenarios where Laughlin has thrived, jumping into a Pro Mod owned by the Caruso Family Racing team in Orlando for the first time before winning the Drag Illustrated World Doorslammer Nationals in March. Replicating that would be ideal, but Laughlin is simply enjoying the opportunity to be called upon when unique racing situations present themselves.

“This is something I’ve been hoping would happen for a long time. After driving so many different things, I wanted to create this space for myself where I can be a shoe-in for somebody’s car,” Laughlin said. “If somebody needs to hire a driver, I want to be the guy.” 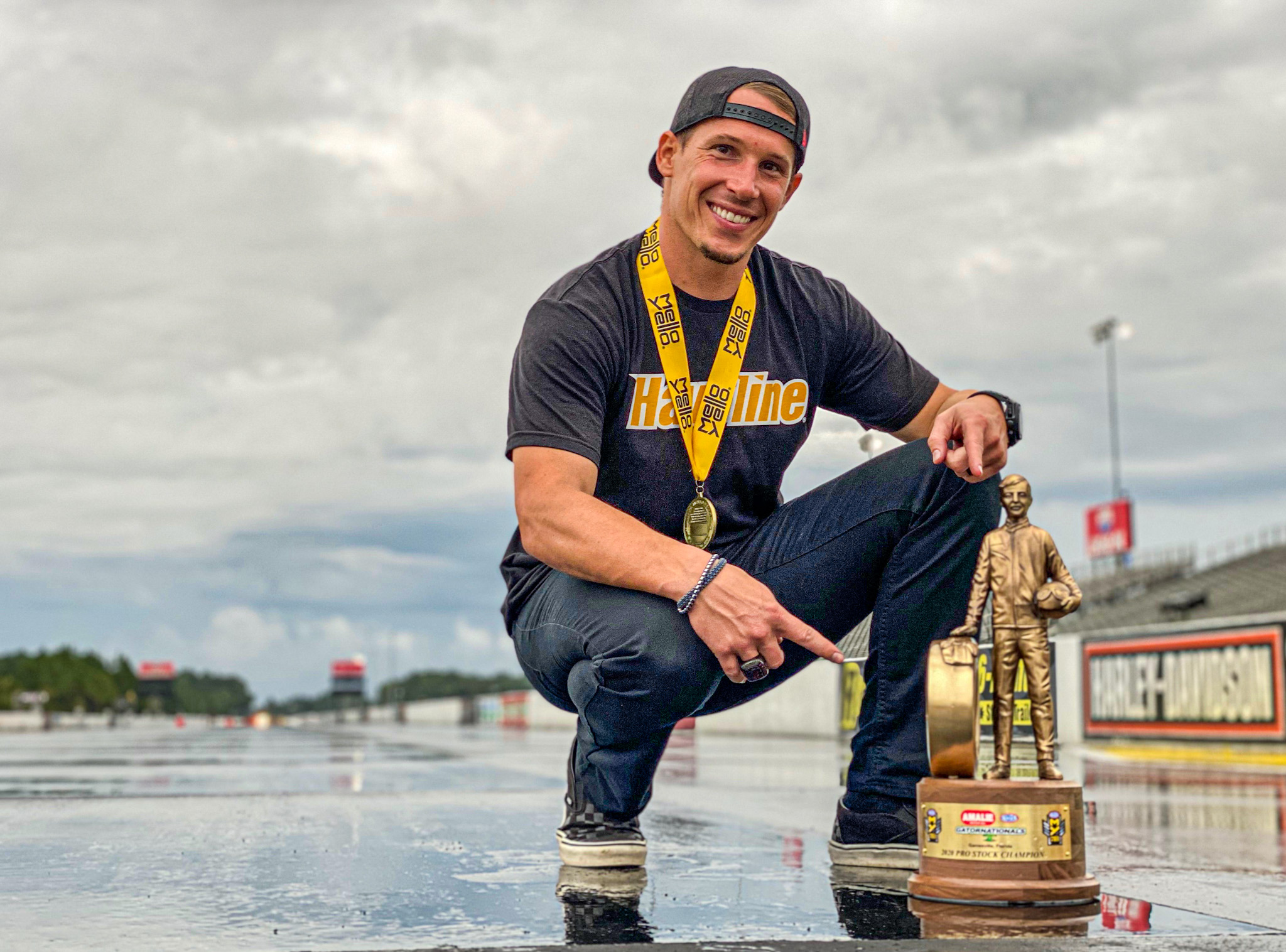 Matusek had planned to drive the car two weeks ago in St. Louis after making a triumphant return in Gainesville following a crash in his Mustang at Indy. Elite Motorsports and Modern Racing worked quickly to have the RJ Race Cars ProCharger Camaro ready for the next race, with Matusek turning in a solid showing at the Gatornationals.

Weather conditions postponed racing in St. Louis, and Matusek stated a number of factors, including a major family event, tied into him not racing in Dallas.

“A lot of variables went into making the decision not to run the Dallas race in our Elite Motorsports entry,” Matusek said. “For starters, and most important, my daughter is going to make me a grandfather any day now. With all of the COVID-related restrictions at hospitals, we want to make sure my wife, Lori, and I do everything possible to be as safe as we can so we can be around my family and our new addition without risk.

“On another note, there have been some decisions by the sanctioning body regarding the Pro Mod class that I have been extremely unsatisfied with. There are just a lot of little things that helped us easily make the decision to put our family first and sit these next two races out.”

Laughlin fits the bill as a super sub, also crediting Marty Robertson and EliteHP for the partnership to make the weekend possible.

It will be his first official race driving a ProCharger car, but he does have experience, testing the same Camaro in Darlington earlier this year as soon as Justin Elkes finished it.

That could pay dividends for Laughlin, who won in Pro Stock at the Gatornationals and also came away impressed with the potential of the power adder.

“It ran really well in testing and it’s a combination that’s been very competitive (in NHRA Pro Mod) this year,” Laughlin said. “What’s wild to me from a driving standpoint, it doesn’t drive like anything else. It’s kind of its own thing and has its own personality. But I feel super confident with it and if the car can run well, I believe that we can be competitive and even win the race. The combination has done well, and looking back to Orlando (for the World Doorslammer Nationals), I had never even seen that car before in person.” 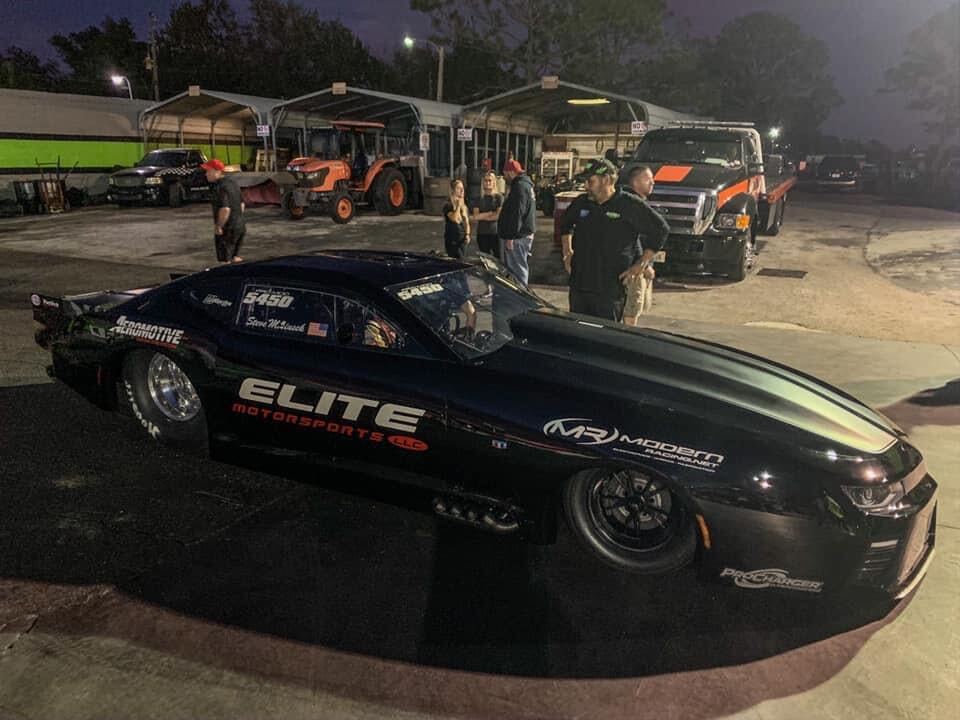 That worked out quite well for Laughlin, and he’s hopeful for a repeat scenario in Dallas. He’ll also have two chances to win in front of family and friends, making for what will surely be a hectic weekend.

He’s teamed up with two local companies for the weekend as well – Eagle Marine for the Pro Stock Camaro, and EliteHP for the Pro Mod ride — which gives Laughlin even more incentive to put on a show.